‘He’s got the ability and he deserves to win it’: Michael Owen says Mo Salah deserves the Ballon d’Or if Liverpool win Champions League

The two European heavyweights face-off in Kiev on May 26 with many fans believing the winning team will swing the decision between Salah and Madrid’s Cristiano Ronaldo.

Owen, speaking courtesy of Sports Tonight/Dubai Eye 103.8, told Omnisport: ‘Absolutely. I mean, the way he’s playing, let’s put it this way: he’s got the ability, and he deserves to win it. 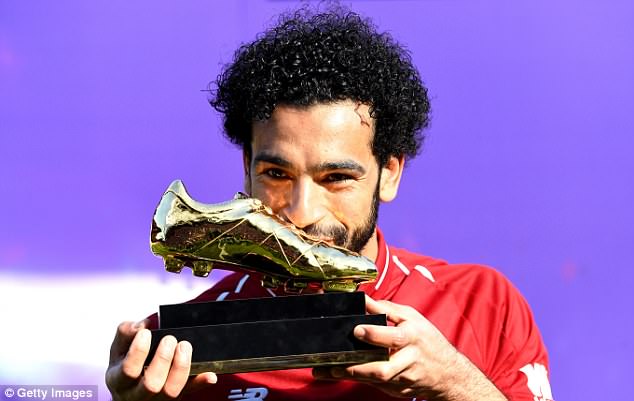 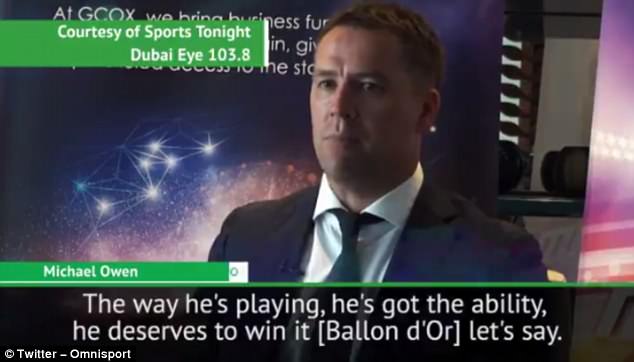 Owen, speaking to Omnisport, believes Salah would merit the accolade if the Reds win in Kiev

‘It just depends on what medals he wins at the end of the season. You can have a great season [but] if you win nothing, then you’re very unlikely. You need a goodwill cup or to win the Champions League.

‘But if Liverpool win the Champions League, he’d have a right chance I think.

‘Because he’s done it for Egypt, he’s had a good year for his national team and of course he’s been sensational for Liverpool as well.’ 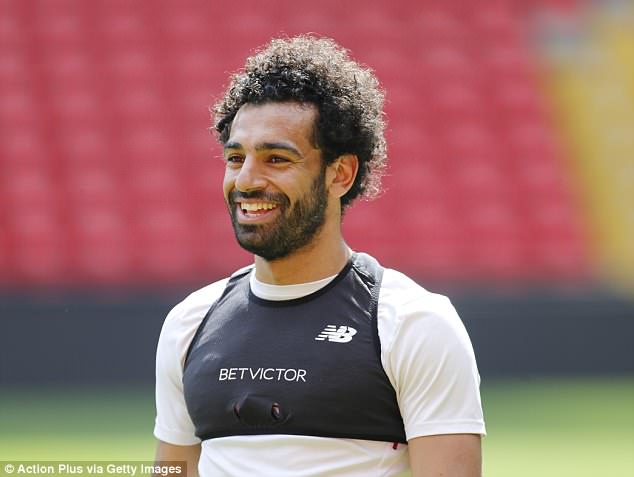 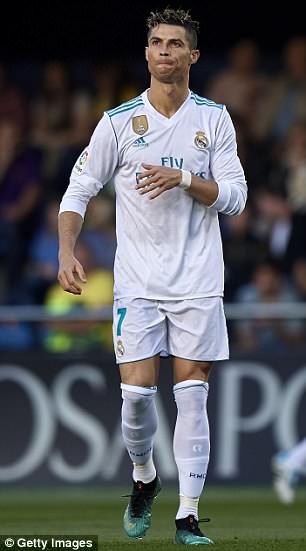 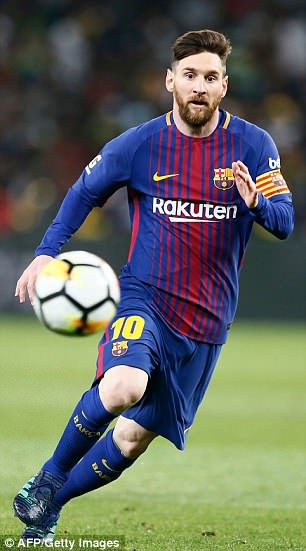 Salah has enjoyed a stunning first season at Anfield, scoring 44 goals across all competitions, with 11 goals in 14 appearances in European competition.

The PFA Player of the Year and Football Writers’ Footballer of the Year has defied expectations for Jurgen Klopp’s side and will relish the chance to take on Ronaldo in Ukraine on the biggest stage.

It would be a landmark moment should Salah go on to win the gong. No player has broken the Ronaldo-Lionel Messi dominance since 2007 but the duopoly are under serious threat this time around.