Former Conservative MP Michael Portillo has driven a flock of sheep across London Bridge as part of a centuries-old tradition in the heart of the capital.

The broadcaster, who is a freeman of the City of London, was joined by more than 600 fellow freeman in the Great Sheep Drive.

Clad in a checked wool suit and carrying a shepherd’s crook, Mr Portillo led the first drive over the bridge which was once London’s only river crossing and sole trading route. 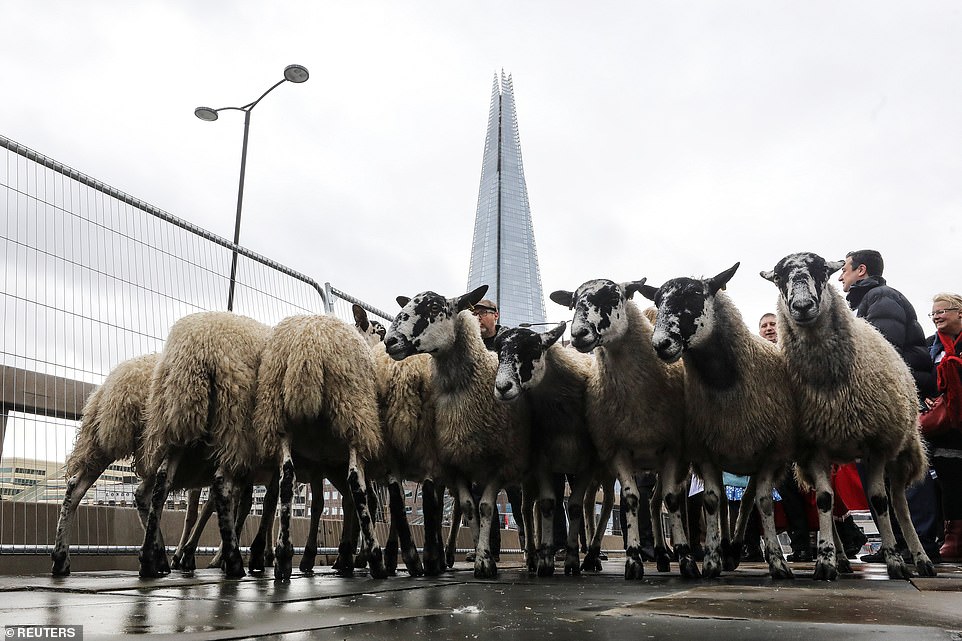 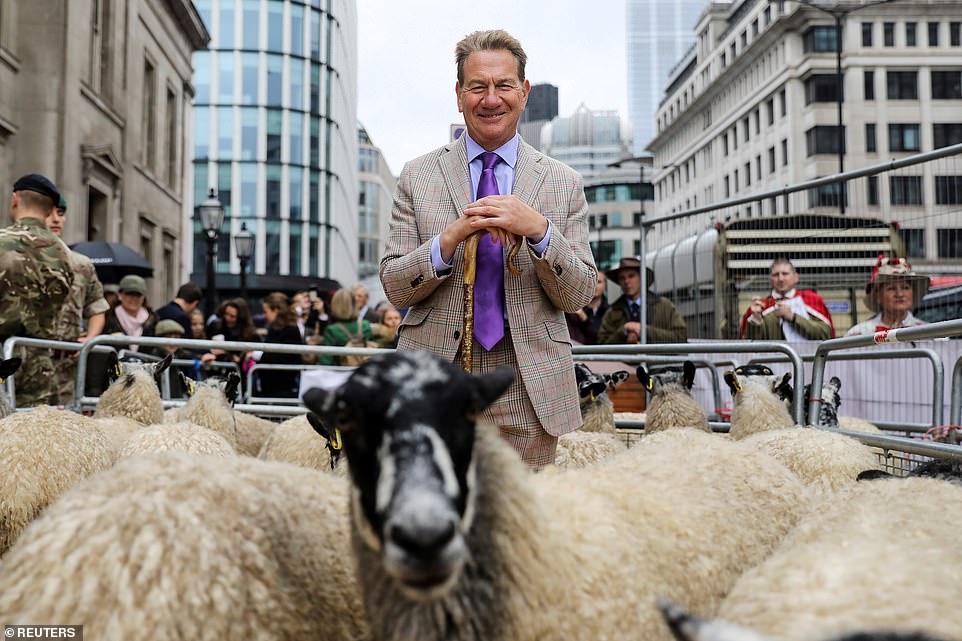 Freemen were historically allowed to bring livestock and tools into the city without paying tax in a tradition dating back to the 12th century.

Blustery conditions did not deter bemused Londoners from taking pictures of the 30-strong flock of North of England mule sheep on Sunday morning.

Mr Portillo said he had known about the tradition since he was a child and was ‘very excited’ when he was invited to take part. 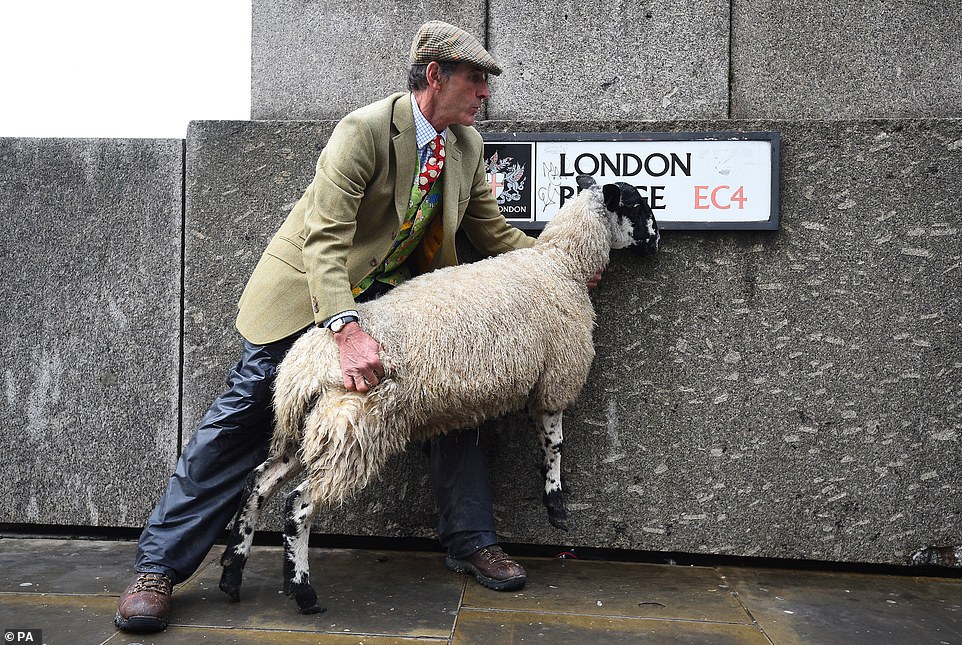 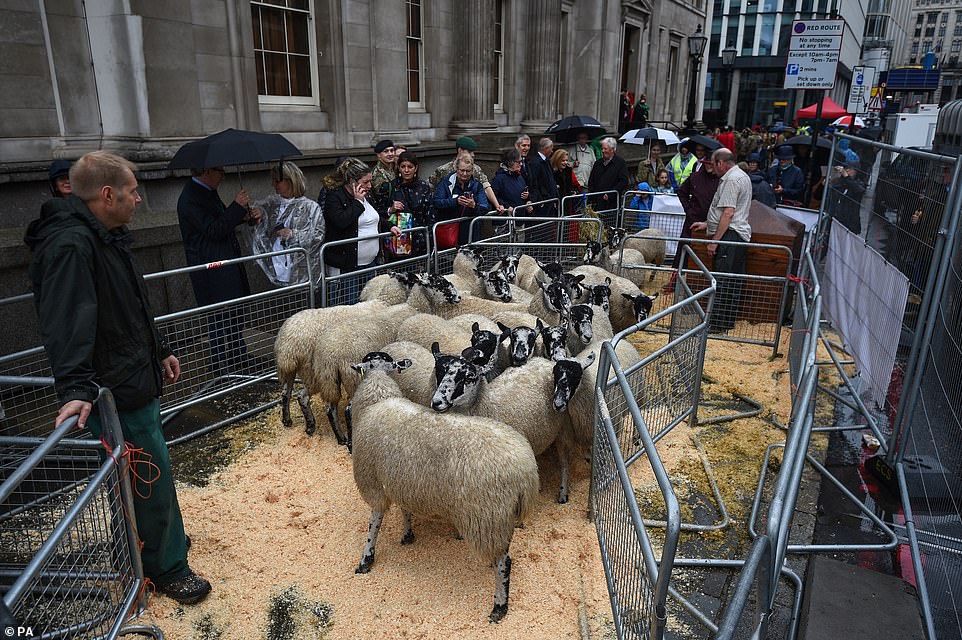 Sheep wait in a pen, much to the delight of the passing pedestrians, before being driven across London Bridge 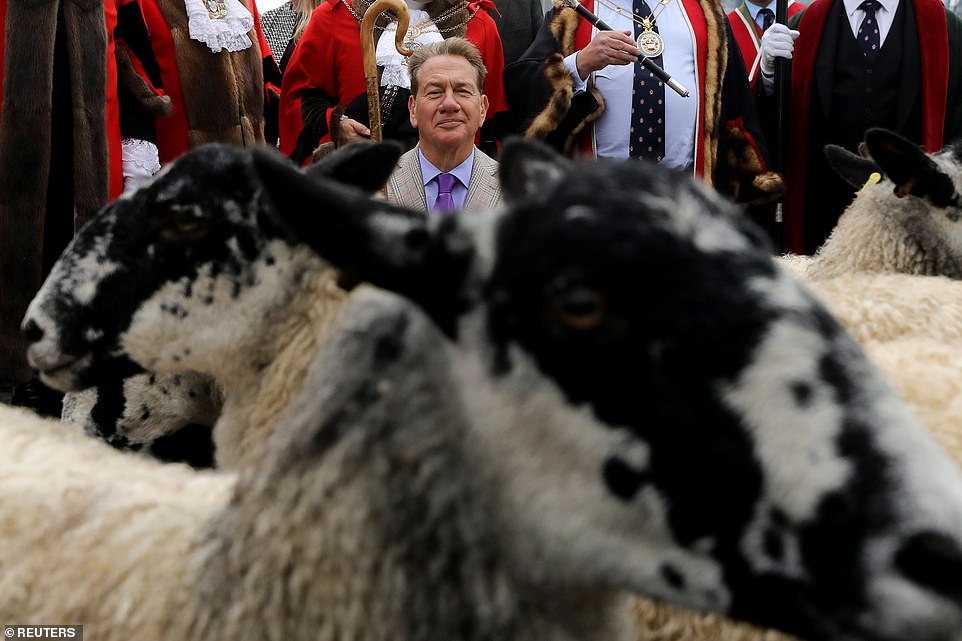 ‘People have been making their living out of wool for a very long time and we’ve been eating sheep meat for forever and a day.

‘I think it’s important to be reminded of all of those things, to be reminded what the wealth of this country used to be built on. And the ways in which we’ve adapted and found new ways to create wealth.’

Alan Titchmarsh led the drive in 2018 and previous years have seen Dame Barbara Windsor and Mary Berry kick off the proceedings. 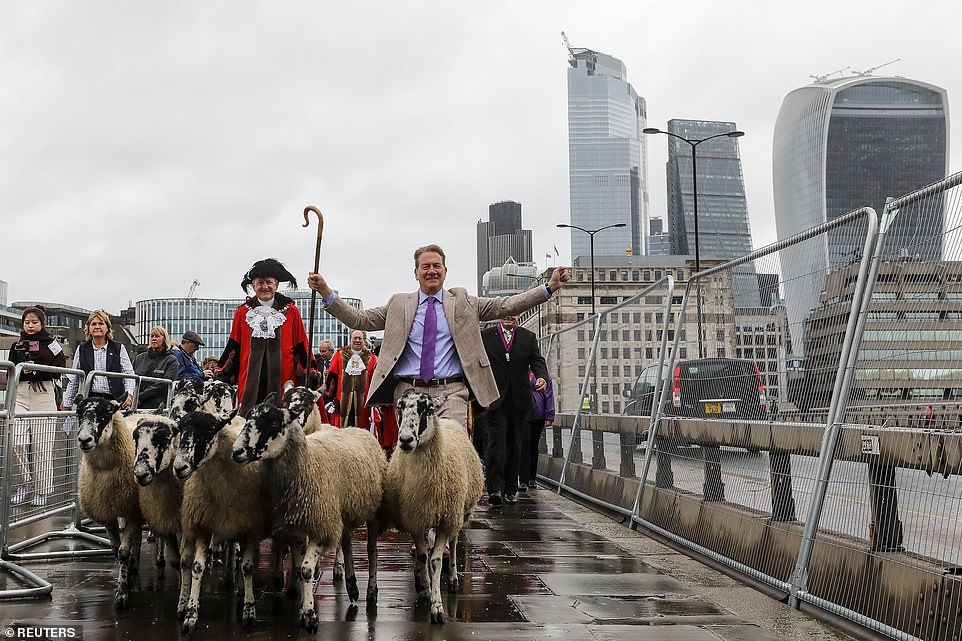 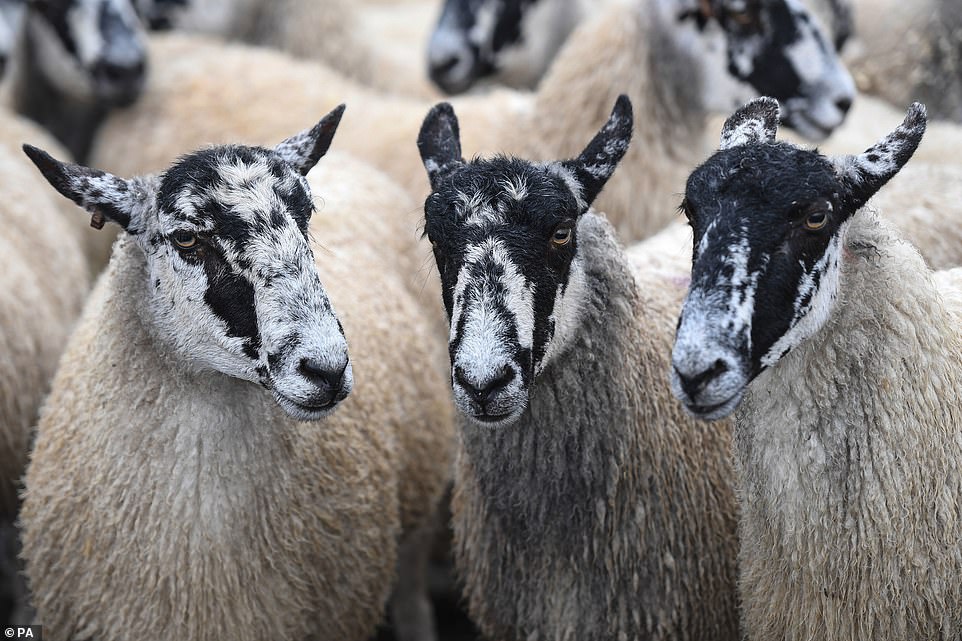 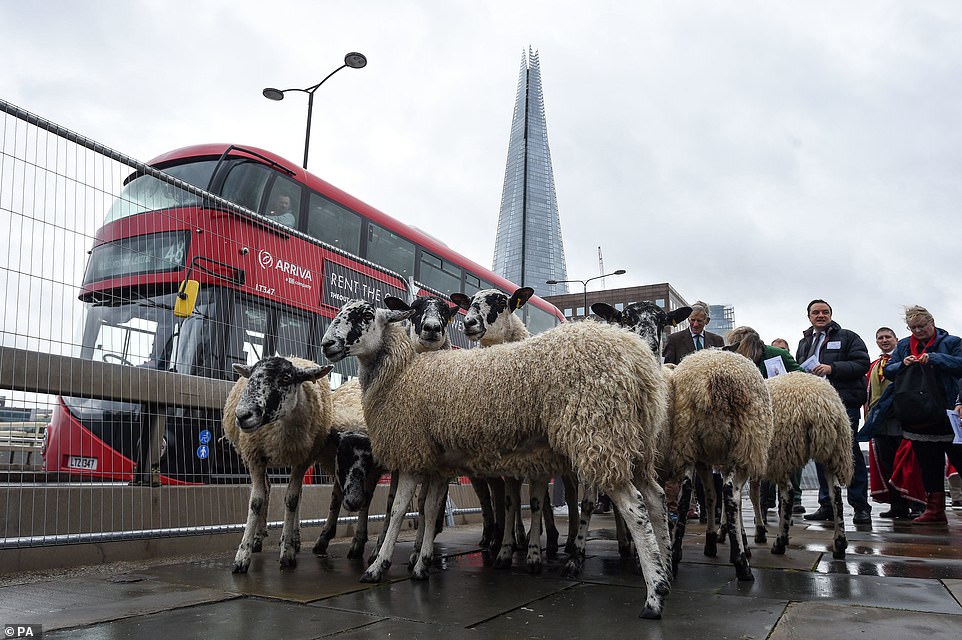 Peter Estlin, Lord Mayor of London, told PA: ‘One of the balances is how do we celebrate our history and our legacy but at the same time be relevant in the future.

‘This is a bit of fun, it’s not a formal rite nowadays, but it is actually ways in which we can get children and families to come together.

‘We’ve got 600 people crossing the bridge today and that’s fantastic, because it’s raising money for charity.’

The drive is expected to raise tens of thousands of pounds for the Lord Mayor’s Appeal and the Woolmen’s charity.

Freedom of the City

One of the oldest surviving traditional ceremonies still in existence today, London’s Freedom of the City is believed to have been first presented in 1237.

The medieval term ‘freeman’ meant someone who was not the property of a feudal lord but enjoyed privileges such as the right to earn money and own land.

Town dwellers who were protected by the charter of their town or city were often free – hence the term ‘freedom’ of the City.

From the Middle Ages and the Victorian era, the Freedom was the right to trade, enabling members of a Guild or Livery to carry out their trade or craft in the Square Mile.

In 1835, the Freedom was widened to incorporate not just members of Livery Companies but also people living or working in the City or those with a strong London connection.

The honorary title awarded by the local authorities often comes with a number of strange traditions in cities around the world.

It is now often given to celebrities or valued members of the community in what is effectively a Queen’s honours for a city.

Freemen of Newcastle upon Tyne are bestowed the right to graze cattle on the town moor, while in London, they are entitled to a silken rope if hanged and a naked sword in public.

In Dublin, freemen are entitled to bring goods for sale in the city without customs and the right to pasture sheep on common ground.

In some countries such as the US, an ornamental key is often given as a symbol of the Freedom of the City.

In the Netherlands, Belgium and Germany, the key to the city is given to the ‘prince carnival’ who then leads a religious carnival.

Calgary, Canada, offers a symbolic cowboy hat instead of a key.