Australian cricket commentator Michael Slater has opened up about his shock axing from Channel Seven after he publicly slammed Scott Morrison on Twitter.

Slater, 51, revealed his anxiety from seeing dead bodies on the streets in India played a major role in his social media attack on the Prime Minister.

In May he controversially accused Mr Morrison of having ‘blood on his hands’ for closing the border to Australians stuck in Covid-ravaged India.

The retired opening batsman told the PM in a series of tweets to get on his private jet and ‘come and witness dead bodies on the street’.

‘Amazing to smoke out the PM on a matter that is a human crisis. The panic, the fear of every Australian in India is real!! How about you take your private jet and come and witness dead bodies on the street!’

Many have blamed Slater’s behaviour on social media for costing him his job with Channel 7, causing his 20 year cricket commentary career to come to a grinding halt.

‘The tweets came from a place of sheer desperation and wanting to get home to crying kids worried about their father,’ Slater told The Courier Mail.

‘It got very emotional. We got to Ahmedabad and we went past a Covid testing site. We’d see all these dead bodies on the side of the road. I’ve never seen anything like it in my life. It was so horribly confronting.’ 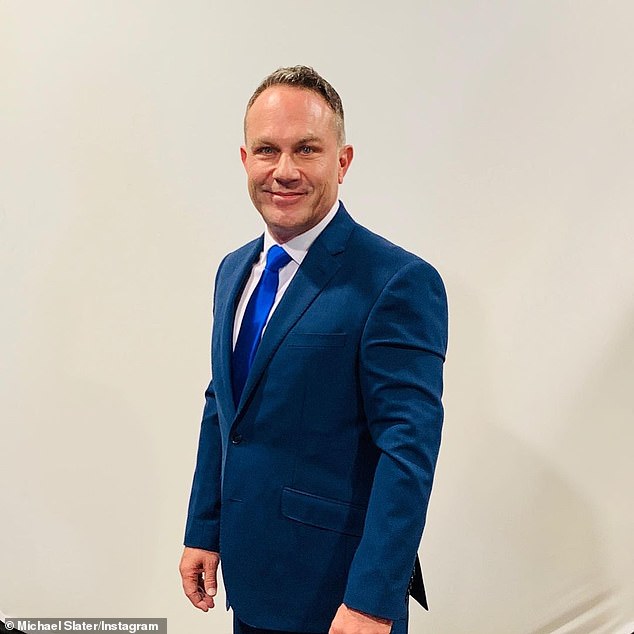 He added in hindsight he would have handled things differently, saying he was ‘completely overwhelmed’ and did not mean to be ‘disrespectful’.

‘If I had my time again, bearing in mind it could have had a link to what’s just happened to me at Channel 7, no I wouldn’t do it again,’ Slater said.

When asked if Slater would apologise to Mr Morrison for his behaviour, the 51-year-old dodged the answer by saying he supported the Prime Minister.

‘All I’ll say is that I’ll be voting for ScoMo at the next election. I admire what he does,’ he said.

Slater, who was working as a commentator for the IPL, had been a fierce critic of Australia’s policy banning its citizens in India from coming home. 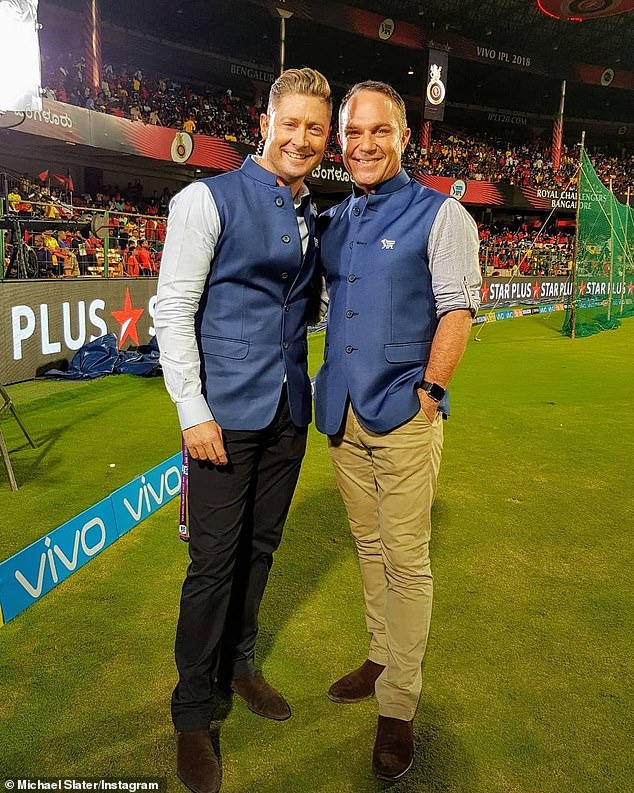 Comments: Slater, 51, accused Mr Morrison in May of having ‘blood on his hands’ for closing the border to Australians stuck in Covid-ravaged India. Pictured: Slater and Michael Clarke

Slater’s criticism of Mr Morrison sparked backlash, with many pointing out the former cricket star was making complaints from the luxurious safety of the Maldives.

‘If our Government cared for the safety of Aussies they would allow us to get home. It’s a disgrace!! Blood on your hands PM,’ Slater wrote.

In 2019 he had been the centre of another controversy when he withdrew from commentating the Big Bash League matches following an on-flight incident.

He was removed from a flight for being involved in an argument with two women.

He then reportedly locked himself in the plane’s bathroom, causing a delay in take-off, before leaving the flight. 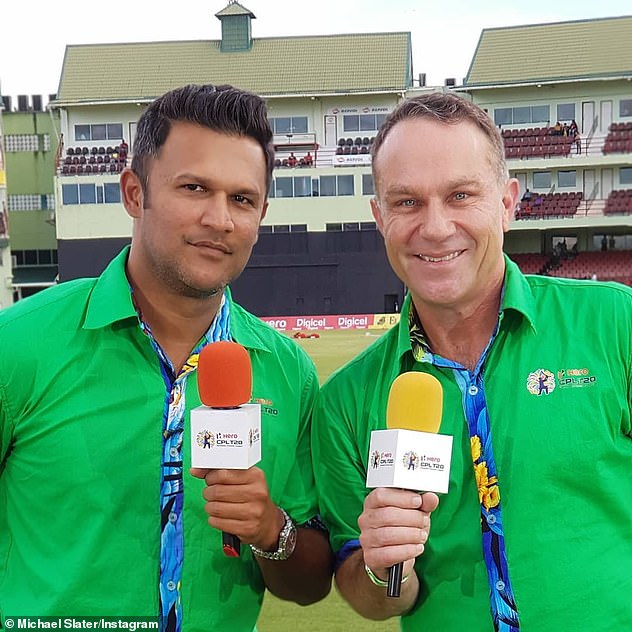 Channel Seven’s Head of Sport, Lewis Martin, told The Daily Telegraph the network had decided to part ways with Slater but insisted it was due to budgetary restraints.

‘He’s a very talented broadcaster and he’s been a ripping member of our team. It’s more about financial management than anything else and we wish Michael the very best in the future, we really do,’ he said.

Mr Martin continued: ‘Unfortunately business decisions have to be made from time to time and unfortunately we’re not in a position to renew it.’

‘He was a very popular member of our team and a very talented broadcaster. I can only expect this will only be a pause (in his career).’

Slater joined Seven in 2018 after departing from Channel Nine. 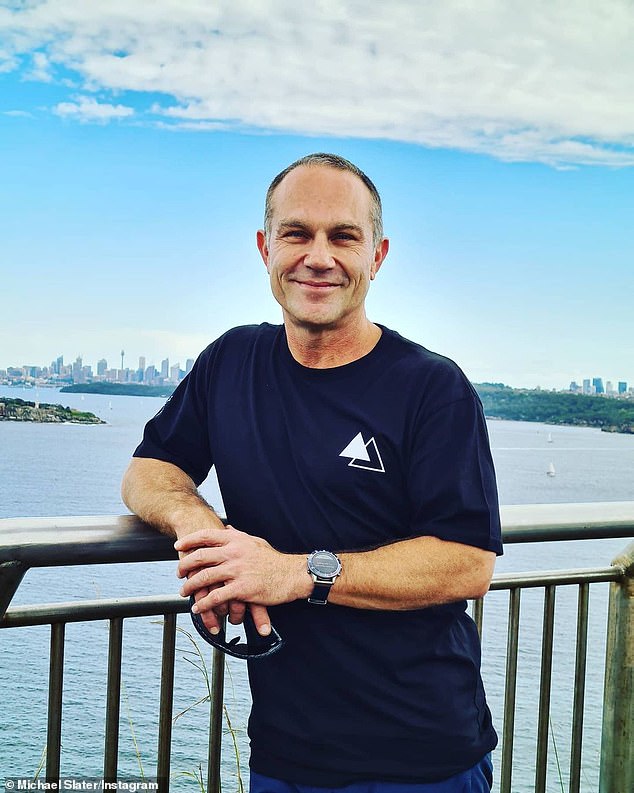 Dropped: Channel Seven’s Head of Sport, Lewis Martin, told The Daily Telegraph the network had decided to part ways with Slater but insisted it was due to budgetary restraints