Michael Turnbull has claimed that he’s ‘too busy’ as a real estate professional to arrange staged paparazzi photos.

Speaking on Tuesday’s Nova Fitzy & Wippa show, the 37-year-old admitted that it wouldn’t be worth his while, as he would only get ’50 bucks.’

It comes after leaked texts appear to show the Bachelor In Paradise hunk arranging a fake date with Alex Nation. 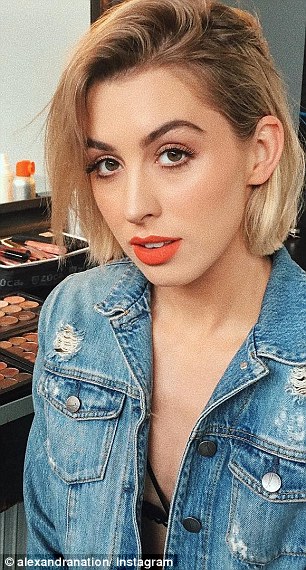 ‘I’m a career guy’: Michael Turnbull, 37, has said he’s ‘too busy’ to stage paparazzi photos before admitting they would only sell for ’50 bucks’… after Alex Nation, 26, accused him of trying to set up a fake date for publicity

‘First of all I don’t think I’m worth that much money to make it worth my while. Fifty bucks or something like that,’ Michael told radio co-hosts Ryan ‘Fitzy’ Fitzgerald and Michael ‘Wippa’ Wipfli.

The red carpet regular went on to insist that he’s not interested in arranging staged paparazzi shots, as he’s too invested in his career as a real estate professional.

‘I have a career. I’m a real estate guy. I’m too busy to fly around and do pap photos. It’s not my game. I guess I’m in the spotlight [but] to go around and organise that is not my kind of thing,’ Michael said on-air. 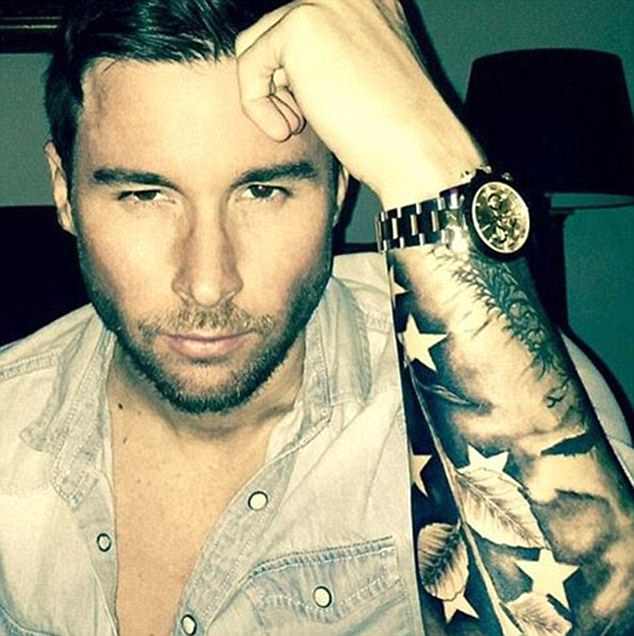 Focused on career: ‘I’m too busy to fly around and do pap photos. It’s not my game. I guess I’m in the spotlight [but] to go around and organise that is not my kind of thing,’ Michael said

The tattooed lad went on to explain how he was simply reaching out to Alex via Instagram messages to see whether she would be interested in a ‘branding’ collaboration.

‘The situation was I’m working with a dental company in Melbourne and Alex is also an ambassador for that particular company as well. So I was organising a professional shoot for him [the dentist] to get some branding.

‘[I’m] not sure where that came from [the idea of staged paparazzi photos],’ he continued, adding that he’s more interested in finding out from Alex how the text message exchange was leaked to Woman’s Day. 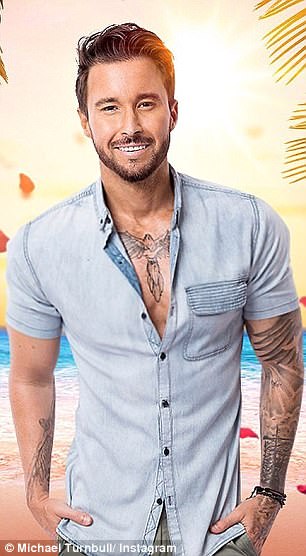 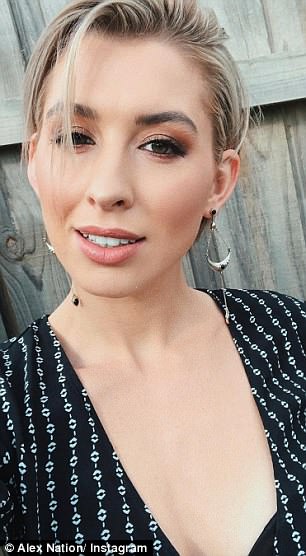 Hitting back! Michael responded to an explosive Woman’s Day report on Monday, which appears to show him trying to stage paparazzi photos with Alex

The comments were in relation to an explosive Woman’s Day report on Monday, which appear to show him trying to stage paparazzi photos with Alex, 26.

‘Hi Alex, would like to chat about an opportunity with you 🙂 – Michael x,’ he begins.

Alex responds: ‘Hey! How are you Michael? How has everything been for you post BIP? Talk to Me.’ 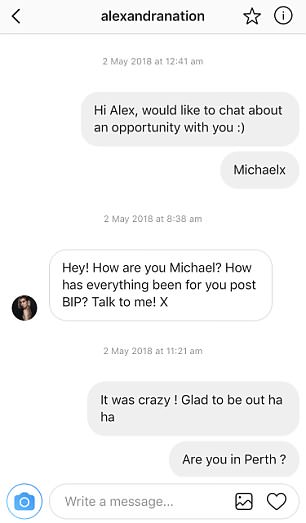 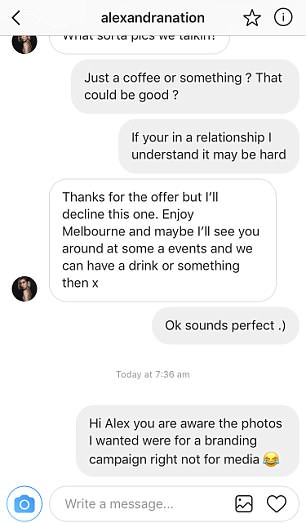 Revealed: The exchange shows Michael asking Alex whether she would be interested in an ‘opportunity’

After a brief back and forth, Michael asks: ‘Did you want to do some pics? … Just a coffee or something? That could be good?’

She replies: ‘Thanks for the offer but I’ll decline this one. Enjoy Melbourne and maybe I’ll see you around at some events and we can have a drink or something then. x.’

Speaking to Daily Mail Australia on Monday, Michael once again denied staging photos and slammed Alex for ‘sending private messages to the media for a few dollars.’ 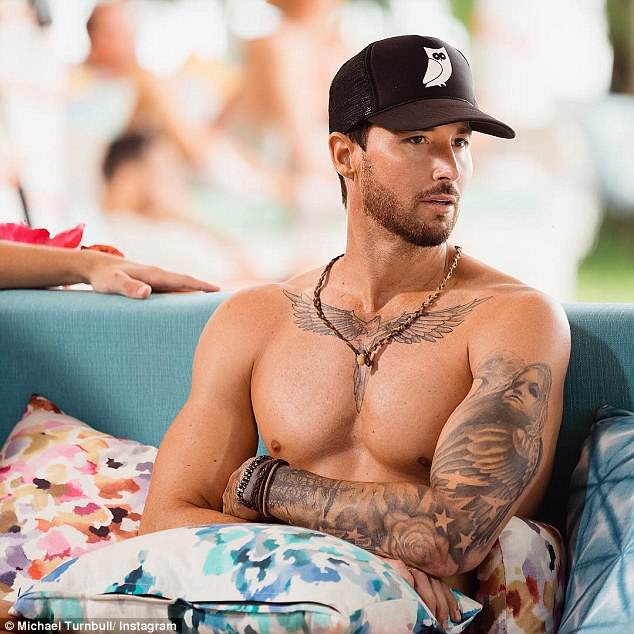 The pitfalls of fame: Michael has been under scrutiny since rising to national stardom on The Bachelorette in 2015