Geraldine Winner (pictured with her late husband Michael), 81, suffered serious head injuries and a broken finger when she was beaten with a metal pole, hit with a kettle and tied up during a raid on her flat in Knightsbridge, London, on October 9 2015

Michael Winner’s widow was attacked and robbed of jewellery worth £300,000 after she opened the door to her £4 million London penthouse to put out the bins, a court heard today.

Geraldine Winner, 81, suffered serious head injuries and a broken finger when she was beaten with a metal pole, hit with a kettle and tied up during a raid on her flat in Knightsbridge, central London, on October 9 2015.

Personal trainer Gurgana Geuorgoieva, 48, who claims to have been in a relationship with Mr Winner between 1999 and 2002, is alleged to have worn a disguise including a wig to carry out the attack.

The Bulgarian-British national, of Holland Park, appeared at Southwark Crown Court for a Newton hearing to determine the specific circumstances of the charge, which she had already admitted to.

The court heard that Mrs Winner suffered wounds to either side of her head and one to the back of her head after being battered with the pole.

Gueorguieva also denies stealing 20,000 euros in cash that the film director’s widow had withdrawn earlier as she planned to visit her sons in Paris the following day.

The pensioner suffered head injuries and a broken finger, and said she lost a host of items, some of deep sentimental value, including a heart-shaped diamond pendant and a painting of St Mark’s Basilica in Venice by the artist Franz Richard Unterberger.

Mrs Winner told the court: ‘I was pushed back into my flat and my face was straight down on to the [kitchen] counter.

‘I was held down and told some gibberish first of all I didn’t understand and then I said, “I don’t understand” and then this person said, “your sons Fabrice and Julian have sent me to kill you”. Because, she said, “they wished to inherit”.

‘She had a long iron pole, thin skinny iron pole and I tried to get away and I went to grab her hair to push her against the wall and I thought she had a wig on and that’s when I realised it was a woman.

‘I think I was pushed to the ground. Then I tried to grab my kettle and hit her with it and then she got hold of that and hit me on the head and that’s when I saw stars. 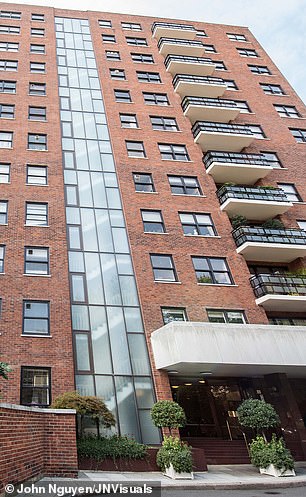 Personal trainer Gurgana Geuorgoieva, 48, who claims to have been in a relationship with Mr Winner between 1999 and 2002, is alleged to have worn a disguise including a wig to carry out the attack (Ms Winner’s home)

Describing how many times she was hit with the kettle, she said: ‘I should say about three or four at least because that’s when I saw stars.

‘Somebody walked past the door and so she stood on me so I would not scream.. She closed the curtains. First she said ‘where’s the heart shaped diamond?’

‘I told her where the safe was, I gave her the number, anything just to get rid of her.

‘I never saw her face and I never saw what was going on, ever. I was lying on the floor behind the island by the back door. I think she put a sleeping mask on my eyes at one moment.

‘She was going through my drawers. I told her about the money in my handbag because I thought that would make her leave.

‘She took out of the drawers some money that Michael had put in that was dollars and Swiss francs. It must have been £300 altogether.’

Ms Winner said her assailant emptied her safe of its jewellery and cut out her painting, adding: ‘By now I was in a lot of pain.

‘I remember when she first pushed me to the floor I said ‘I can’t breathe’ which didn’t seem to bother her.’

Describing how the defendant left, she answered ‘that’s right’ when prosecutor Mark Gadsden asked her: ‘She just left, leaving you tied up and on the kitchen floor, is that right?’

She added: ‘She left and on leaving she said to me, ‘what are you going to do?’, I said I’m probably going to go to Paris to see my sons.’

Mrs Winner said she managed to get a hold of a pair of scissors from a kitchen drawer and freed herself before calling the trustee of The Police Memorial Trust, a charity her husband founded. 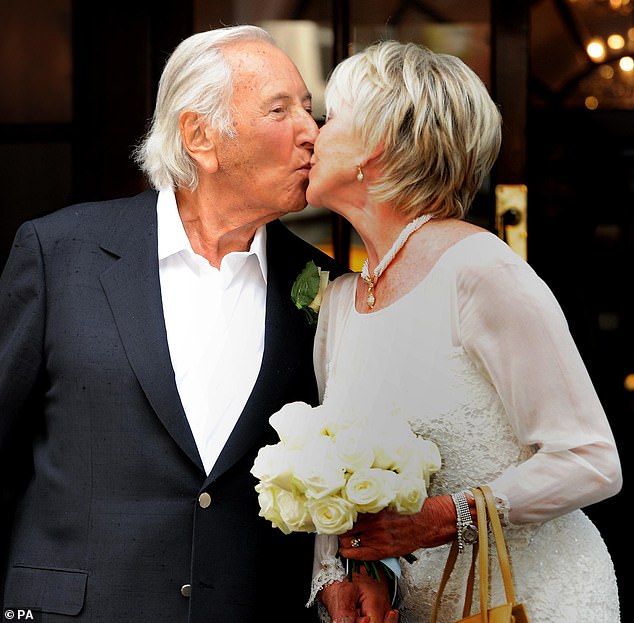 The court heard that Mrs Winner suffered wounds to either side of her head and one to the back of her head after being battered with the pole. Gueorguieva also denies stealing 20,000 euros in cash that the film director’s widow had withdrawn earlier as she planned to visit her sons in Paris the following day

She said: ‘I phone the trustee of my Police Memorial Trust. As she left she said, ‘don’t ring the police otherwise you’ll have to look over your shoulder for the rest of your life.’

‘I just said to him what had happened and he said just ring the police. He was an ex policeman anyway.’

The prosecutor said a framed photo of Michael Winner stolen in the robbery had not been recovered and added: ‘There were certainly other photographs as well.’

He said that, according to the defendant’s police interview, she had planned the robbery ‘meticulously’ for two years and had been to the block of flats previously.

The prosecutor added: ‘She wanted to cause, it would seem, the maximum distress to Mrs Winner for the way she perceived Mrs Winner had treated her. 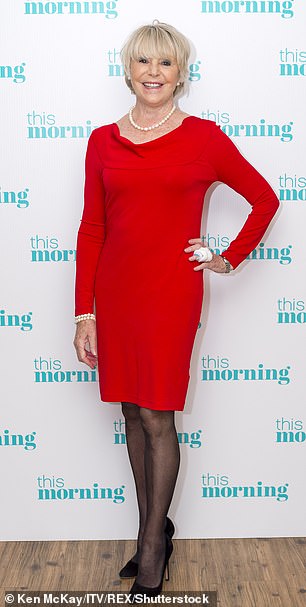 ‘And it would therefore seem had chosen to steal items that were of sentimental and personal value as well as items that had obvious financial value.

‘It’s a curious facet of this case that the defendant did not immediately realise the financial value of all of the items because a large number were recovered by the police.

‘The defendant, as you will know, sold a Bulgari watch to who she believed was a handler of stolen goods who turned out to be a police officer fulfilling an undercover role.

All but six items were recovered after police found them in a lock-up rented by the defendant in 2015, the court heard.

The prosecutor said the value of the goods ranged from £100,000 to £300,000, and added: ‘It’s of course accepted that a number of these items have huge sentimental and personal value as well as financial value.

‘The real issue, as I hope in my document I did crystallise, is was a weapon used during the course of the robbery?

‘The Crown’s contention is ‘yes’ – in two senses a weapon was used.

‘First, the victim maintains that she was hit over the head with some sort of metal pole when she was first attacked by the defendant at the threshold of her own home and that, at a later stage, her own kettle was used as a weapon to hit her around the head.

‘During the course of that Mrs Winner was for the bulk of that time tied up and blindfolded.

‘We believe that that was carried away by the defendant using a tote bag that was huge in dimension.

‘We can see it on the CCTV, and large enough to carry a painting – it’s about 30 inches in length. She said to the complainant that there was somebody assisting her.

‘We think that in all probability she was acting alone although there may have been somebody outside the premises.

‘It is obvious that the defendant had entered those premises at about 7pm that evening and had therefore been lying in wait for Mrs Winner to come out of her flat for three hours or so before she did come out of her flat and was then attacked, and that the robbery then took place together with the thorough searching of the premises.

‘They were together in those premises for about three hours or more before she exited and the alarm was raised with the police.

‘There are items of jewellery of which all but six were recovered. There’s a painting which was recovered.

‘The complainant says 20,000 euros in cash which she was to take to Paris with her the next day was stolen during the robbery.’

Mr Gadsden said: ‘During the course of the violent struggle that then occurred inside the flat premises, a kettle was used by the defendant.

‘The Crown point to three open wounds that were inflicted, one to each side of the forehead. Both cut through the flesh down to the bone. One about 1.5cm in length, the other 3cm in length both of which needed suturing.

‘The Crown submit that the three injuries taken together could not simply have come about by way of accidental contact or inadvertent contact as the defence submit between the kettle and Mrs Winner’s head during the course of a struggle.

‘This defendant was lying in wait for her and it’s the Crown’s case that the defendant then attacked her by hitting her over the head with a metal pole or bar without any warning.

‘Mrs Winner obviously retreated into her flat being immediately followed in by the defendant who grabbed her.

‘Having subdued Mrs Winner the defendant then tied her at her hands and feet with plastic cable ties and during the course of the struggle broke her left ring finger. Then when x-rays were taken there was a fracture to the ribs.

‘Mrs Winner says there came a moment she was on the floor when the defendant stood on her chest area when she face down. That would be a mechanism which could have caused the rib fracture.’

Death Wish director Winner died in 2013, aged 77. The flamboyant restaurant critic for The Sunday Times was also known for his ‘Calm down dear’ catchphrase in TV ads for eSure car insurance.