She has been dropping hints that there may be a little one in her life having been spotted shopping for baby clothes and pushchairs over the past week.

But today Michaella McCollum appeared to confirm that she is expecting a child after sharing a picture of what appears to be a baby bump on Instagram.

The 24-year-old shared a snap of her protruding stomach on her while dressed in in Calvin Klein lingerie and lying in-between an unidentified man’s legs on her account on Wednesday.

Captioning the post she wrote: ‘Wow had some crazy dreams… guess that’s what happens when your dreaming for more than one.’ 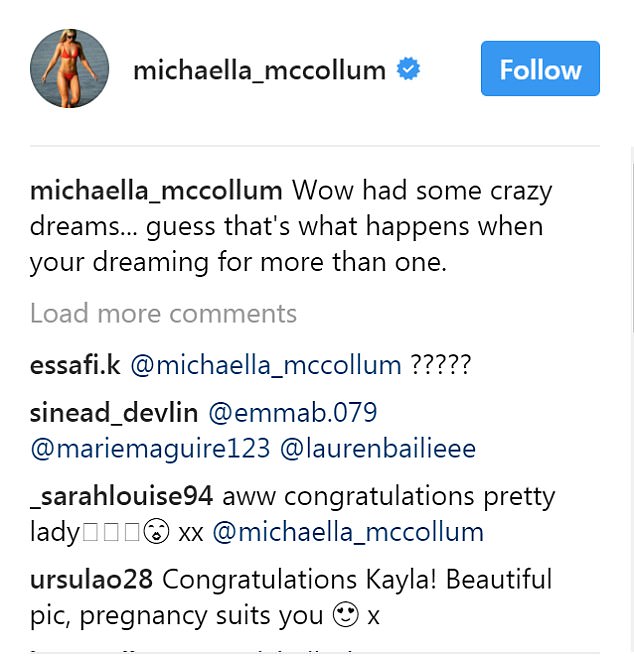 Captioning the post McCollum wrote: ‘Wow had some crazy dreams… guess that’s what happens when your dreaming for more than one’ prompting a flood of support

This prompted the former jailbird’s fans to flood her account with messages of congratulations with the post amassing hundreds of likes.

Earlier this week McCollum – who was jailed in 2013 for attempting to internationally smuggle drugs – was spotted leaving ultrasound specialist, babybond in Belfast.

McCollum, from County Tyrone, Northern Ireland, was photographed leaving the clinic alongside a male companion whom sources have confirmed to be Patrick Mone.

Mone, who is reported to own a hair salon Monet Hair in Belfast, has been spotted with McCollum on several occasions recently – though the pair are not thought to be romantically connected. 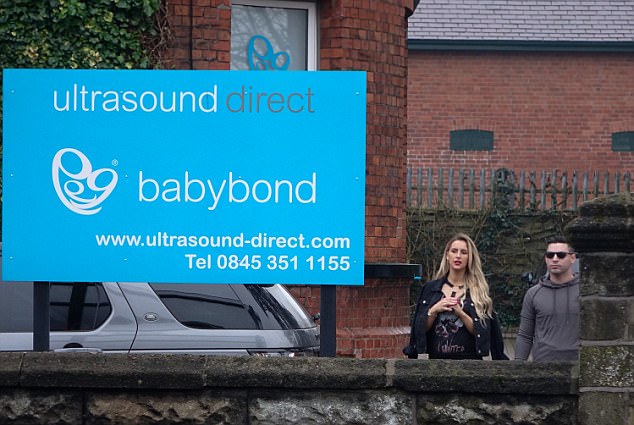 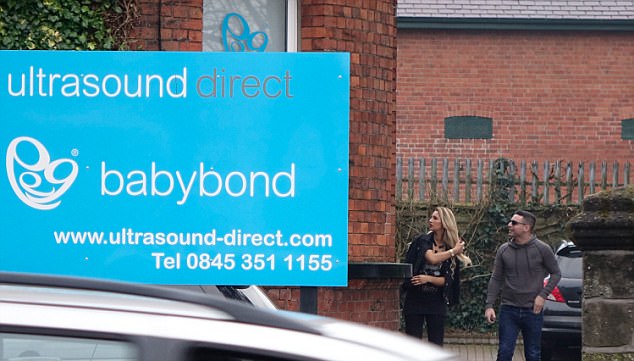 Mone, who is reported to own a hair salon in Belfast, has been spotted out with McCollum on several occasions over the past few weeks 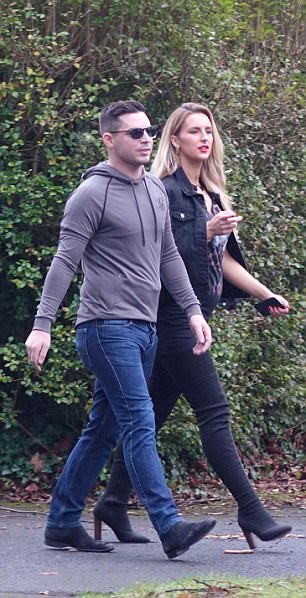 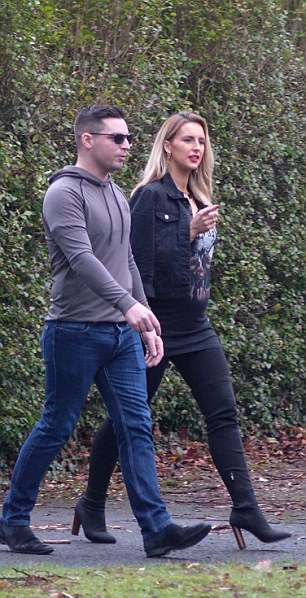 According to sources the pair, who are seen leaving the clinic here, are not romantically linked 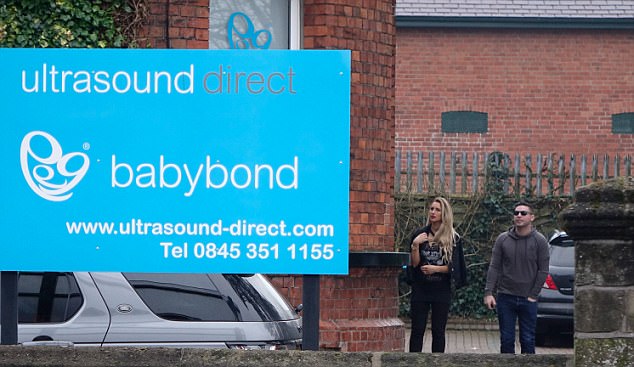 The apparent mother-to-be was dressed in a tight-fitting band t-shirt which appeared to showcase her bump.

Captioning the photo she wrote: ‘Help mom stress less’ which has since been an interpreted to refer to her pregnancy.

The former convict has been fuelling rumours of a pregnancy for a week now and her announcement comes after she was spotted picking out children’s clothing on Tuesday. 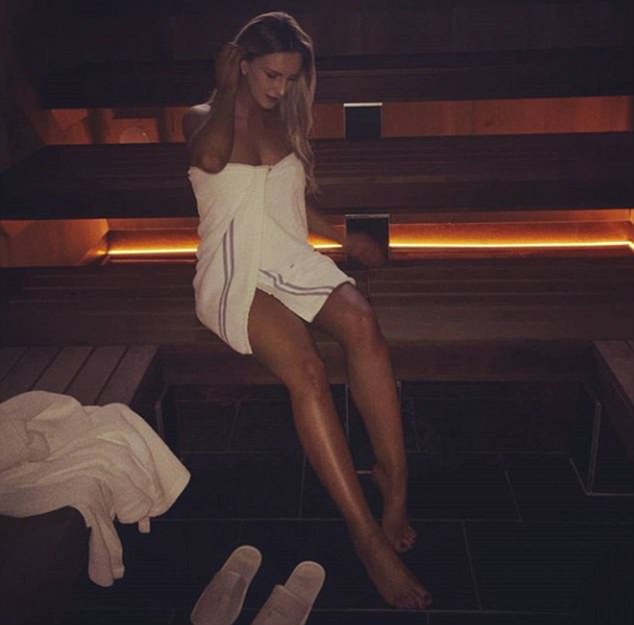 McCollum appeared keen to keep a low profile at Jojo Maman Bebe, sporting a large floppy hat as she enjoyed a browse in the store.

She was seen picking out a number of children’s clothes inside the store, which was advertising a 50 per cent off sale.

It comes after she was seen perusing through the pram collection at Mamas & Papas a week ago with Mone.

Michaella’s representative previously declined to comment when asked if she was expecting. 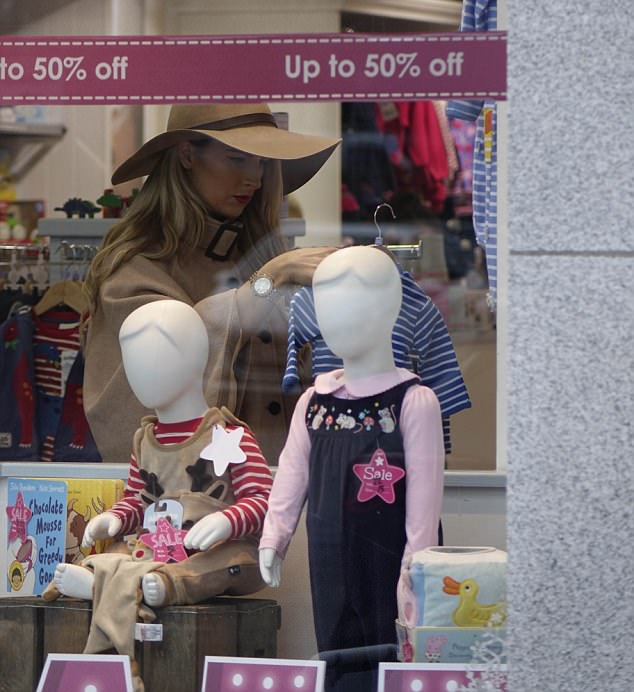 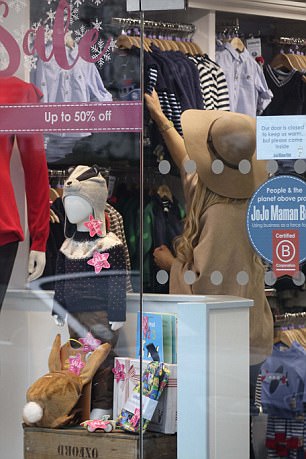 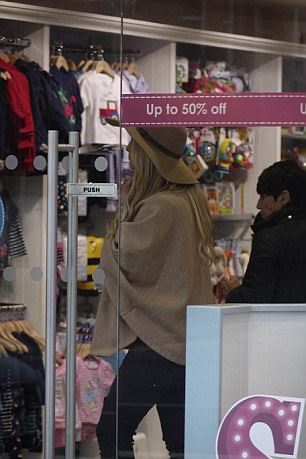 The former model has been spotted on several shopping trips since her agent confirmed that she is currently working on a documentary about life in prison.

She is also due to publish her first book, which is set to hit shelves this summer.

It was previously reported that she had been offered a £250,000 deal for the book, detailing her criminal exploits and time behind bars in Lima.

Since returning to the UK, Michaella’s lifestyle has been a stark contrast to former accomplice Melissa Reid, who has landed a charity job at Citizens Advice.

Melissa applied for a job at the charity after she was released from the South American jail last June. 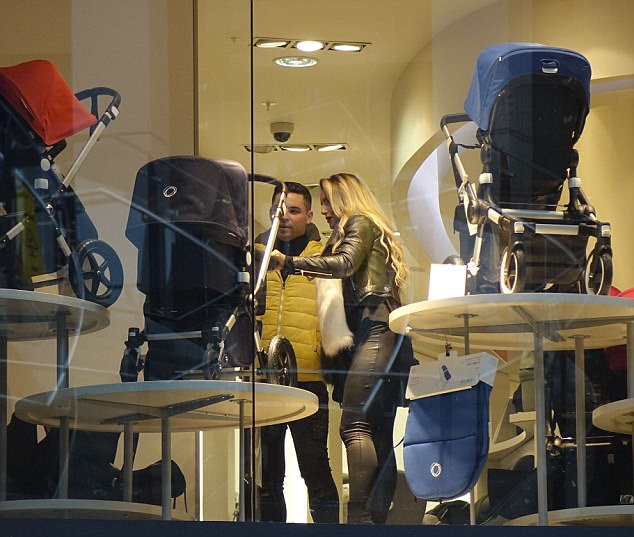 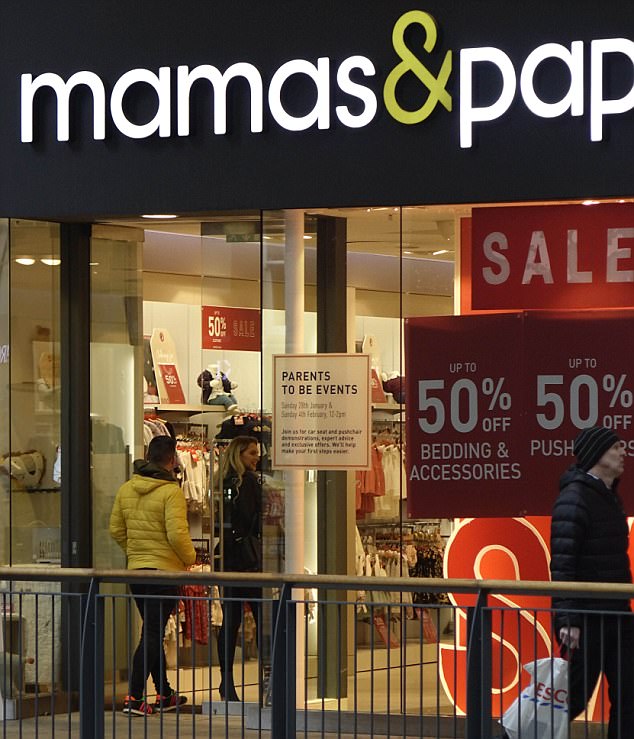 Meanwhile, Michaella has been accused of capitalising on her notoriety, after it emerged she has signed with a talent agency in May.

The pair were sentenced to spend six years and eight months inside a grim jail in Lima, after they were caught trying to smuggle the huge quantity of cocaine.

Michaella was released on parole last March after serving less than half of her sentence but initially had to stay in Peru.

She carried out voluntary work in the country until August, when she flew back home to Belfast. 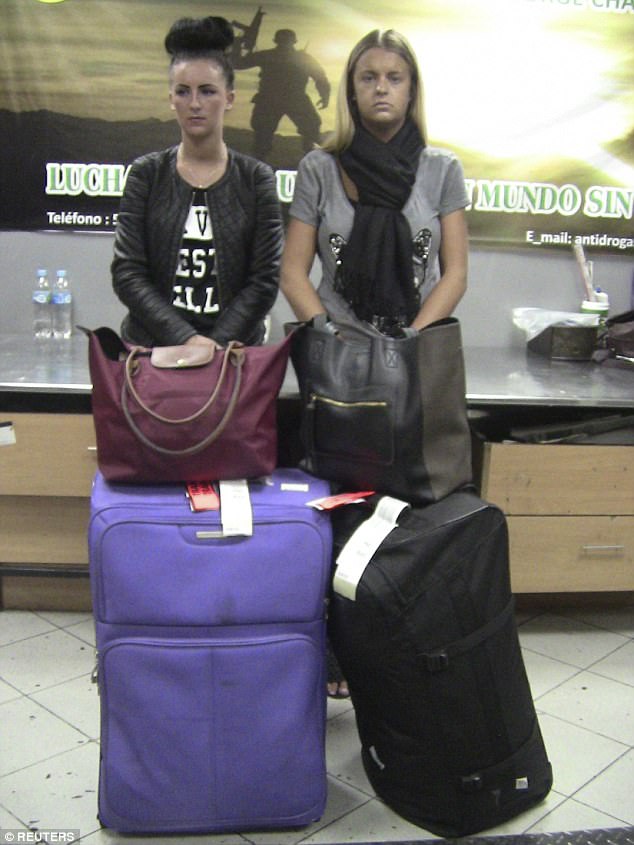 McCollum, was jailed in Peru alongside Melissa Reid (right) in 2013 for trying to smuggle £1.5million’s worth of cocaine into Europe