Michail Antonio has bit back at a fan who was mocking him after West Ham’s European exit on Thursday.

The Hammers star played the full 90 minutes as his side lost 1-0 on the night, 3-1 on aggregate against Eintracht Frankfurt in their Europa League semi-final second-leg tie at Deutsche Bank Park.

Hundreds of fans invaded the pitch at full-time to celebrate with the home side’s players, but one started shouting abuse at Antonio – before the 32-year-old’s hilarious response. 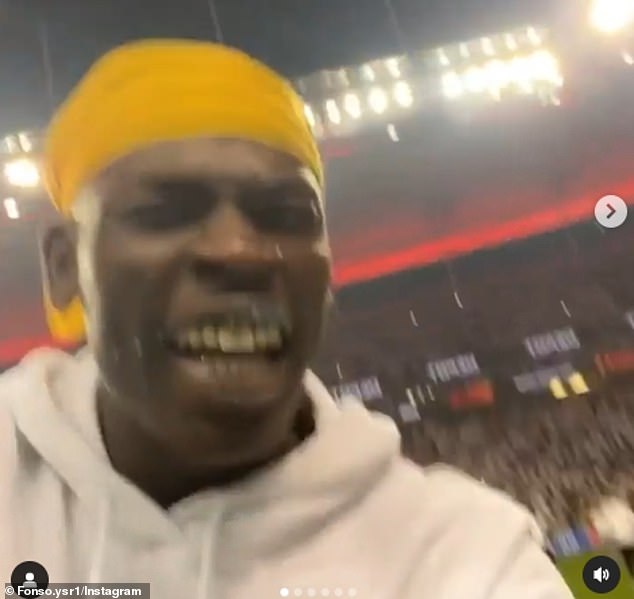 The fan then turned the camera away from the striker, yelling: ‘Get out of here! Get out of here!’. The rest of the clips show him interacting happily with other Frankfurt players on the field. 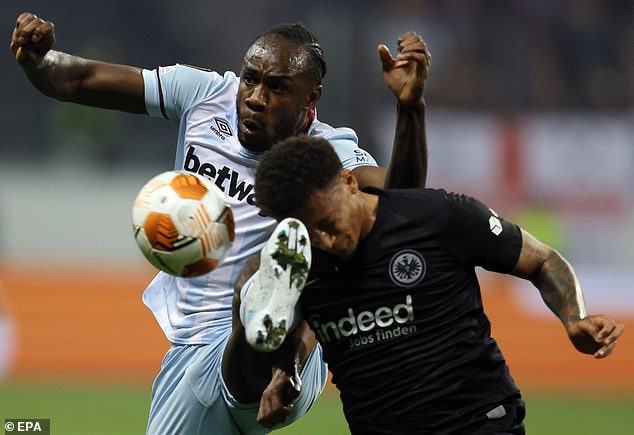 The Hammers lost their Europa League semi-final second leg 1-0 on the night, 3-1 on aggregate 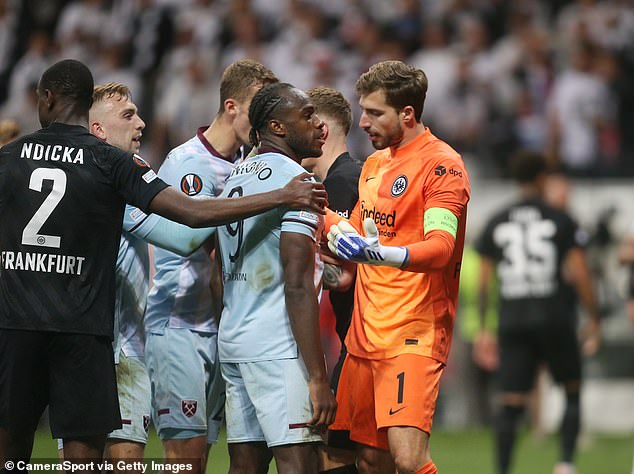 It was a fractious game, with defender Aaron Cresswell and boss David Moyes both sent off

Visiting defender Aaron Cresswell received a costly red card after just 19 minutes, tugging down Jens Petter Hauge as he attempted to run in on goal, with Rafael Santos Borre giving the Bundesliga side the lead seven minutes later.

On a tetchy and fractious night, West Ham manager David Moyes was also shown a red for kicking the ball back at a ballboy he accused of throwing it back softly towards him as the Scot tried to retrieve it quickly.