Michael Bloomberg blasted Donald Trump’s presidency as ‘terrible’ in a scathing op-ed piece this weekend, arguing that his ‘recklessly emotional’ approach to the job could spell disaster for the country in the long run.

The billionaire former mayor of New York City pulled no punches when discussing last week’s dramatic events, including the abrupt resignation of General James Mattis as Secretary of Defense, the partial government shutdown over Trump’s border wall ‘obsession’ and continuing stock market woes caused by investors’ concerns over the ongoing trade war between the US and China.

Writing for the news site bearing his name, the 76-year-old businessman and philanthropist said that the common denominator in each matter is ‘Trump’s recklessly emotional and senselessly chaotic approach to the job.’ 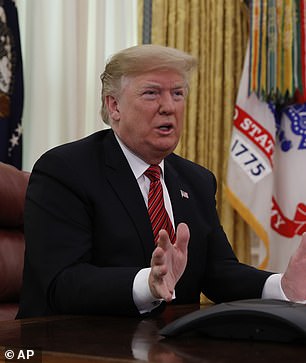 He went on: ‘at the halfway mark of this terrible presidency, one has to wonder how much more the country can take.’

Bloomberg, a Democrat-turned-Republican-turned-Independent-turned-Democrat again, has emerged as one of the most vocal and influential critics of the president, owing largely to his estimated $51.8billion net worth, which he has used to support causes that run counter to Trump’s agenda, including gun control legislation and climate change initiatives.

In the run-up to the midterm elections, Bloomberg had spent some $80million to help Democrats take control of the House of Representatives, and in recent months  there has been talk that he has his sights set on the White House in 2020. 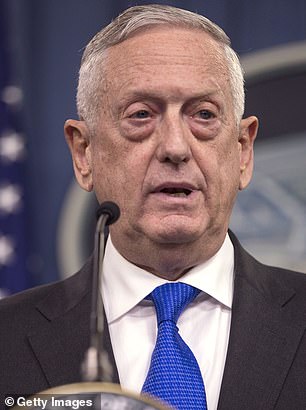 Sunday’s no-holds-barred editorial, titled ‘Trump Rings in the New Year in the Worst Possible Way,’ makes the argument that the events of last week exemplify the ‘destructive effect’ of Trump’s presidency on competent government.

He wrote that Mattis’ resignation in protest of Trump’s decision to withdraw US forces from Syria should give Republicans in Congress, who so far have been reluctant to challenge the president on anything, serious pause, seeing how the departing secretary of defense was one of the few people ‘protecting Trump from Trump.’

Next, Bloomberg blasted Trump’s signature campaign promise to build a wall on the southern border to stop the influx of illegal immigrants into the US, saying the fence ‘won’t work but will waste billions of taxpayer money.’

The billionaire, who successfully served as mayor of New York from 2002 to 2013, went on to say that even if the wall were a good idea, shutting down the government ‘would be a dumb way to pursue it,’ especially in light of the results of the November elections.

’The Democrats have just won control of the House of Representatives,’ Bloomberg reminded his readers. ‘Does the president expect to override this reality by maneuvering to shut down the government? His penchant for ignoring reality — evident in so many other areas, including climate change — apparently extends to elections.’ 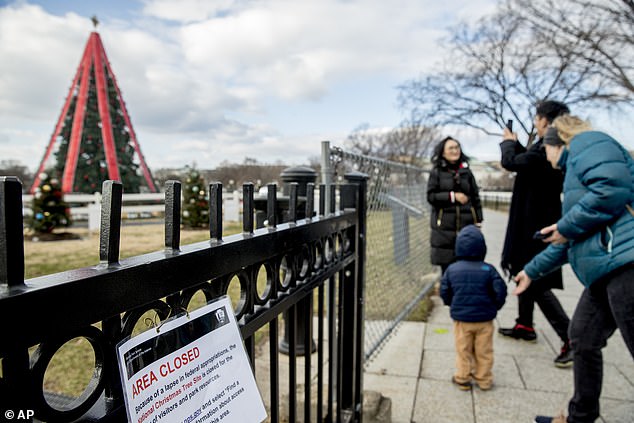 In his annual Christmas Day address to the troops Tuesday morning from the White House, Trump doubled down on his decision to shut down the government over lack of funding for his border wall.

‘I can’t tell you when the government is going to reopen,’ said Trump. ‘I can tell you it’s not going to reopen until we have a wall, a fence, whatever they’d like to call it. I’ll call it whatever they want, but it’s all the same thing. It’s a barrier from people pouring into the country, from drugs.’

In his excoriating critique of Trump’s administration, the founder of the financial data and media company that bears his name also claimed that the president’s trade war with China has accomplished little but has been disastrous for America’s workforce, consumers, farmers and businesses.

The article concludes with Bloomberg saying that unless congressional Republicans take action and ‘start showing some spine,’ the next two years will show the country whether it can sustain ‘Trump’s model of bad government.’

‘This past week, we got a glimpse of what the beginning of the collapse may look like — and what it may ultimately cost us,’ he ominously sums up.

Bloomberg had already said that if he were to launch a presidential campaign, it would be as a Democrat.

In October, Trump, who is planning to run for re-election, bragged that it would be easy for him to defeat Bloomberg if he gets the Democratic Party’s nomination.