Former UEFA president Michel Platini was released from custody in the early hours of Wednesday after being questioned as part of a corruption investigation into the awarding of the 2022 World Cup to Qatar.

His communication team said that Platini’s detention ended at 12:30am local time.

Platini had denied any wrongdoing and French authorities did not announce any charges against the former France and Juventus player. 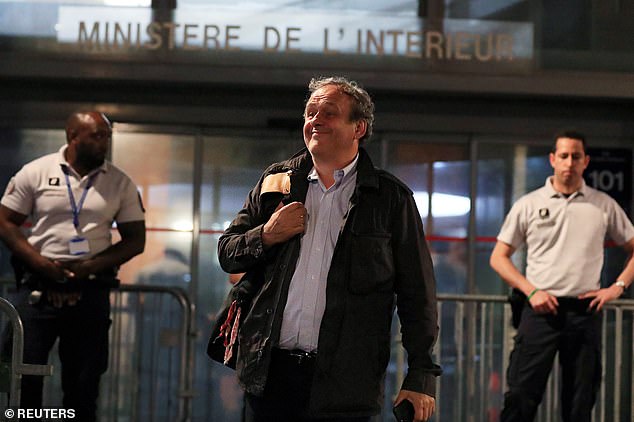 ‘It was long, but given the number of questions it could not be different,’ Platini said after his release.

Platini notably failed to mention being questioned about the Qatar 2022 World Cup, saying: ‘They asked me questions about the 2016 Euros, the World Cup in Russia, PSG, FIFA.’

Platini, 63, was taken into custody on Tuesday morning and held at premises of the Anti-Corruption Office of the Judicial Police (OCLCIFF).

France’s National Finance Office (the PNF) are believed to be particularly interested in a lunch organised on November 23, 2010 – 10 days before the awarding of the 2022 World Cup.

Platini has claimed of that lunch: ‘I knew I was going to vote for Qatar before lunch and I went to see Nicolas Sarkozy to tell him. I did not know that the Qataris would be there.’

He has admitted he first planned to vote for the United States as World Cup hosts before being convinced by Qatar’s bid.

Le Monde claim the PNF also want to speak to former FIFA president Sepp Blatter, despite having already questioned him as a witness in April 2017. 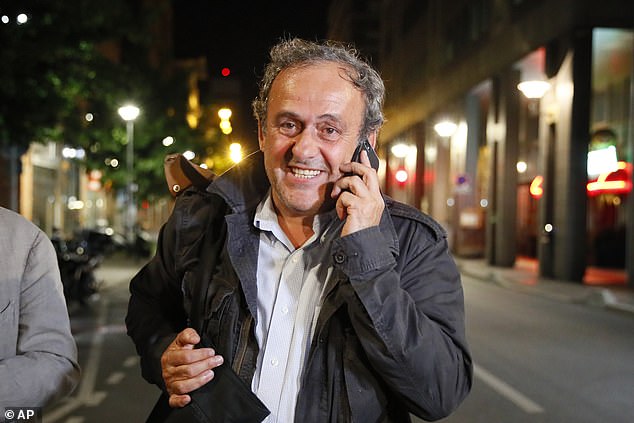 ‘Michel Platini, after being heard in the same investigation in open court last year, is now questioned under the regime of custody for technical reasons. His counsel, Mr William Bourdon, strongly asserts that this is in no way an arrest, but a hearing as a witness in the context desired by the investigators, a framework that prevents all persons heard, then confronted, cannot confer outside the procedure. Michel Platini expresses himself serenely and precisely, answering all the questions, including those on the conditions for the awarding of Euro 2016, and has provided useful explanations. He has nothing to reproach himself with and claims to be totally foreign to facts the go beyond him. He is absolutely confident about what’s next.’

The French legend was elected in 2007 and served as president until 2015 when he was then banned by the FIFA Ethics Committee.

Ahead of the FIFA vote for the Qatar World Cup, Sarkozy hosted a lunch in November 2010 that brought Platini together with Tamim bin Hamad al-Thani, then the crown prince of Qatar and now its ruling emir.

Platini has previously claimed that his mind was made up about his vote before he went to the meeting and that he had no idea the Qatari representatives would be there.

Qatar beat the long-favored United States 14 to 8 when FIFA selected the host country for the 2022 World Cup. 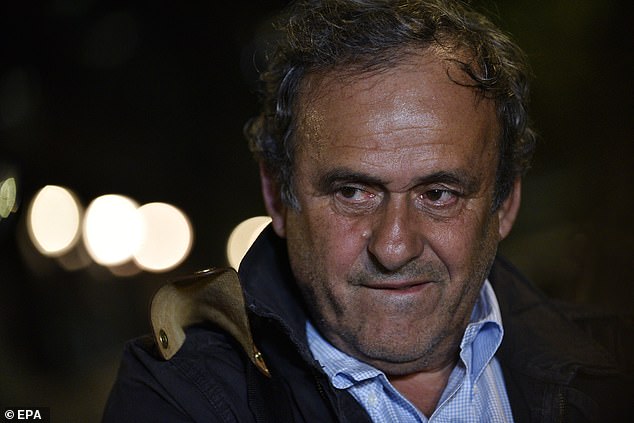 A number of issues have arisen regarding the decision to select Qatar, including human rights concerns and the status of homosexuality among others.

A source close to the former UEFA chief at the time told the Telegraph that Platini said he had met the Qatar football official for breakfast in a hotel in Switzerland, just a few days before the controversial decision was made.

It was further alleged that the two men had met 30 to 50 times, as both sat on the decision-making committee for FIFA. 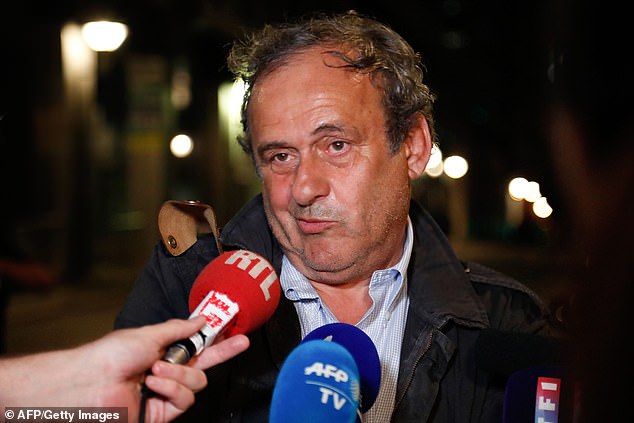 Since the vote in favour of Qatar, of the 24 members of the executive committee (comex) of FIFA on that date, 16 have been struck off, suspended or remain under investigation.

As head of European football’s governing body UEFA, Platini was the continent’s top representative on the FIFA committee that picked Qatar.

French prosecutors are known to be investigating an array of winning bids for major sports events, including the 2018 World Cup, awarded to Russia, the 2020 Olympic Games in Tokyo and track and field world championships. 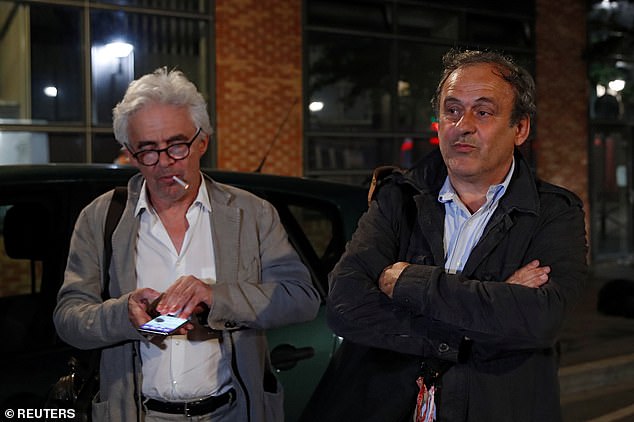 TIMELINE OF CONTROVERSY THAT HAS ENGULFED FIFA

After becoming FIFA president in 1998, Sepp Blatter seeks re-election four years later but his campaign is blighted by rumours of financial irregularities.

After rival Mohammed bin Hammam withdraws from the presidential election amid allegations of bribery, Blatter runs unopposed and elected for a fourth term.

FIFA’s ethics committee concludes an investigation into bribery allegations surrounding the awarding of the 2018 and 2022 World Cups. Blatter is cleared of any wrongdoing.

Fourteen FIFA officials are arrested over ‘rampant and systemic’ corruption allegations. Blatter is urged to resign, despite not being implicated. He is again re-elected as FIFA president.

Blatter announces his resignation as president, before Swiss newspaper Blick claims he did not actually resign.

Swiss prosecutors open a criminal investigation into him.

Sepp Blatter and Michel Platini are provisionally banned for 90 days.

Gianni Infantino became the ninth FIFA president after being elected in Zurich and promised to ‘restore a new era’ to world football’s governing body.