It was originally built in the 18th century.

But, more than 200 years on from its inception, Buckinghamshire’s The Pointer has officially been crowned the UK’s ultimate dining pub.

Beating competition from 469 other venues, it was bestowed with the accolade of Pub of the Year by Michelin’s new Eating Out in Pubs Guide 2018. It recommends the top dining pubs and inns throughout the UK and Ireland.

Critically acclaimed: Buckinghamshire’s The Pointer has officially been crowned the UK’s ultimate Pub of the Year by Michelin

A charming red-brick inn that sits in the picturesque village of Brill, The Pointer is owned by David and Fiona Howden, who also have a 240-acre farm where they raise award-winning rare breed cattle and pigs.

Boasting an intimate restaurant and several lounges with open fires, the pub also has a garden and terrace, which is popular year-round.

The pub’s adjoining butcher’s shop sells their meats, which are also used in the pub kitchen, along with around 70 other organic ingredients.

Rebecca Burr, editor of the Michelin Eating Out in Pubs guide, said: ‘Not only is it a delightful place, but it is exceedingly well run by a young, personable team. They really pay attention to detail and nothing is ever too much trouble for them.’

‘Presentation is first rate, refinement and precision are there in equal measure, and much use is made of organic ingredients from their farm.’ 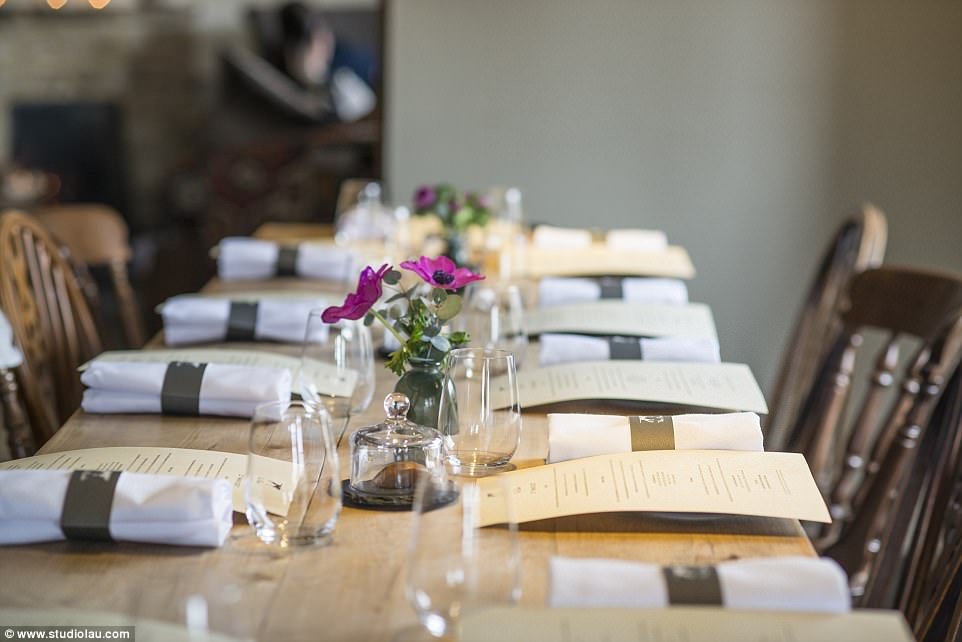 It’s a hit! The red-brick inn sits in the picturesque village of Brill and is owned by David and Fiona Howden, who also have a 240-acre farm where they raise award-winning rare breed cattle and pigs 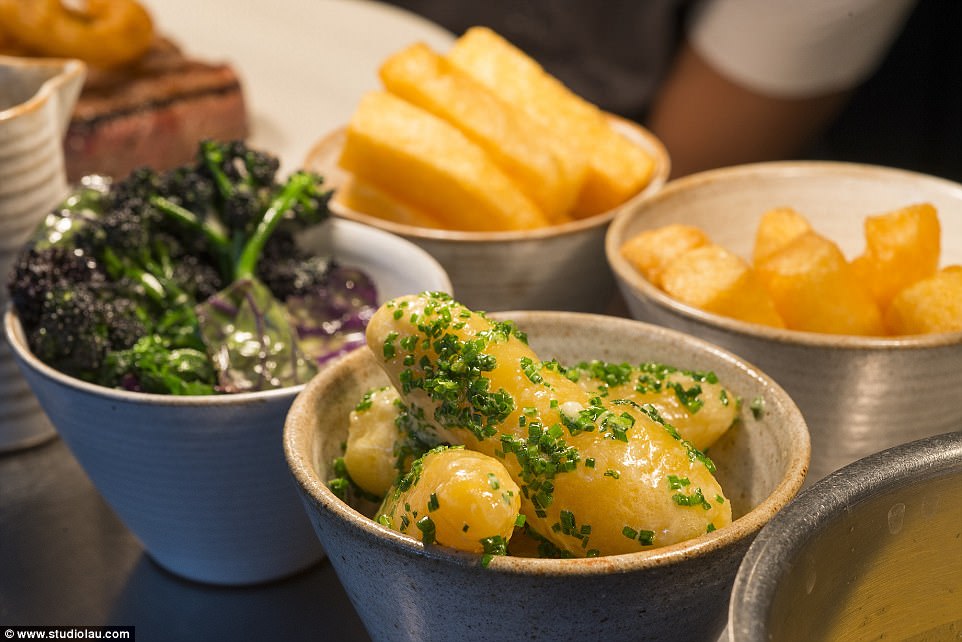 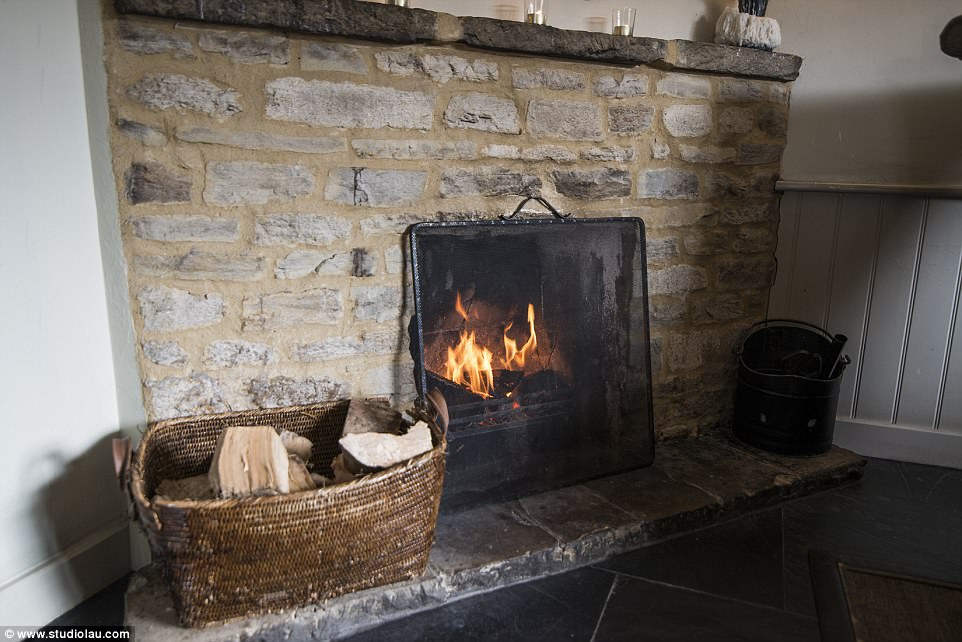 Cosy: A roaring log fire creates the perfect ambience for autumn evenings – ideally with a large glass of red wine

The Pointer was rated for its three-course weekday lunch menu, which judges said represents great value.

Popular a la carte options include: ludgershall new season lamb with roast kale and locally-foraged ceps (£25) or roast loin of Cornish hake, which is served with gem lettuce, mussel and bacon chowder (£23).

But the venue was also credited for its broader vision, which has recently seen the management open four brand new guest bedrooms in a refurbished red brick cottage directly opposite the pub.

Interestingly, it’s believed the Great Train Robbery was planned at The Pointer – and that the stolen money was divided up there, too. 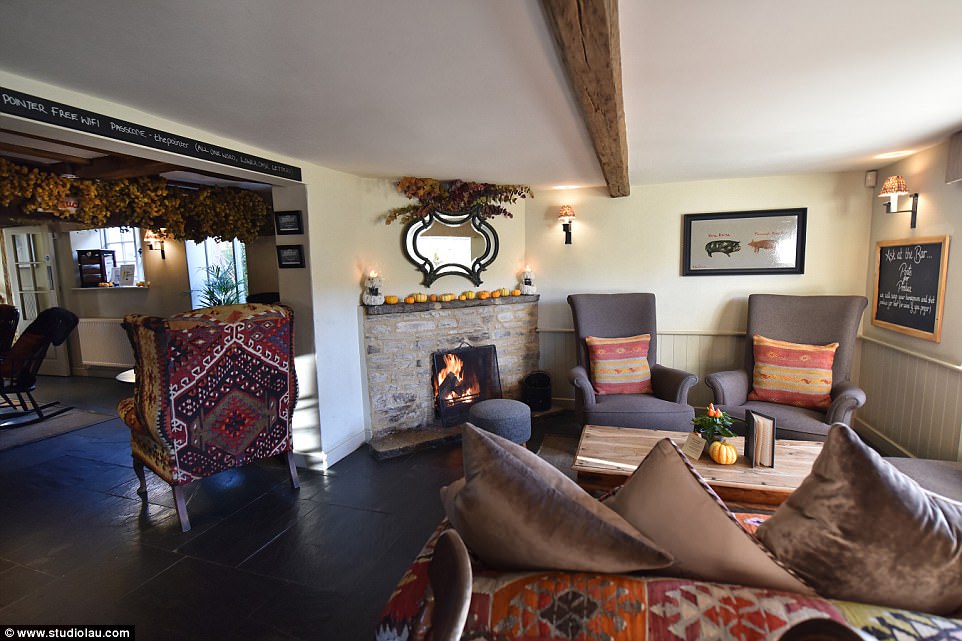 Now that’s history! It’s believed the Great Train Robbery was planned at The Pointer and the stolen money was divided there 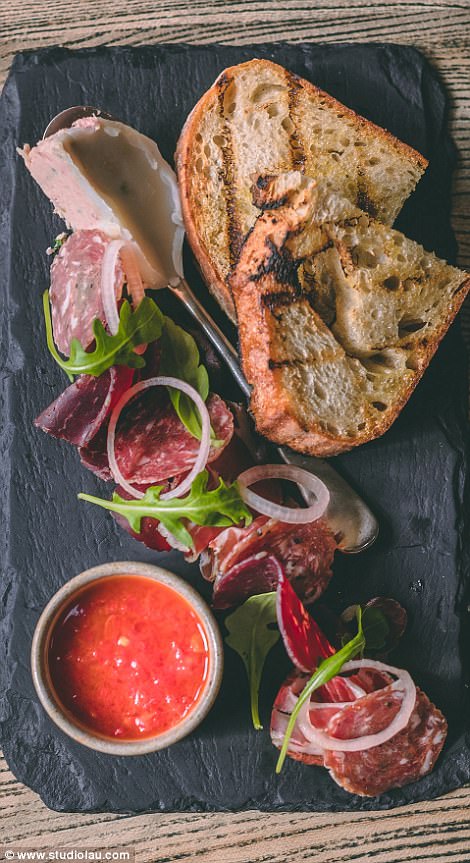 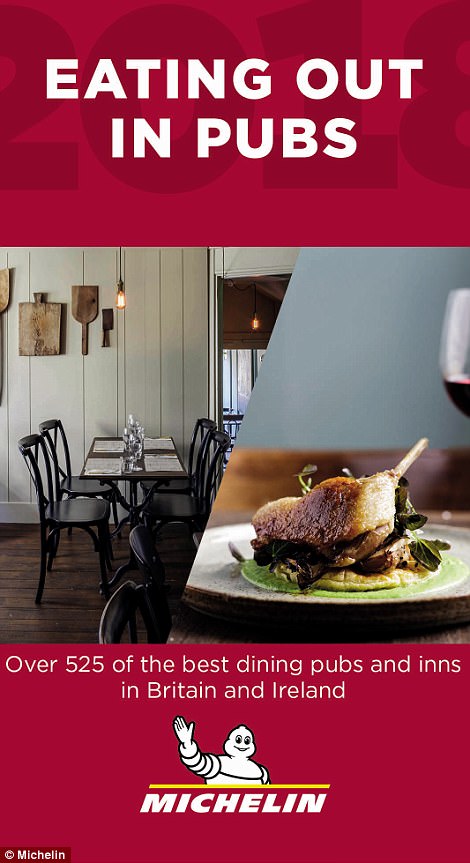 Yummy: A platter of bread an meat is served on slate (left), while the Pub of the Year accolade is part of Michelin’s new Eating Out in Pubs Guide 2018, which is released today 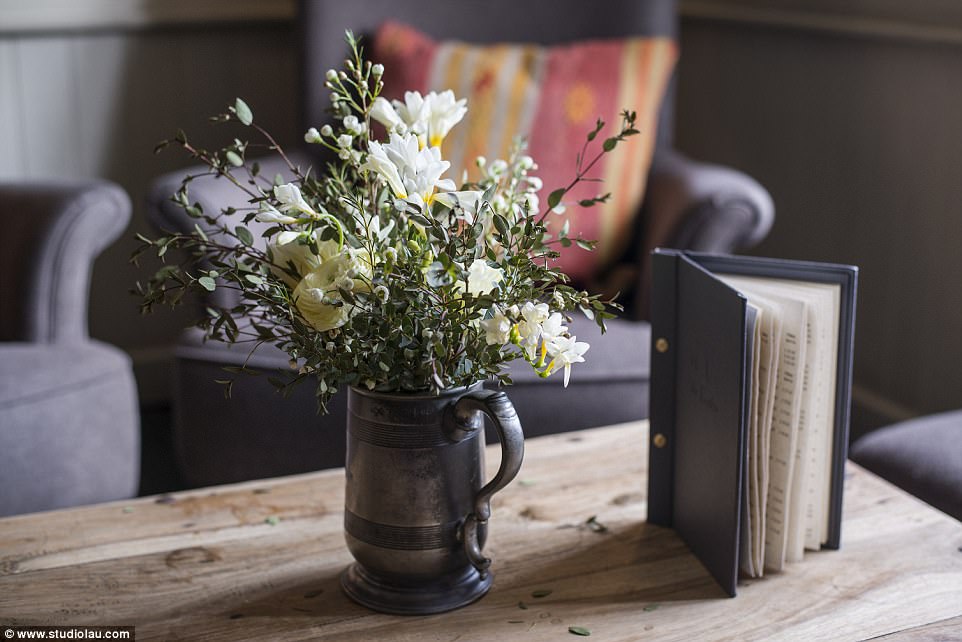 Popular place to be: Boasting an intimate restaurant and several lounges with open fires, the pub also has a garden and terrace, which is popular year-round

The 2018 edition of Michelin’s new Eating Out in Pubs Guide lists 470 pubs in total, 27 of which are new entries.

These include Mr Hanbury’s Mason Arms in South Leigh, The Churchill Arms in Paxford, The Howard Arms situated in Ilmington, The Mash Inn in Radnage and The Bottle & Glass in Binfield Heath.

It also includes 15 pubs awarded a Michelin star. These include the Wild Honey Inn in Lisdoonvarna, which was the first pub in Ireland to be given the accolade.

Following in the footsteps of the Hand and Flowers – the only Michelin two star pub – Tom Kerridge’s The Coach in Marlow has also been awarded a Michelin star. It is no carbon copy of its bigger sister though, with its less-structured menu and no-bookings policy.

The Eating Out In Pubs Guide 2018 can be purchased from Michelin by clicking here.