A hospital patient who suffered complications after surgery died because the doctors treating her didn’t have the right equipment and weren’t well trained, an inquest heard.

Michelle Ginsburg Smith, 50, went to the Churchill Hospital in Oxford to have her thyroid removed in July last year.

Just a few hours after the procedure her wounds started bleeding, cutting off the air supply to her brain and causing a cardiac arrest.

An inquest heard yesterday that junior doctors and nurses on the ward had not received adequate training to respond to the emergency, switchboard operators had failed to give accurate information to the specialist resuscitation team, and that vital emergency medical equipment was not immediately available.

Medics found the Kripsy Kreme store manager had suffered a serious brain injury due to lack of oxygen and she was put on life support.

A High Court judge ruled her life support should be withdrawn in February.

Speaking after the inquest her family spoke of their heartbreak and said they had been ‘robbed of a daughter, sister, aunt and wife’.

Michelle Ginsburg Smith, 50 (pictured with husband Mark) went to the Churchill Hospital in Oxford to have her thyroid removed in July last year but she died seven months later after a post-op bleed

Michelle’s husband of 10 years Mark Ginsburg, 56, described the ‘devastating’ final months of her life after the coroner’s verdict today.

The social worker said: ‘Michelle was a uniquely enchanting person, whose magic touched everyone she met.

‘Those seven months were devastating for everyone that saw her: I fervently hope that Michelle herself was never aware of her dreadful situation.

‘We will always be angry at what happened to Michelle before and following her original surgery.

‘The principal reason Michelle had to stay in hospital following surgery was due to risk of bleeding.

‘Yet none of the staff caring for her had any training or information on what do if there was a bleed.

‘Nor were low-cost prevention measures such as an emergency box or advice sheet provided.

‘It is vital that staff across all sectors of the NHS do not forget the potential risks patients can face simply because such accidents may rarely happen.

‘Hospital staff face incredible pressures and deserve the equipment, training and support needed to do their job.

‘If they had it is difficult not to think that Michelle would have received emergency care as soon as her airway was compromised.

‘This would have resulted in her being able to breathe much sooner, she would have avoided her brain injury and ultimately she would still be with us today.’

Mrs Ginsburg-Smith’s sister Yvette Small, added: ‘These past 18 months have been incredibly hard for the family. 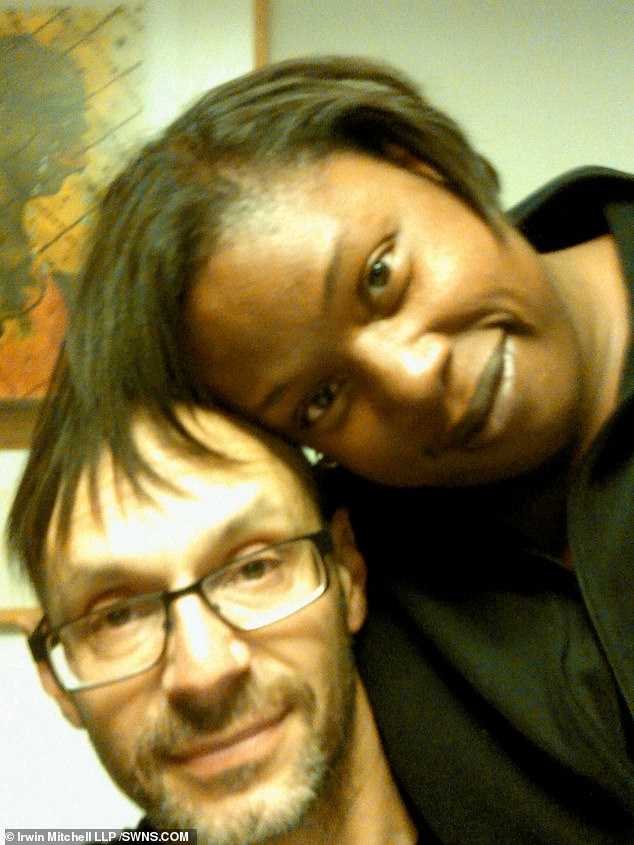 An inquest into Mrs Ginsburg-Smith’s death at Oxfordshire Coroner’s Court heard vital equipment to cut her stitches were not by her bedside as they should have been and emergency teams couldn’t find her because they didn’t know which ward she was on. She is pictured with her husband of 10 years, Mark

‘It breaks my heart to know that we will never see her, hold her and talk to her ever again.

‘When Michelle ‘woke up’ after her emergency surgery I believe she knew that she couldn’t communicate or function the way she used to.

‘Sitting by her bedside holding her, hushing her like a frightened child is all we could do.

‘My loving darling Michelle wasn’t the same person anymore. She had no quality of life.

‘This tragedy, that we feel should have been avoided, robbed us of a daughter, sister, aunt, wife and friend. To say we are heart-broken is an understatement.’

Rosamund Rhodes-Kemp, Oxfordshire assistant coroner, recorded a narrative verdict after a two day inquest, but refused to find neglect had played a part in the death.

Ms Rhodes-Kemp told the two-day inquest at Oxfordshire Coroner’s Court it would remind medical staff of the importance of the boxes. 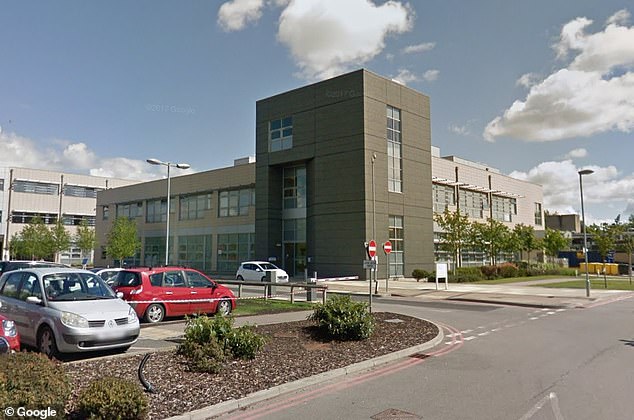 The inquest heard how the senior catering manager, who had most recently worked for Krispy Kreme, had gone into hospital for a thyroidectomy on July 13.

But following the surgery the specialist recovery ward for ear, nose and throat patients was full and so she was sent to the hospital’s Upper GI ward.

At around 1.50am the emergency call was sent out that Mrs Ginsburg-Smith was suffering a cardiac arrest after a post-operative bleed, cutting off the air supply to her brain.

The inquest heard how doctors did not know how to immediately open the neck wound to clear the airways, instead waiting for equipment to cut the stitches away – equipment which would have been readily available at the bed side in a ‘post thyroidectomy box’ on the specialist ward.

While there was also a five-minute delay in the ‘crash team’ reaching Mrs Ginsburg-Smith because it had not been told which ward she was on.

A spokesman for Oxford University Hospitals NHS Foundation Trust said ‘a full investigation’ had been carried out after her death ‘to learn lessons for the future’.

They added the trust ‘fell short’ of their usual standards and apologised to the family.

The spokesman said: ‘We are very sorry for the sad outcome of Mrs Ginsburg-Smith’s care in our hospitals and offer our sincere condolences to her family and loved ones.

‘After her death we carried out a full investigation to establish what had happened and to learn lessons for the future.

WHAT IS A THYROIDECTOMY?

A thyroidectomy is the medical term for the removal of the thyroid gland, often as a result of cancer of an overactive thyroid.

The thyroid gland, which is small and shaped like a butterfly, produces hormones which regulate the body’s metabolism.

Patients who have their entire thyroid gland removed need daily treatment with hormones to make up for the loss of function.

The Mayo Clinic, a respected health centre in the US, states that a thyroidectomy is ‘generally a safe procedure’.

However, it warns risks can include bleeding, infection, airway obstruction. Some patients can be left with a hoarse voice.

The operation can last between 45 minutes and three hours – depending on how complex it proves, according to the American Thyroid Association.

Figures suggest nearly 150,000 thyroidectomies are carried out in the US each year – while the number is smaller in the UK.

‘We strive to provide the highest quality standard of care for all our patients.

‘We recognise that we fell short of these standards in the care which Mrs Ginsburg-Smith received.’

The equipment needed to cut Mrs Ginsburg Smith’s stitches should have been kept in a ‘post thyroidectomy box’ by her bedside – but none were available.

Doctors did not know how to immediately open the neck wound to clear the airways by hand and instead waited for equipment to cut the stitches away.

Ms Rhodes-Kemp said Michelle’s death had been ‘devastating’ for the family and had had ‘profound repercussions’ for the clinical staff involved.

Oxford University Hospitals has since rolled out a number of changes to improve post-operative care for thyroidectomy patients.

Thyroidectomy patients are now always sent to recover on the specialist unit at the hospital and that ‘post-thyroidectomy boxes’ are present at each bedside.

A new training initiative had since been rolled out to staff locally and nationally in order to better respond to post-thyroidectomy bleeds.