Michelle Keegan showed off her slim waist on Wednesday as she took to Instagram to share a stunning selfie from the inside of a cast trailer.

Pouting into the mirror, the actress, who is currently filming Sky One show Brassic,  donned a brown cut-out crop top and black baggy trousers, complete with a pair of Dr. Marten boots in the same colour.

The former Coronation Street star, 34, had tied her curly brown tresses up, allowing for a selection of strands to fall over her face in a middle parting.

Beauty: Michelle Keegan put her slim waist on display in a brown cut-out crop top and black baggy trousers in an Instagram post on Wednesday

Michelle sported a full-face of makeup and had painted her lips with a shade of brown to match her top and tie the look together.

With a sparkling silver belly-button piercing on display, Michelle casually posed with her right hand in her pocket as she held up her phone to take the snap.

The wife of TOWIE’s Mark Wright accessorised her look with a pair of delicate gold necklaces, bracelet and chunky earring hoops in the same shade.

The Tina and Bobbie Actress added a caption reading: ‘Back in her Doc Martin’s’.

Strike a post: Michelle captioned her selfie with this caption 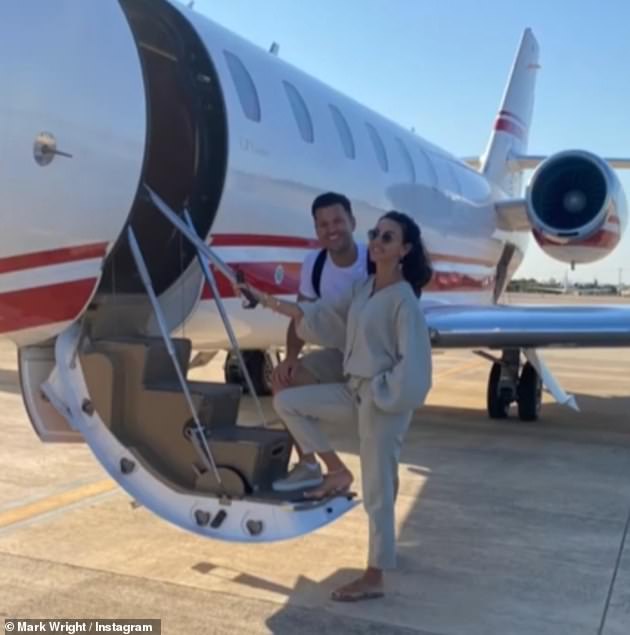 Wow: It comes after her husband Mark revealed that the couple had hired a private jet to fly from Mallorca to Ibiza, where they recently spent time lapping up the sunshine

It is unclear why Michelle was spending time in the cast trailer, however she recently wrapped filming for Sky One’s Brassic so could be re-shooting a number of scenes.

It comes after her husband Mark revealed that the couple had hired a private jet to fly from Mallorca to Ibiza, where they recently spent time lapping up the sunshine.

He disclosed that the flight took just 25 minutes and that the trip marked his and Michelle’s first time flying privately together. 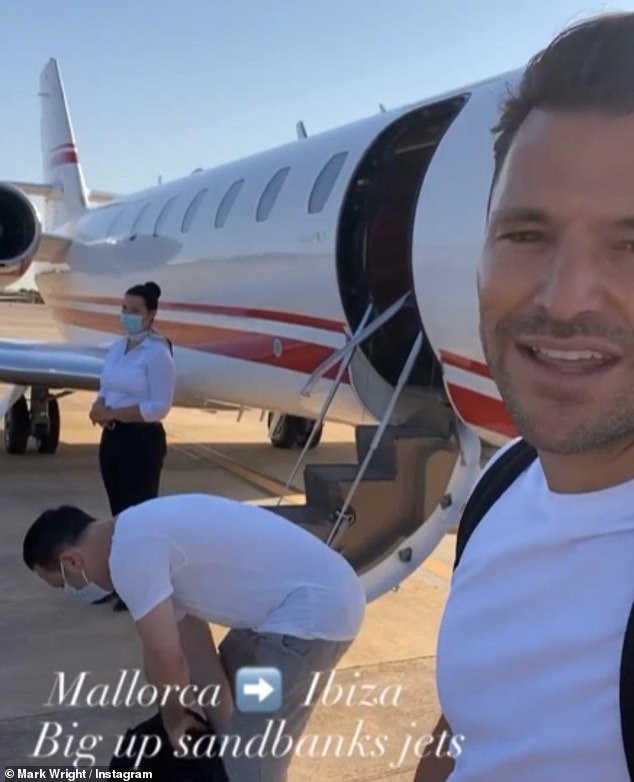 Party time: Taking to Instagram, Mark explained he made the decision to visit Ibiza after ‘chilling out for long enough in Majorca’ and decided to meet friends on the party island

The Heart FM presenter told his followers in a short clip filmed on the runway: ‘After a few days in Majorca, I thought, you know what, I’ve chilled out long enough.’

He added: ‘It’s time for Ibiza. 25 minutes in the air on this baby. Big up Sandbanks jets. Let’s go.’

The happy couple could be seen beaming from ear to ear as they stood at the bottom of the plane’s steps, preparing to board. 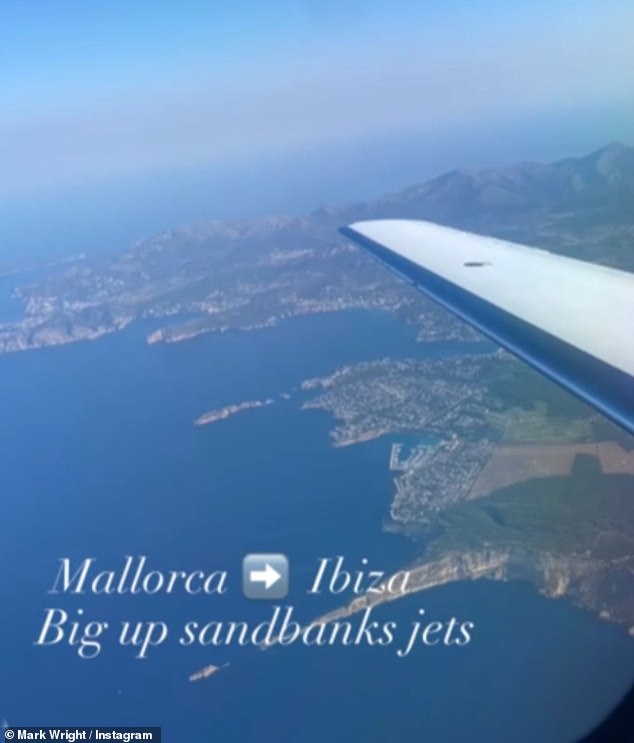 Stunning: Mark also made sure to show off the stunning sea view from a plane window as they sped towards Ibiza