As admired as Michelle Obama’s Democratic National Convention speech was Monday night, it was her gold VOTE necklace that took center stage and set the internet on fire.

The former First Lady gave an impassioned keynote speech on Day 1 of the DNC, tellind Democrats to ‘vote like we did in 2008 and 2012,’ subtly underscoring the point by wearing a gold necklace that spelled out the word ‘vote.’

People who watched the speech spotted the necklace and starting seeking it out, sending Google searches for ‘michelle obama necklace’ through the roof. 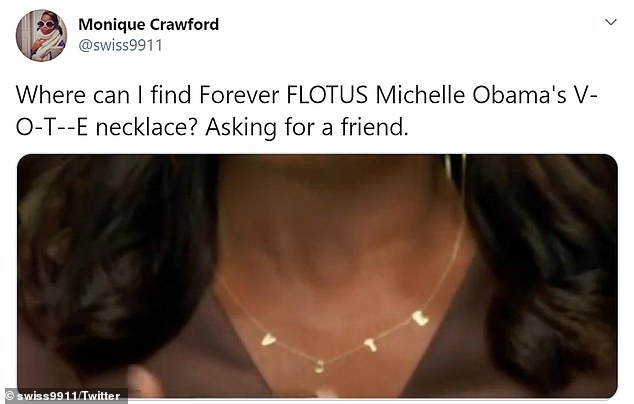 ‘Someone find me Michelle Obama’s VOTE necklace immediately please, I need to wear it every day for the rest of my life,’ one Twitter user wrote.

‘Where can I find Forever FLOTUS Michelle Obama’s V-O-T–E necklace? Asking for a friend,’ another tweeter wrote.

“I have now counted FIVE tweets in one quick scroll about Ms. Michelle Obama’s gold vote necklace,’ a Twitter user said, adding: ‘S**t’s bout to be 1) sold out from the original 2) targeted to every woman by rando DTC companies 3) Forever 21, Zara, and H&M are already mass producing this.’ 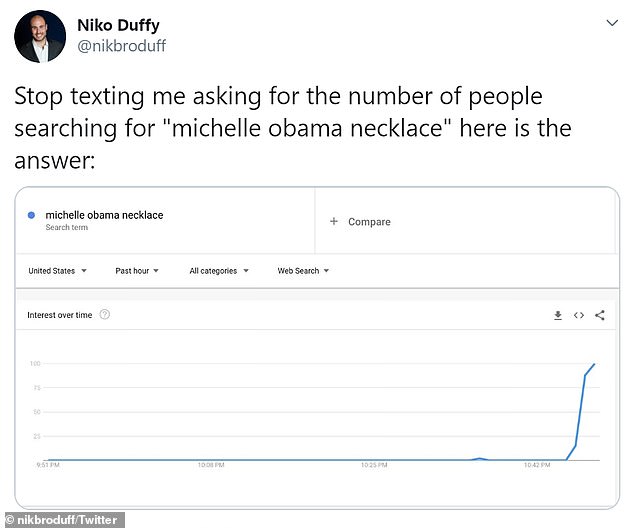 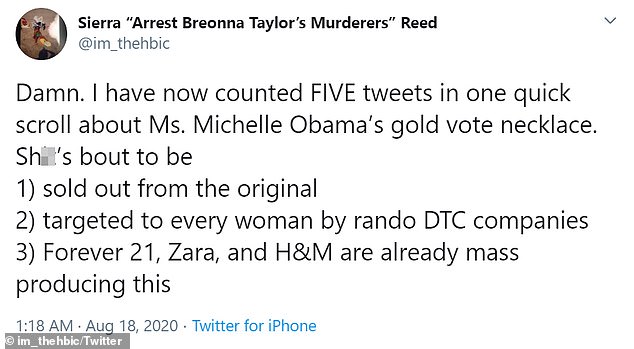 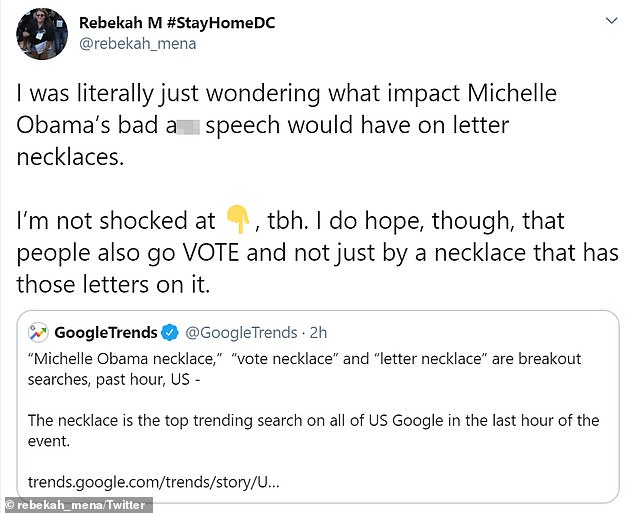 It turns out that Obama’s VOTE necklace was custom-made by ByChari, a female-owned company based in Los Angeles.

Company owner Chari Cuthbert, 36, told the Daily Beast that she had no idea Obama would sport the necklace during the DNC speech until she saw it around her neck in a clip from the video that her mother spotted on CNN Monday afternoon.

‘It was surreal,’ Cuthbert said. ‘I sat at my desk and cried.’

Still, Cuthbert said, she didn’t trumpet the fact that Obama was wearing one of her designs on social media ‘Out of respect’ because she ‘didn’t want to take advantage.’

Miami-born Cuthbert, whose parents are Jamaican, said that Obama’s stylist had called to order the $430 necklace several weeks prior to the convention, but hadn’t specified when or where it would be worn. 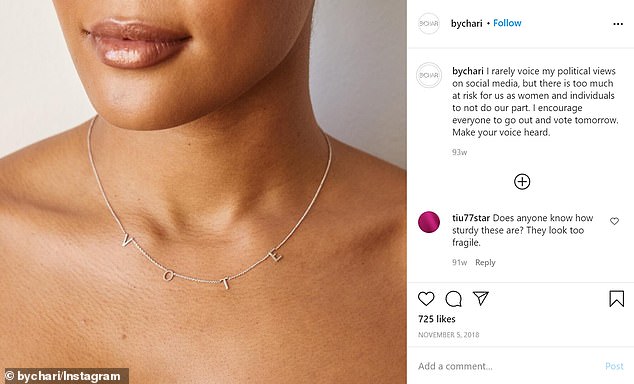 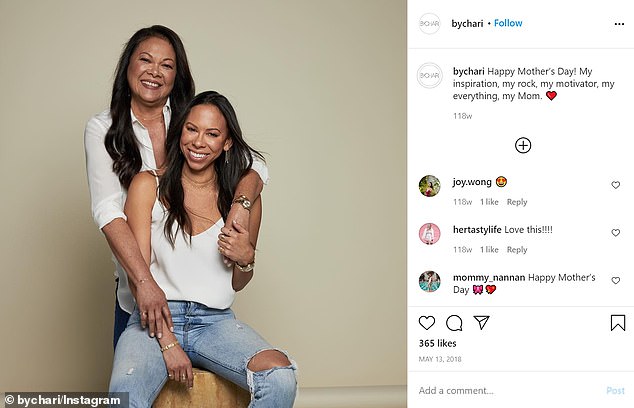 Cuthbert said that before Obama’s stylist came calling, she’d actually created a VOTE necklace for herself and posted it on the ByChari Instagram page.

‘I rarely voice my political views on social media, but there is too much at risk for us as women and individuals to not do our part,’ reads the caption for a post featuring a the necklace, dated November 5, 2018.

‘I encourage everyone to go out and vote tomorrow. Make your voice heard.’

Cuthbert said that she wasn’t sure if Obama’s stylist saw the VOTE necklace when it was posted back then or if the stylist came up with the idea to customize the necklace on their own.

About an hour after Obama’s speech, Cuthbert said she has seen an ‘a significant uptick in sales.’

Cuthbert said that prior to the necklace going viral, she had actually planned to use them to promote social activism and was already in the process of having several VOTE necklaces made to give to celebrities ahead of the 2020 Presidential Election.

At least one social media user pointed out that as great as Obama’s necklace is: ‘I do hope, though, that people also go VOTE and not just by [sic] a necklace that has those letters on it.’