Former first lady Michelle Obama admitted she is tired of mean politics but has encouraged those with the right to vote to make their mark to create change in the system that getting even her down.

The 54-year-old confessed her feelings at a voter rally in Las Vegas, Nevada Sunday and although she said she understood the plight of people who don’t feel heard, urged attendees to have their say in elections this November.

‘I’m sick of all the chaos and nastiness of our politics,’ she revealed. ‘It’s exhausting and frankly depressing. I understand trying to shut it all out go on and just try to live your life. Take care of your family in peace.’

Obama reminded listeners not to be fooled into thinking not voting is making a big statement.

‘Democracy continues with or without you,’ she said. ‘Folks who are voting know the impact.’

‘Not voting is like letting your grandma pick your clothes out. Now no offense to grandma, my mom is with me today,’ she said targeting the under 30s before asking if they would consult a relative much older than them for recommendation on an outfit to go to a nightclub.

To make the subject hit home, Obama made a point that may have evoked thoughts of police brutality against unarmed black US citizens in the year that marks the 53rd anniversary of the Voting Rights Act, which prohibits racial discrimination in voting.

Former US President Barack Obama was criticized after his 2016 speech on the shooting of Alton Sterling when he claimed it was ‘not a black issue’ and used the opportunity to show balanced views to support law enforcement too.

The topic was also the subject of debate in Texas for Beto O’Rourke as he faced-off with Ted Cruz for the Texas Senate Friday night. 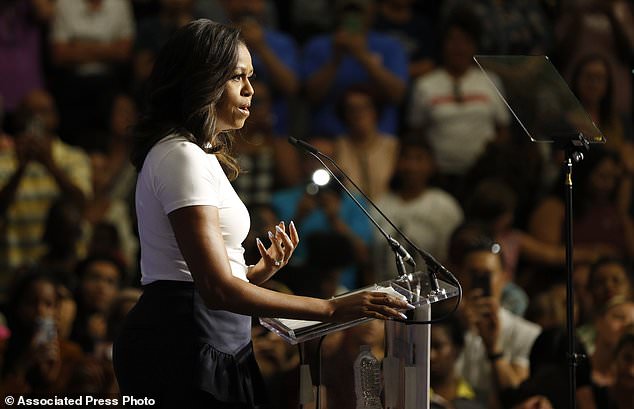 Her Nevada rally marked the 53rd anniversary of the Voting Rights Act, which prohibits racial discrimination in voting 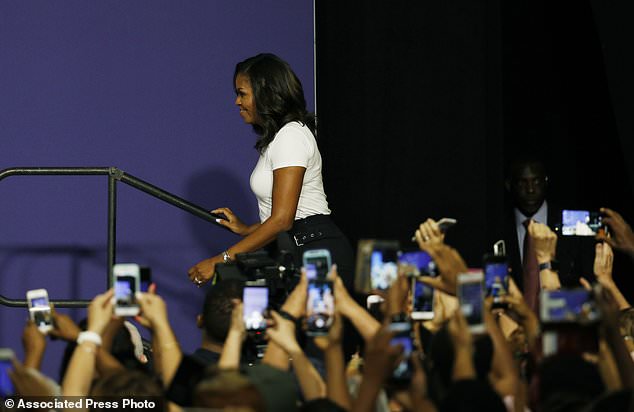 She hasn’t overtly supported any Democratic candidates this year, but her husband Barack Obama has made appearances in California and Ohio to support his party

‘Those sheriffs that we elect they decide how are streets are policed,’ Mrs Obama said Sunday.

Even the way people get around their city was up for discussion.

‘They can fix roads in public transportation system or not,’ she said about who people vote in.

Ultimately the message was that not registering to vote and cast ballots this fall was asking someone else to make decisions.

‘We get the leaders we vote for. We get the policies we vote for. And when we don’t vote, that’s when we wind up with government of, by and for other people,’ Obama told about 2,000 people inside a high school gymnasium. 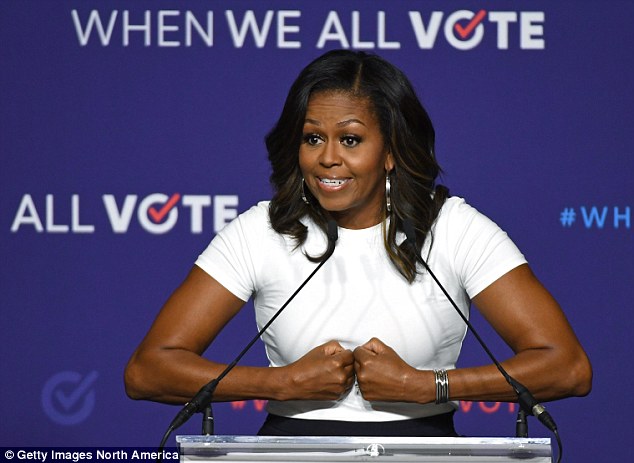 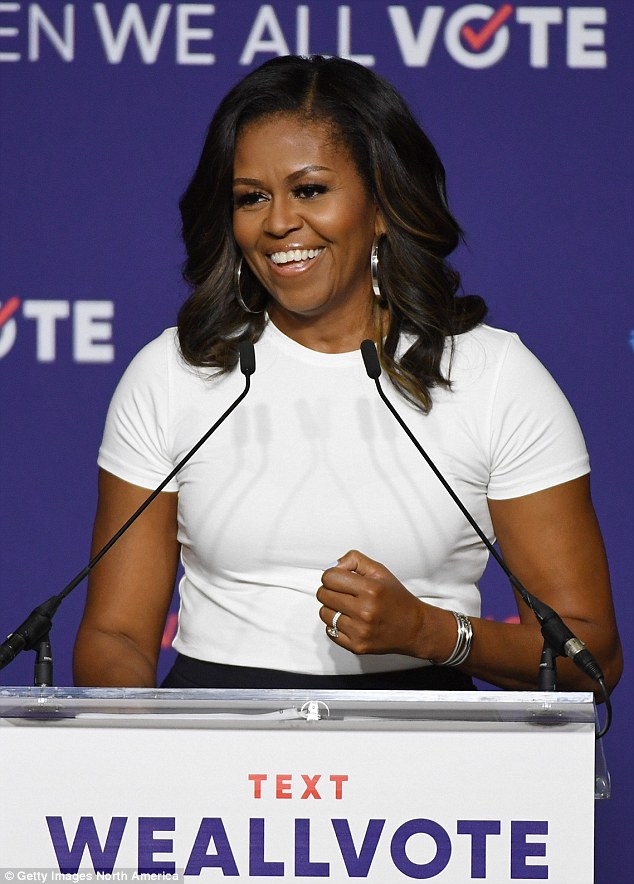 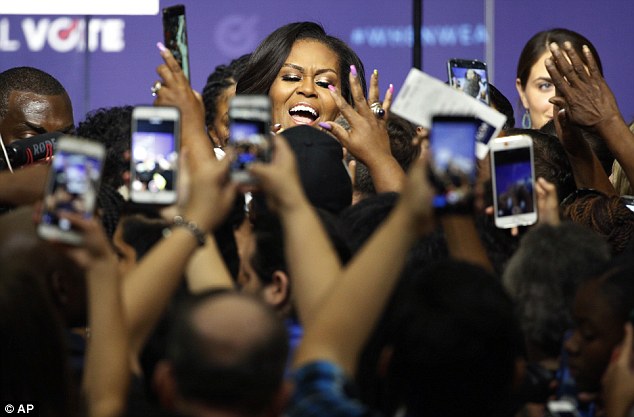 The When We All Vote co-chair has another rally to front in Miami on Friday for the nonpartisan, nonprofit organization before the elections.

Since leaving the White House in January 2017 she has largely kept mum on political matters but has re-emerged to help encourage voting participation regardless of political affiliation.

She hasn’t overtly supported any Democratic candidates this year, but her husband has made appearances in California and Ohio to support his party.

He has also endorsed more than 80 Democrats in more than a dozen states.

Michelle told people she didn’t care who they vote for as long as they participate but the crowd cheers loudly when someone in audience suggested she go after the presidency herself.

‘Stop this,’ she laughed in response. 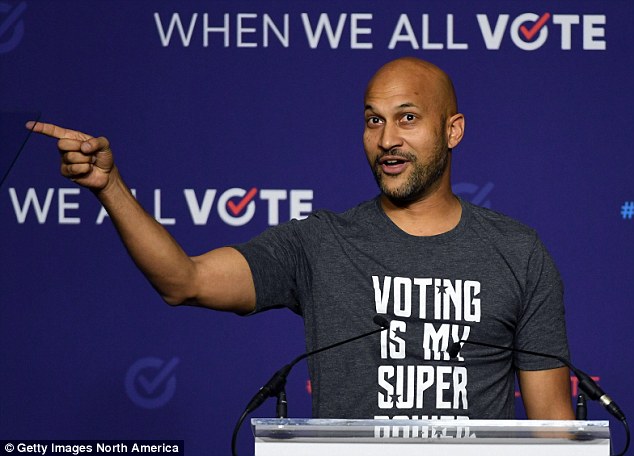 Like Mrs Obama, actor-and-comedian Keegan-Michael Key acknowledged his understanding of why people feel unmotivated to vote.

‘I’m sure many of you out here have been experiencing, let’s call it, “mild frustration”,’ he said about the ‘very, very interesting time’ in politics.

Arming those watching with the knowledge that Republication participation tends to be higher than Democratic during off-year mid-term elections, Key urged the crowd to ‘translate our outrage and our passion’.

ABC’s Grey’s Anatomy actress Kelly McCreary and the network’s Lana Parrilla from Once Upon a Time spoke.

Journalist Maria Elena Salinas took to the stage as did local first-time voters.

Other celebrity co-chairs like country singer Faith Hill and actor Tom Hanks are scheduled to appear at events to push voting.

Obama’s appearance came as she prepares to kick off her stadium tour to launch her memoir, Becoming, on November 13.

Mrs Obama is the first popular author to promote her book on a scale common for top musical performers, even using the entertainment company Live Nation.