Michelle Williams dons plaid scarf as she jets out of JFK

So Michelle Williams may have been on her way to one of those locations when she was spotted at JFK Airport in New York City on Monday.

The 37-year-old actress stood by her wheely case in a terminal as she made a call on her cellphone.

Ready to fly: Michelle Williams was spotted on the phone at JFK airport in New York on Monday

The Greatest Showman co-star was dressed for the chilly weather in a tan trench coat with a red and black plaid scarf wrapped around her neck.

Peering through a pair of prescription glasses, she teamed the pieces with a cream sweater and cropped black pants plus tan ballet flats.

Michelle’s blonde hair was cut in her trademark pixie style and she appeared to be wearing little in the way of make-up aside from some rose lipstick.

Earlier this month the four-time Oscar nominee publicly thanked Mark Wahlberg, 46, and his reps at WME for donating a combined $2 million to the Time’s Up legal fund against sexual abuse and harassment. 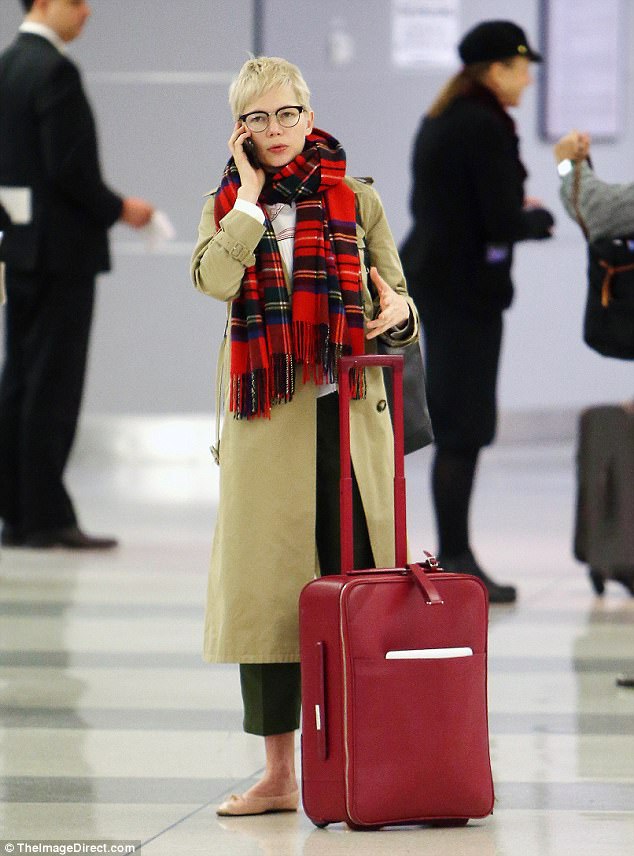 Dressed for the chill: The 37-year-old was wrapped up warm in a tan trench coat with a red and black plaid scarf around her neck, a cream sweater and cropped black pants

Mark kicked in his $1.5 million fee for reshooting scenes for All All The Money In The World after learning that Michelle was only paid $800 for her work.

Michelle wrote: ‘Today is one of the most indelible days of my life because of Mark Wahlberg, WME and a community of women and men who share in this accomplishment. 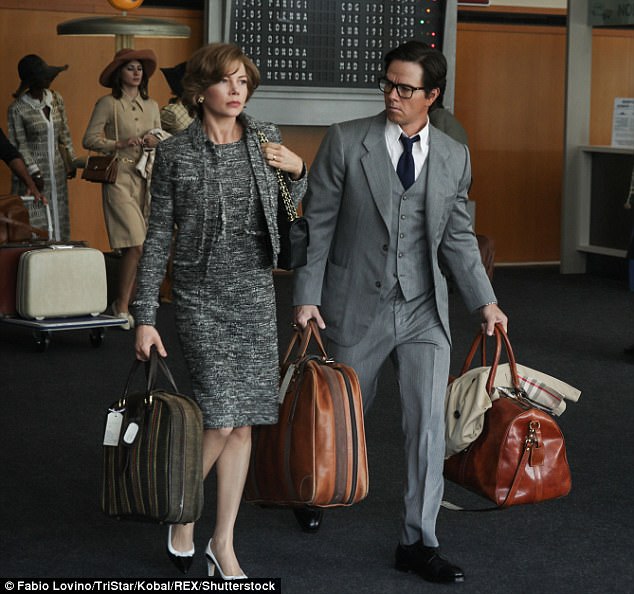 Generous star: Michelle thanked her All The Money In The World co-star Mark Wahlberg for donating his $1.5m reshoot fees to Time’s Up after learning she was paid $800 for her work

‘If we truly envision an equal world, it takes equal effort and sacrifice.’

Michelle, who has a 12-year-old daughter Matilda with Heath Ledger, who died of an accidental drug overdose in 2008, can next be seen in comedy I Feel Pretty, due out June 29.

She also has four projects in pre-production: musical drama Annette; thriller All The Old Knives; crime drama Rio, and Janis, in which she plays the late rocker Janis Joplin. 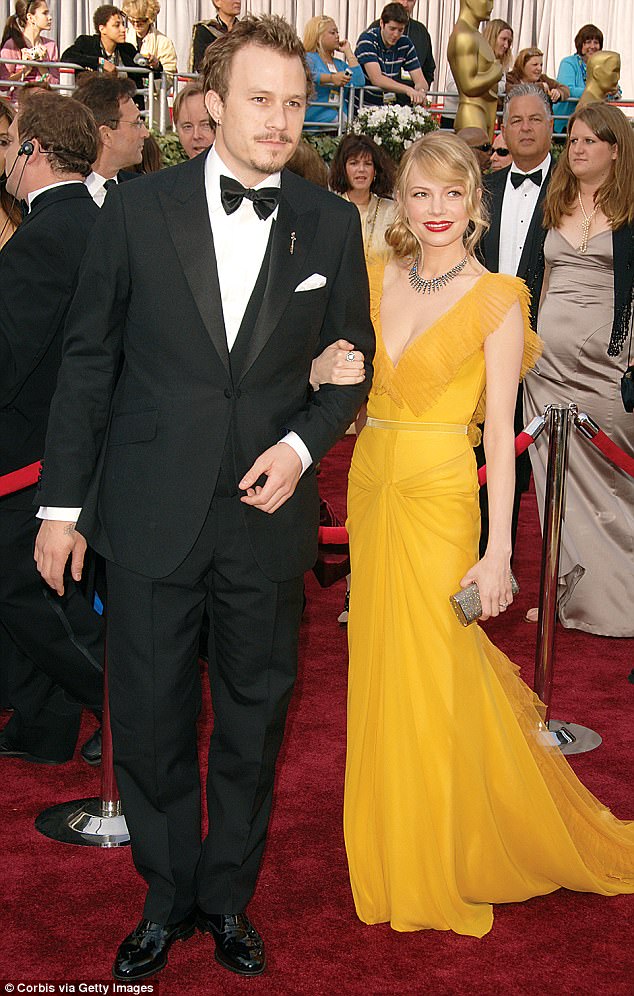 Tragic love: Michelle and her late beau Heath Ledger at the 2006 Oscars in Hollywood where they were both nominated for their roles in Brokeback Mountain, the  movie on which they met