Pregnant Michelle Williams was glowing as she was spotted in New York City on Wednesday afternoon.

The Dawson’s Creek alum and Oscar-nominated actress appeared to be full of good energy as she threw a thumb’s up.

The star looked chic in a white summer maternity dress with matching hat as she  awaits the arrival of her third child due this fall.

Thumb’s up: Pregnant Michelle Williams was glowing as she was spotted in New York City on Wednesday afternoon

She was spotted chatting happily on her mobile phone in front of her apartment in New York City on Wednesday afternoon.

Williams announced her third pregnancy in a Vanity Fair cover story on May 10.

Since then she has been the epitome of maternity style as she and her baby bump have dazzled on the red carpets of the Cannes Film Festival and other events.

Causal and cool in a loose, long-sleeved Bohemian style dress, Williams proves that even the most understated attire can look chic on a hot summer day on the East Coast.

The lightweight, linen dress boasts a gentle periwinkle summer-appropriate plaid pattern and is accentuated by a colorfully embroidered pattern around the neck. 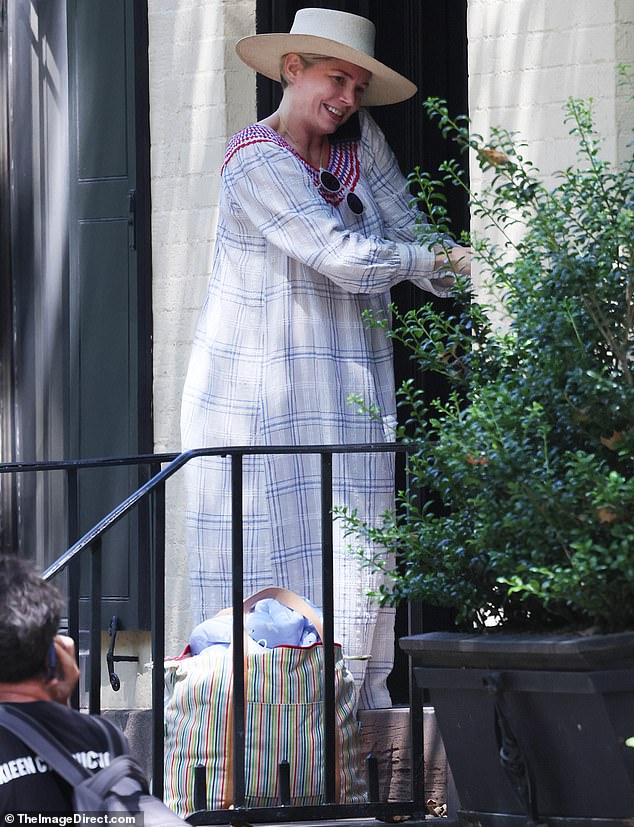 Busy girl: She exuded delightful energy as she multitasked between carrying a large bag and fiddling with the lock on the door

The bold red and blue embellishment draws the eye away from the baby bump and up to her neckline and glowing face.

Accessorizing further with a light-colored wide-brimmed hat atop her head, Williams acknowledged the photographer with a carefree thumbs up.

Going incognito by putting on her classic acrylic framed shades, Williams continued about her day blissfully.

The actress was seen multitasking as she carried a large bag and fiddled with the lock on the door of the building. 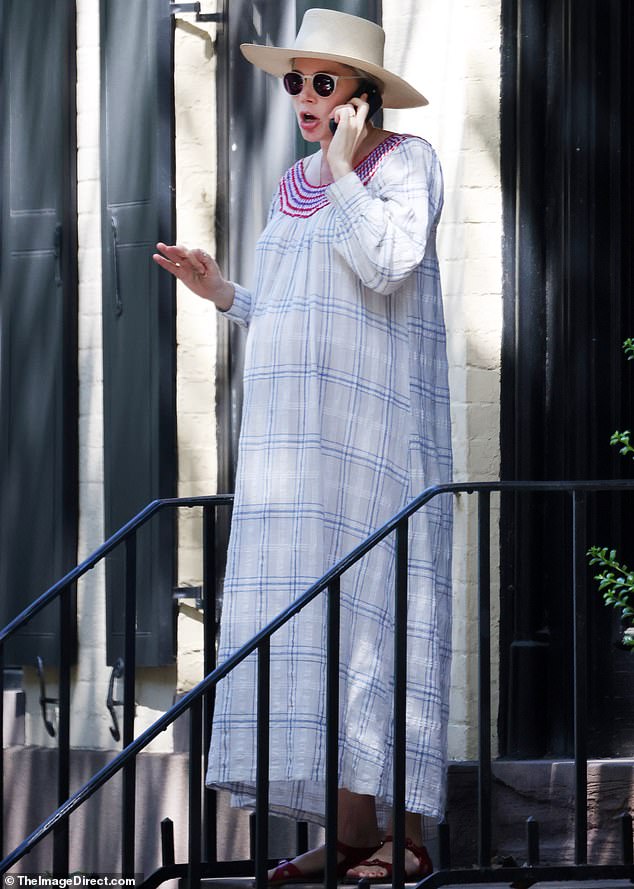 Williams is set to become a mother of three.

She welcomed 16-year-old daughter Matilda with the late actor Heath Ledger in 2005.

In 2020 Williams married Broadway Hamilton director Thomas Kail and the two welcomed their first child during the Covid-19 pandemic lockdown.

Their son Hart, whose name was not made public until just recently, is now two.

She added, ‘As the years go on, you sort of wonder what they might hold for you or not hold for you. It’s exciting to discover that something you want again and again is available one more time. That good fortune is not lost on me or my family.’ 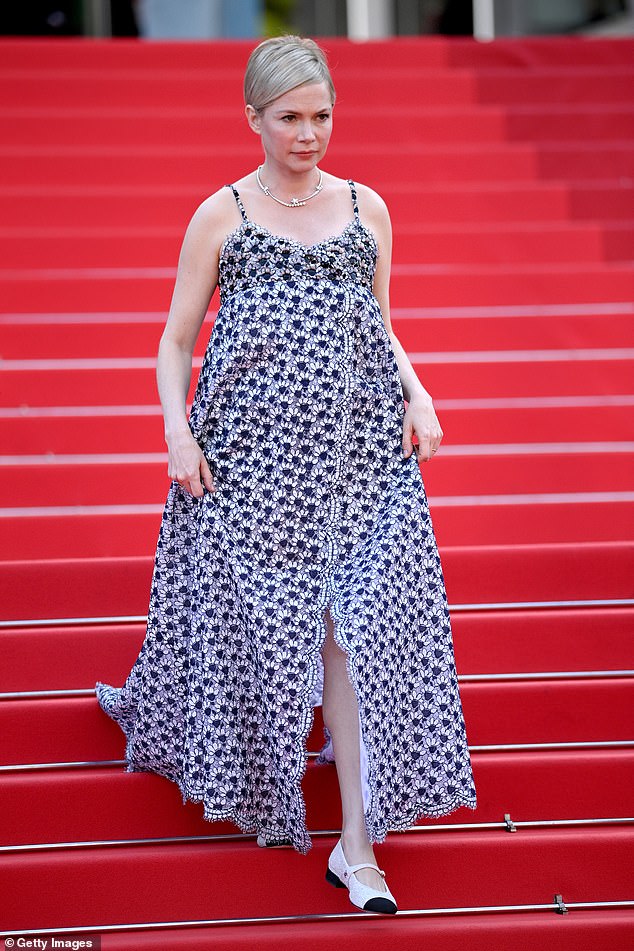 French fashion: In May, the star looked fashionable in a black and white daisy print maternity dress while at the Cannes Film Festival