The owners of a bed-and-breakfast in Michigan have been forced to remove a Norwegian flag from the front of their hotel after dozens of guests and passersby have mistaken it for a Confederate flag.

Kjersten and Greg Offenbecker, a married couple with three children, have operated The Nordic Pineapple Bed & Breakfast out of a historic Civil War-era mansion located in St John, Michigan, for the past two years.

To honor Kjersten’s Scandinavian heritage, the owners hung a large Norwegian flag alongside an American flag at the front entrance – a decision that has proven controversial due to the Norwegian flag’s passing resemblance to the symbol of the Confederacy.

Mistaken identity: The owners of The Nordic Pineapple in St John, Michigan, last week took down this Norwegian flag after it was repeatedly mistaken for a Confederate flag 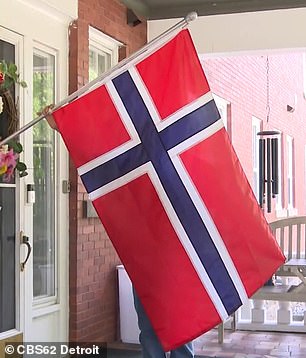 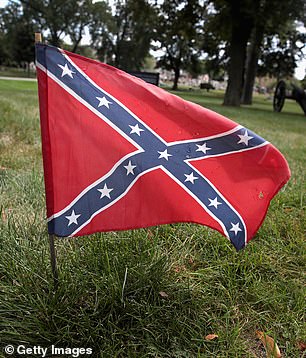 Distinct: A Norwegian flag features a blue cross superimposed on a white cross (left), while a Confederate flag displays 13 white stars on a blue ‘X’ (right) 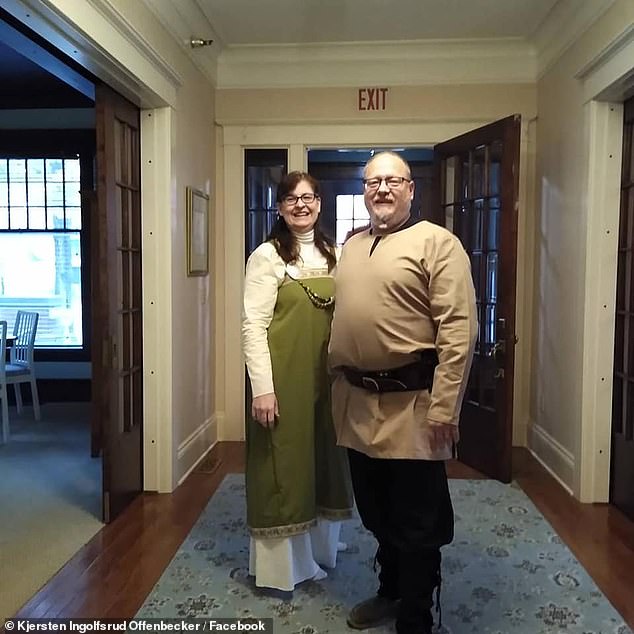 The Offenbeckers, who have three children, opened the inn in 2018 after retiring

‘I don’t see it because I grew up with the Norwegian flag,’ Kjersten told the Lansing State Journal. ‘To me, they are two distinct flags.’

Both banners are red and blue but have distinctly different patterns, with the Norwegian flag featuring a blue cross superimposed on a white cross, and the Confederate flag displaying 13 white stars on a blue ‘X.’

After receiving many negative comments from people about the flag accusing the owners of bigotry, the Offenbeckers decided to take it down.

‘We started to have this concern that it was deterring people away from coming to our bed and breakfast,’ Offenbencker told the station WILX. ‘That people would see it and make this judgement.’

Finally, last week the innkeepers removed both flags from the facade of their landmark 9,000-square foot, eight-bedroom mansion that was built in 1861 by Oliver Spaulding, a brevetted brigadier general with the Union army who later served in the US Congress. 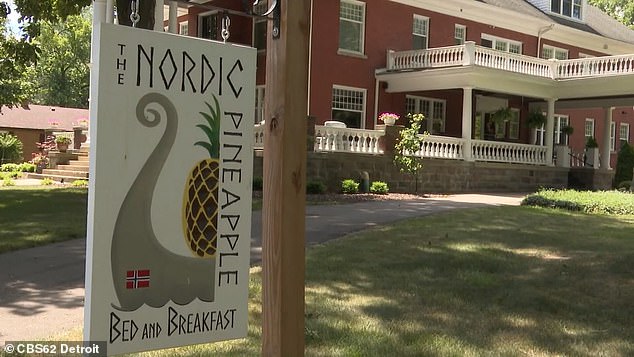 Kjersten is of Norwegian descent, which explains the name of their B&B and the presence of Norway’s flag on the property 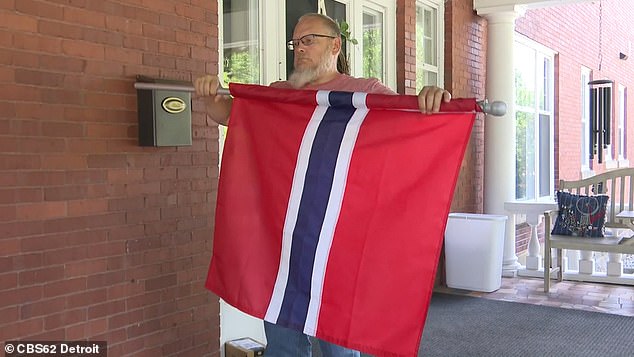 Greg is pictured rolling up the Norwegian flag, after his wife insisted that it be taken down amid criticism from the community 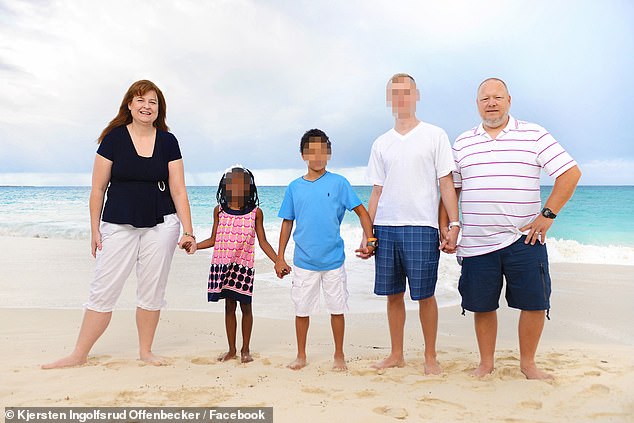 ‘We love being members of the St Johns community and are heartbroken to have had to make this decision,’ the Offenbeckers wrote in a July 20 Facebook post. ‘Given the current cultural climate and the idea that people are judging us based on the misconception of the national Norwegian flag vs. the Confederate flag, this is what is best for our family and our Inn.’

Kjersten said her husband was opposed to taking down the Norwegian flag, arguing that people should know that it’s different from the Confederate flag, but his wife put her foot down.

‘I was done. I’ve have enough. I’m tired with people mistaking us for [bigots],’ she said.

The couple said they were deeply hurt by accusations of racism, especially given the fact that their two adopted children, ages 12 and 15, are Black.

Several community members have urged the Offenbeckers to put the Norwegian flag back up, but they say they won’t until they can figure out a way to make sure it is not mistaken for the the Confederate flag. 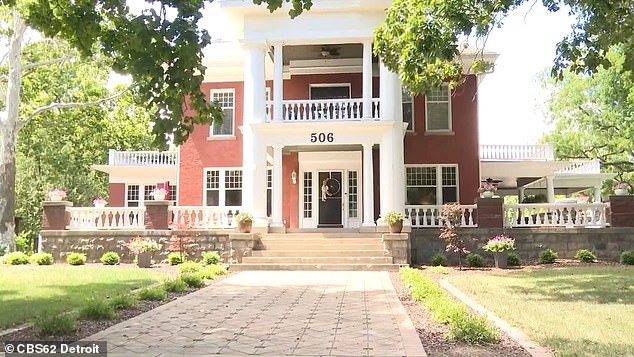 The B&B is located inside this landmark 9,000-square foot, eight-bedroom mansion that was built in 1861 by Oliver Spaulding, a brevetted brigadier general with the Union army who later served in the US Congress