A Michigan boy who anticipated a congratulatory letter from President Trump after he became an Eagle Scout received a note regarding the late Barbara Bush instead.

Twitter user Indivis Northville shared the contents of the letter earlier this week to social media.

The note, signed by Trump, read: ‘I appreciate you taking the time to send your thoughts and suggestions. Melania and I join the Nation in celebrating the life of Barbara Bush.’

Twitter user Indivis Northville shared this letter signed by Donald Trump to an Eagle Scout. The letter was a note regarding the late Barbara Bush

The note said further: ‘As a wife, mother, grandmother, military spouse and former First Lady, Mrs. Bush was an advocate of the American family.

‘Amongst her greatest achievements was recognizing the importance of literacy as a fundamental family value that required nurturing and protection.

‘She will long be remembered for her strong devotion to country and family, both of which she served unfailingly well.

‘Our thoughts and prayers are with the family and friends of Mrs. Bush.’ 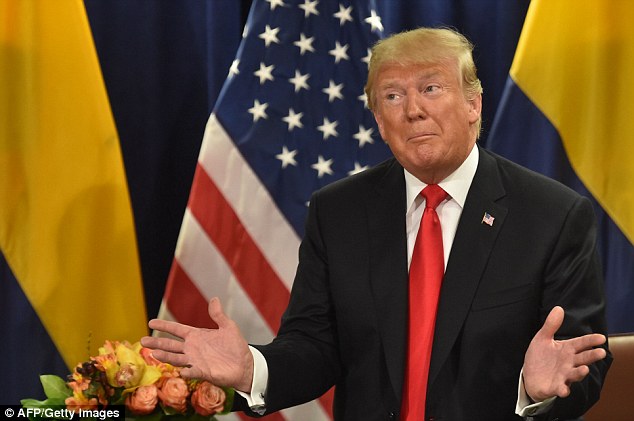 Trump signed the letter addressed to the Eagle Scout with the message that said: ‘Our thoughts and prayers are with the family and friends of Mrs. Bush’ 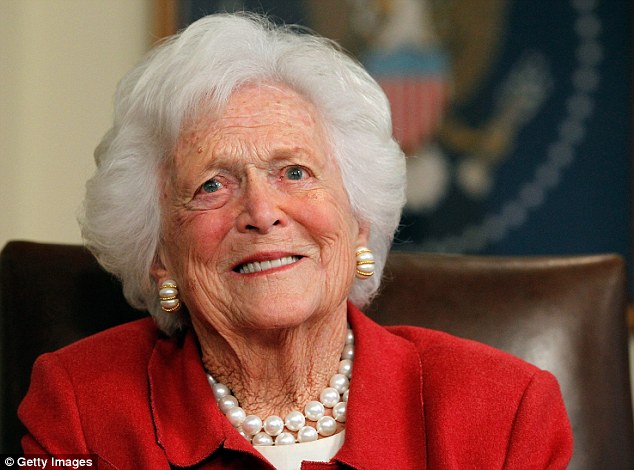 The Twitter user who shared the letter said her friend’s son had recently received it.

The boy reached the rank of an Eagle Scout – the highest achievement in Boys Scouts.

‘It’s traditional for the President to send congratulatory letters to boys who have reached the rank of Eagle Scout,’ the Twitter user said.

Several people commented in the thread.

A man named Noah Foxson said he had another bizarre experience when he became an Eagle Scout.

‘I became an Eagle a full year after Trump became president, but because the administration was so disorganized, the letter I got on behalf of the government still had Obama’s signature,’ Foxson wrote in the comments. 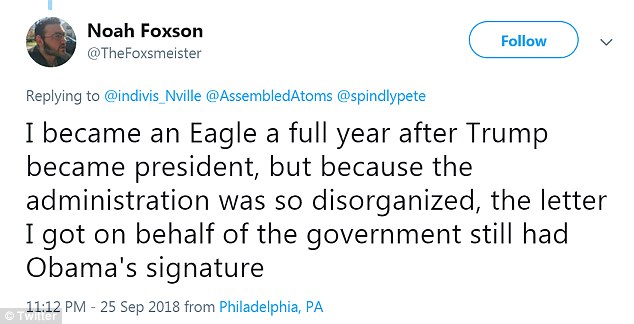 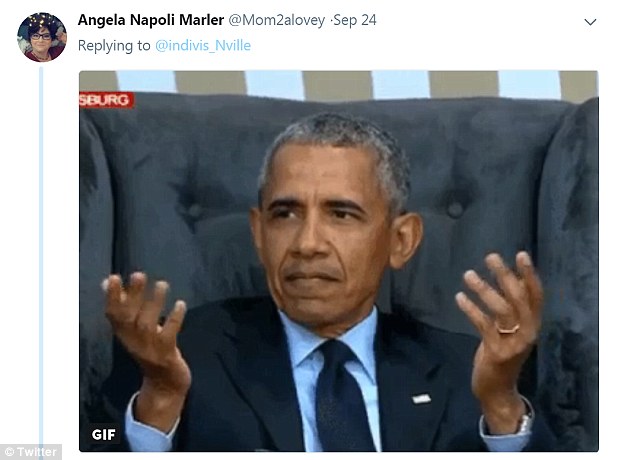