The latest projections show Tiangong-1 will reenter the Earth’s atmosphere sometime on April 1, but no one can precisely predict when or where the 8.5-ton station will crash down.

Reentry could occur along a strip of the US from northern California to Pennsylvania, which includes the southern part of Michigan’s Lower Peninsula, according to the Aerospace Corporation. 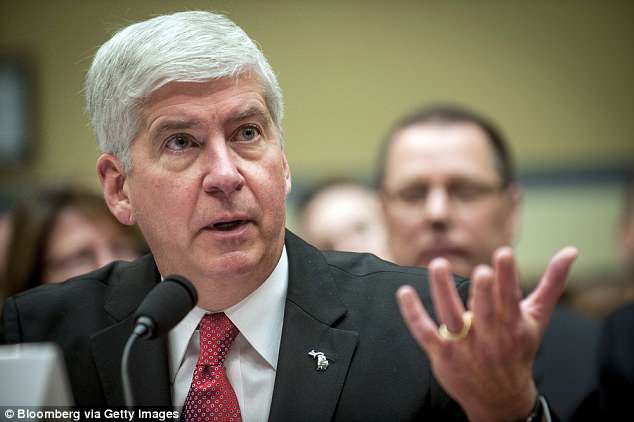 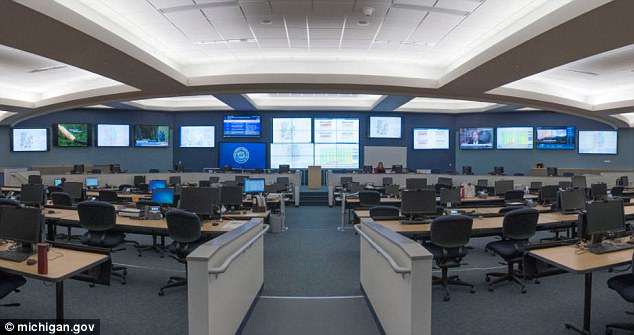 The interior of the Michigan SEOC is seen. Emergency officials will be manning the command center around the clock tracking the rogue station until reentry

‘While the chances are slim that any of the debris will land in Michigan, we are monitoring the situation and are prepared to respond quickly if it does,’ said Michigan State Police Capt. Chris A. Kelenske, commander of the MSP Emergency Management and Homeland Security Division.

‘The state will rely on its existing satellite reentry response and recovery plan for any necessary response protocols,’ Kelenske said in a statement.

While most of the space station is expected to burn up during reentry, there is concern that debris could make landfall.

The debris could contain hydrazine, which is a highly toxic and corrosive substance.

Tiangong-1 was China’s first prototype space station. It was abandoned in 2016 and the telemetry link was subsequently lost, sending the station into uncontrolled orbital decay.

Although it is unlikely, the station’s orbit means it could crash into a number of highly populated areas, including New York,  Barcelona, Beijing, Chicago, Istanbul, Rome and Toronto. 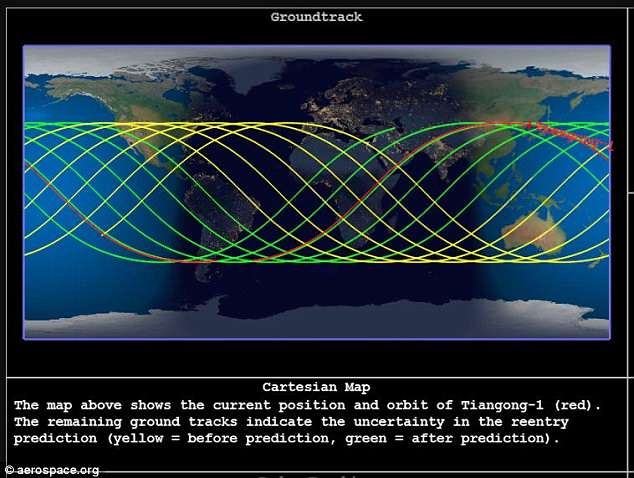 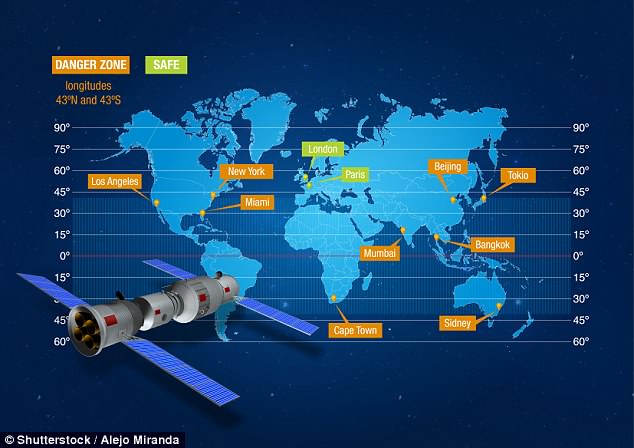 Cities within the possible reentry path are seen above in orange. Safe cities are seen in green 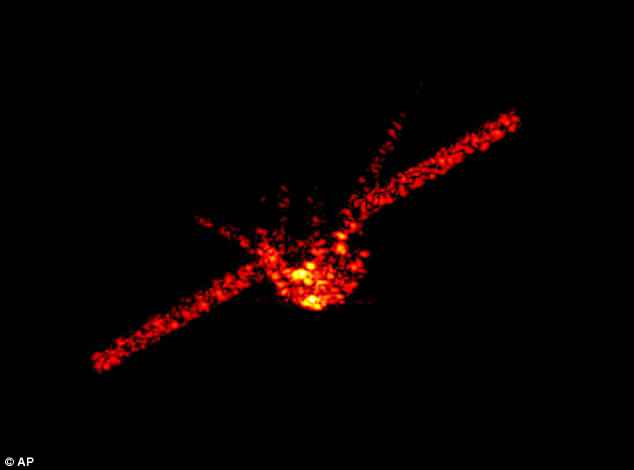 The shape of China’s falling space station Tiangong-1 can be seen in this radar image from the Fraunhofer Institute for High Frequency Physics and Radar Techniques near Bonn, Germany

Sky-watchers are keeping a keen eye out, as the debris will create a spectacular display as it burns up in the atmosphere.

The possibility that space debris will hit someone is remote, but it has happened one time in the past.

In 1997, Lottie Williams of Tulsa, Oklahoma, was uninjured when a small piece of debris from a rocket fuel tank fell on her shoulder while she was out for a walk.

The latest projections from Aerospace Corporation put reentry at 11.15am Eastern Time on Sunday.

Officials warn that any suspected space debris should be considered hazardous.

Anyone who suspects they have encountered debris from the space station should report it by calling 911 and stay at least 150 feet away from it.