Nine days before his death from the mosquito-borne Eastern equine encephalitis (EEE) virus in August, Gregg McChesney, 64, was strong and healthy, helping his brother build docks.

In just a little over a week, the grandfather and artist from Kalamazoo was brain dead.

He was one have three people who have died of EEE this year in Michigan, where a total of seven cases have been reported.

The virus, which causes life-threatening brain-swelling and kills 30 percent of those that contract it, has been unusually active in the Eastern US this year.

Gregg’s family, is still reeling from the loss, but they are urging others to take every precaution – including avoiding swampy areas and wearing DEET repellent – to protect themselves from the rapid, catastrophic disease.

Gregg McChesney (left) died of Eastern Equine encephalitis (EEE) at age 64 in August just nine days after developing symptoms of the mosquito-borne virus that has sickened seven and killed three in his home state of Michigan. PIctured with his brother, Mark (right)

Alongside his brother, Mark, Gregg had grown up on a farm in Michigan, and was accustomed to being outside.

The brothers both love the arts, but enjoyed building things and spending time outdoors together.

They knew how to be safe while doing carpentry, and even how to fend off the bears the encountered on a recent camping trip. 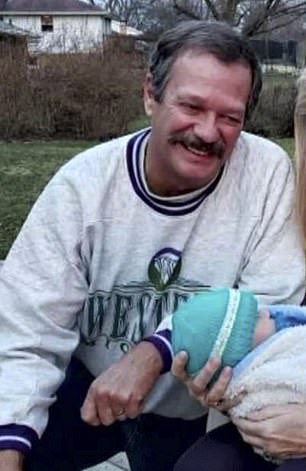 Greg was an avid outdoorsman, grandfather and artist. Just days before his death, he helped his brother build docks for a pond

Something as seemingly-innocuous as a mosquito was unlikely to scare off Gregg, an avid outdoorsman and grandfather.

But the state’s muggy summers and marshy lands have turned the pesky insects into carriers of a deadly disease.

‘Late July, he was here at the farm helping me put docks in at the pond,’ Mark told WOOD TV.

There’s no way to know when Gregg was bitten, but the first symptoms of EEE – a high fever, headache, fatigue, nausea – typically set in within a four to 10 days of a bite from an infected mosquito transmits EEE.

‘Right off the bat, we were like, ‘How could this happen? What did happen?’ said Mark.

‘We just didn’t know and the doctors were just doing everything they could to try to say it was this or that, and they just couldn’t figure it out.’ 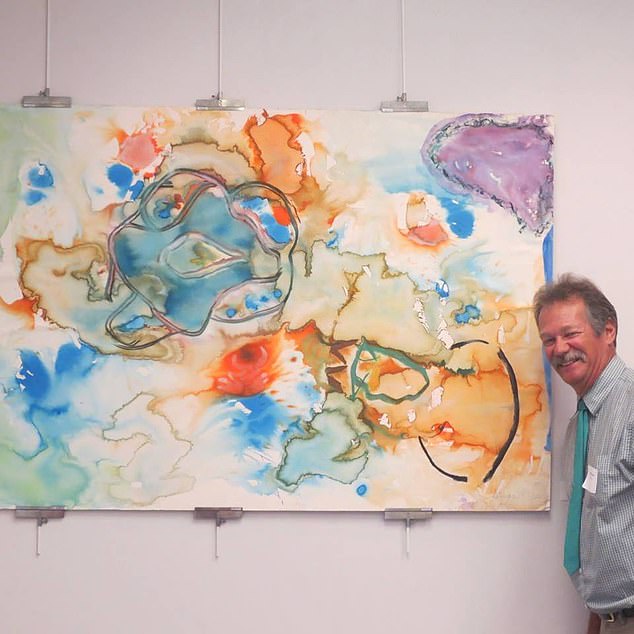 As much an artist as a lover of the outdoors, Gregg had several shows in Michigan. His family described him as happy, healthy and fulfilled before his tragic death in August

And even once they diagnose the root cause, doctors are relatively helpless to treat it. 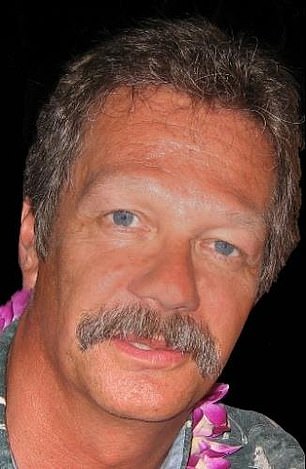 Gregg’s illness shocked and mystified his family and even his doctors. Although they eventually diagnosed him with EEE, it was too late and he died just nine days after falling ill

Michigan is in the throes of the worst outbreak of EEE the state has seen in well over a decade, health officials there said in a statement.

The state has seen seven confirmed cases off EEE, which has also sickened 10 in New Jersey, nine in Massachusetts and three in Rhode Island. Several people have died across the affected states.

In a typical year, there are just five to 10 cases in the entire US.

Not everyone bitten by an infected mosquito will develop life-threatening EEE, as Gregg did, but if they do, the disease can be swift devastating, as Mark now knows all to well.

He remembers his brother fondly as ‘a great guy. He loved life,’ Mark told WOOD.

And Mark takes the advice his brother gave him and his wife, Darlene, in poem form to heart more than ever: ‘Have a happy life, you only get one.’