He survived two plane crashes that killed his immediate family, learned how to walk again after being in a coma, and now Austin Hatch is going to the Sweet Sixteen.

It is a dream come true for the former University of Michigan basketball player, who is now a student assistant coach for the Wolverines.

And it is a reality that seemed impossible when a 2011 plane crash left Hatch in a coma for months. Just 10 days before, he had earned a scholarship with the school.

It was the second time tragedy had struck for Hatch, who lost his 38-year-old mother Julie, 11-year-old sister Lindsay, and five-year-old brother Ian in a 2003 plane crash.

Former University of Michigan basketball player Austin Hatch, 23, is going to the Sweet Sixteen with the Wolverines as the student assistant coach for the team 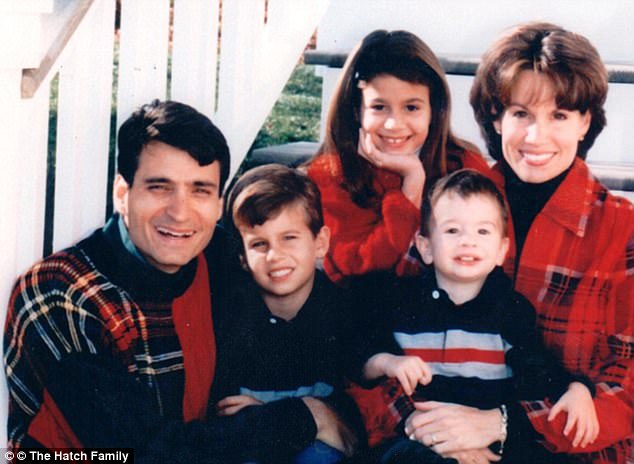 It’s a dream come true for Hatch, who survived two plane crashes in 2011 and 2003 that killed his father Stephen, mother Julie, sister Lindsay, and brother Ian (all pictured)

Hatch was just eight years old when he and his father Stephen survived the crash on the way back from their lake house in Michigan.

He believes he survived because his father, who was piloting the plane, threw him from the wreckage.

In the years after the accident, Hatch said his father was essential to getting him through the emotional trauma – and preparing him for more to come.

‘He set an example for me, and pressed on and pushed through it for me,’ Hatch recently told MGoBlue.

‘My dad was telling me the whole time, “Hey, Aus, watch everything I do because in six to eight years, you are going to have to do this on your own. So take good notes and be prepared.'”

That time would come sooner than Hatch thought when, on June 24, 2011, he survived a second plane crash that killed Stephen and his second wife Kimberly. 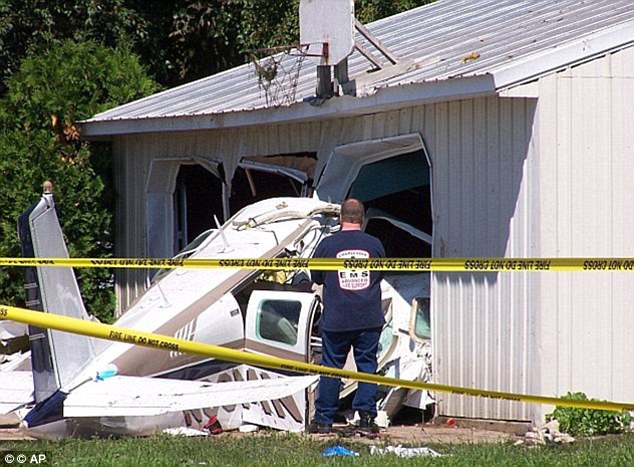 Hatch had been flying with his father and stepmother Kimberly when their plane crashed in 2011, just days after he had committed to playing basketball for Michigan. Only Hatch survived

The trio, along with their two dogs, had been flying between the family’s home in Fort Wayne, Indiana and their summer house in Michigan.

Hatch was left in a medically-induced coma with brain trauma and other injuries, including a punctured lung, fractured ribs, and a broken collarbone.

He would need to learn how to walk and talk again. At one point, doctors feared Hatch would be confined to a bed for the rest of his life.

But Hatch would learn how to live again in Los Angeles, where he moved in with his uncle and finished high school following the second tragedy. 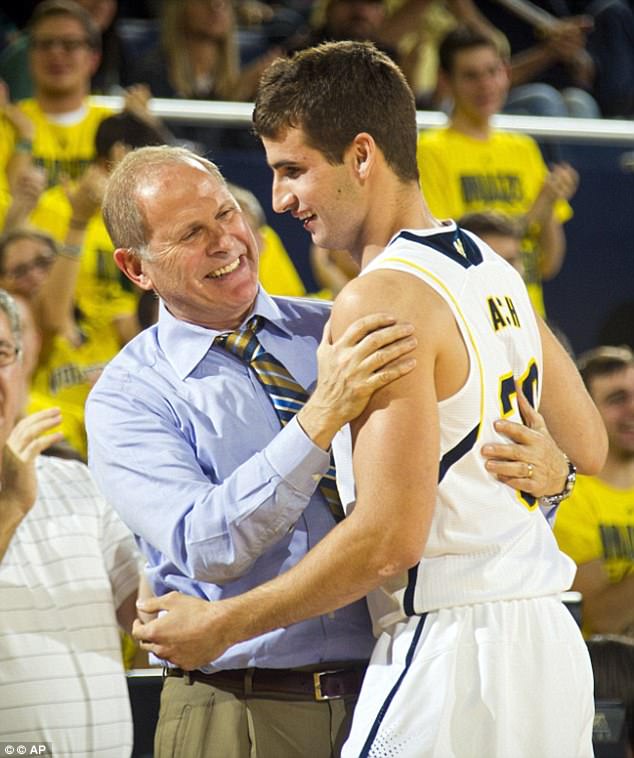 Hatch had to learn how to walk and talk again but eventually made it to Michigan, even scoring a free throw his freshman year (pictured with head coach John Beilein after the basket) 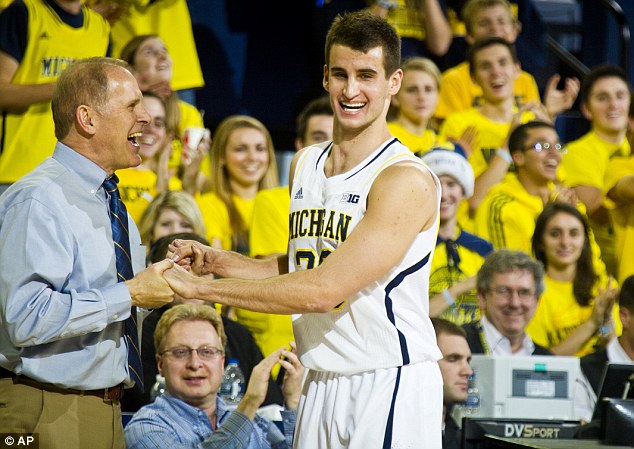 After a year playing for the team, Hatch and Beilein decided he should focus on his studies and work for the team as a student assistant

‘It was the year that prepared me for Michigan.’

Now Hatch will be returning to Los Angeles once again to try and help the Wolverines make it to the Final Four of the NCAA Tournament.

In 2013, Michigan honored his scholarship and Hatch joined the Wolverines, playing his first game for the team over the summer in Italy during a pre-season tour.

‘Playing basketball at the University of Michigan has been my goal since I was a little kid,’ Hatch said at the time.

‘It was unreal to be here and to have actually played a game.’ 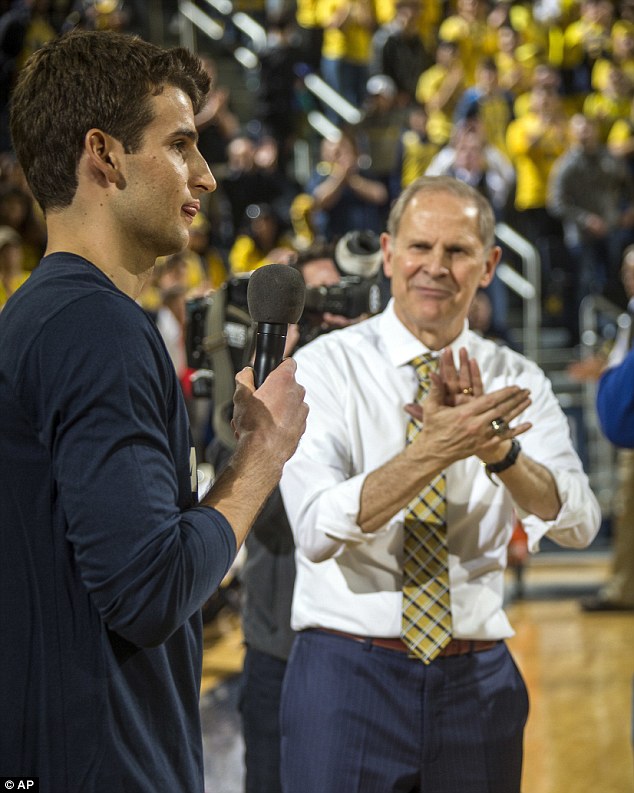 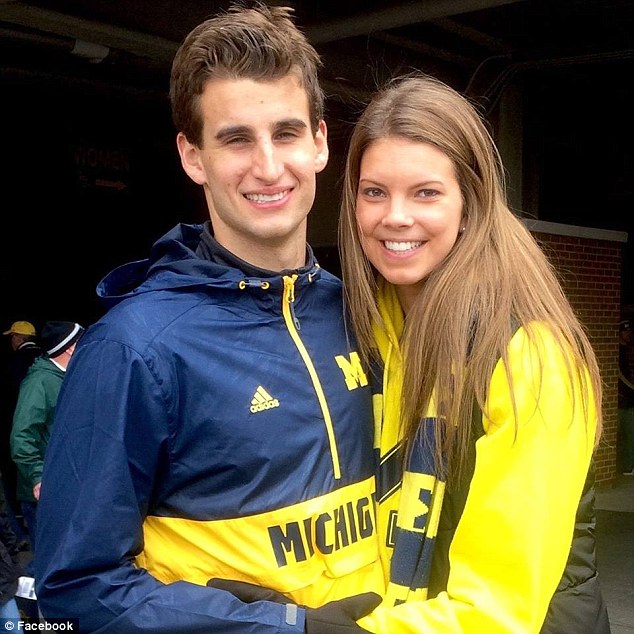 Hatch will graduate from Michigan this year and walk down the aisle with fiancee Abby Cole (pictured), who he proposed to last May

Hatch would go on to make headlines after he scored a free throw when the Wolverines played Wayne State in November 2014.

After a year playing for the team, Hatch and coach John Beilein decided he should focus on his studies and work for the team as a student assistant.

‘Obviously, what I contribute to the team doesn’t show up in the state sheet,’ Hatch told the Associated Press.

‘But the fact that I’ve been able to add something has given me a sense of fulfillment, if you will.’ 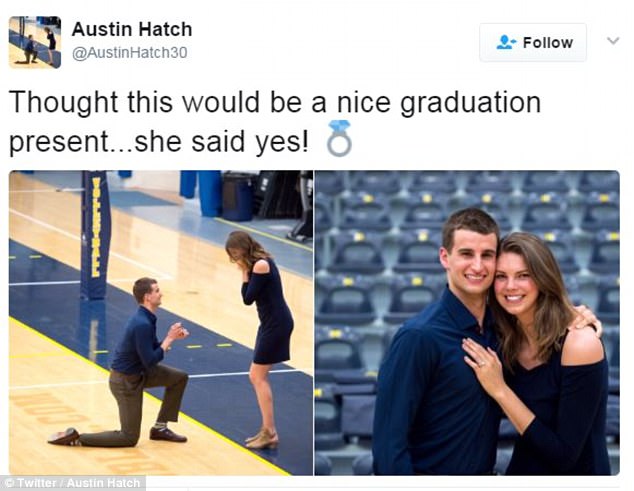 Hatch fittingly proposed on the court. Cole also played for Michigan on the volleyball team 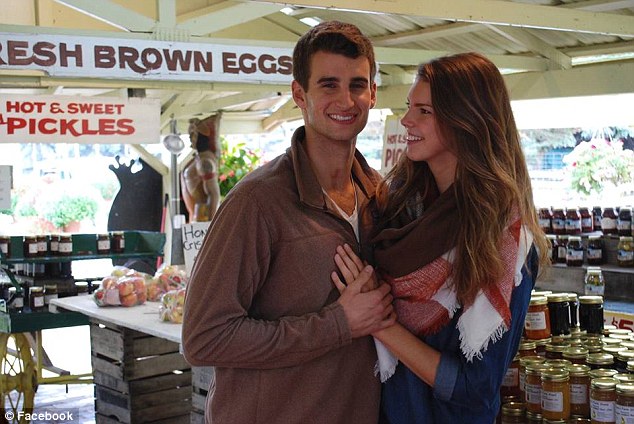 ‘I couldn’t control what happened to me, but I knew I could control how I responded to it. And I think that, given the circumstances, I’ve done my best to make the most of it.’

Hatch will graduate from Michigan this year and walk down the aisle with fiancee Abby Cole, who he proposed to last year, this June.

‘If you would’ve told me six and a half years ago when I was in a hospital and couldn’t walk that I would be getting ready to graduate from Michigan, that I was getting married to the woman of my dreams, that I would’ve had an incredible four years at Michigan…I’d have been like, “you’re crazy,”‘ he said.

‘I’m here to tell you it’s been better than I even could’ve imagined.’ 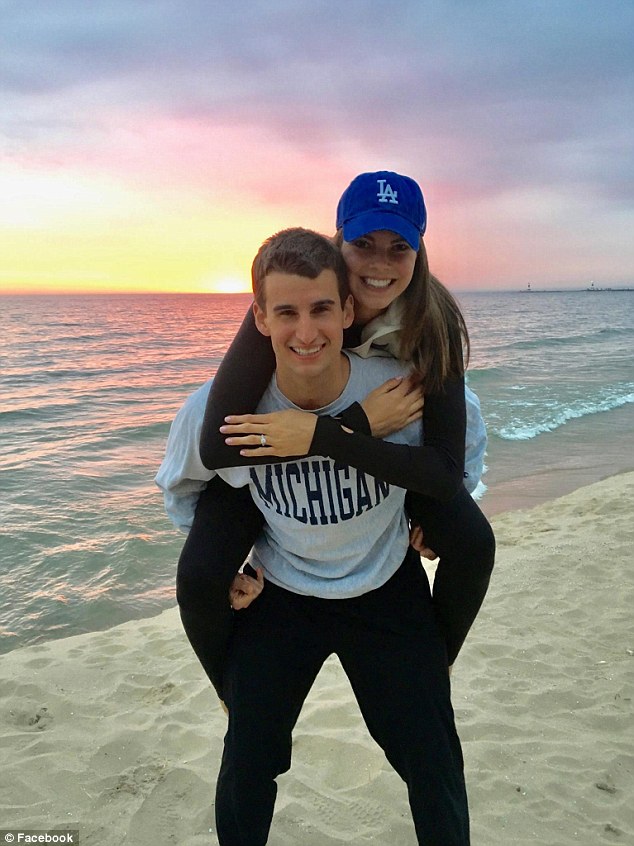 ‘If you would’ve told me six and a half years ago that I was getting married to the woman of my dreams…I’d have been like, “you’re crazy,”‘ Hatch said in a recent interview