Michigan Sen. Peter Lucido has come under fire for allegedly humiliating a female journalist at the state Capitol by telling her a group of high school boys ‘could have a lot of fun with her’.

Allison Donahue, a 22-year-old reporter with the Michigan Advance, was outside the Senate chamber in Lansing on Tuesday to ask Lucido a question as he was meeting with a group of visiting high school male students from De La Salle Collegiate in Warren.

Donahue tried to interview the 59-year-old Republican for a story she was working on, where it was revealed he was a part of a violent, anti-Gov. Gretchen Whitmer Facebook group.

He said he’d catch up with her after showing the group of visiting students around, saying, ‘You’ve heard of De La Salle, right?’ 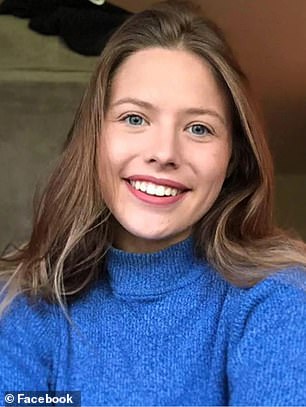 Michigan Sen. Peter Lucido has come under fire for allegedly humiliating 22-year-old journalist Allison Donahue on Tuesday by telling her a group of visiting high school male students ‘could have a lot of fun with her’

The group of 30 teenagers proceeded to burst into laughter.  Outraged Donahue walked away, thinking to herself, ‘I had been the punchline of their “locker room” talk.’

‘I’m 22 years old and one of the youngest current Capitol reporters. The senator’s insinuating comments about the “fun” I might have with a group of teenage boys was belittling and it came from a place of power,’ Donahue wrote in piece for the Michigan Advance.

Lucido has served as a state senator since 2019. He also served two terms in the House of Representatives from 2015 to 2018.  He’s now playing with the idea of running for governor in 2022. 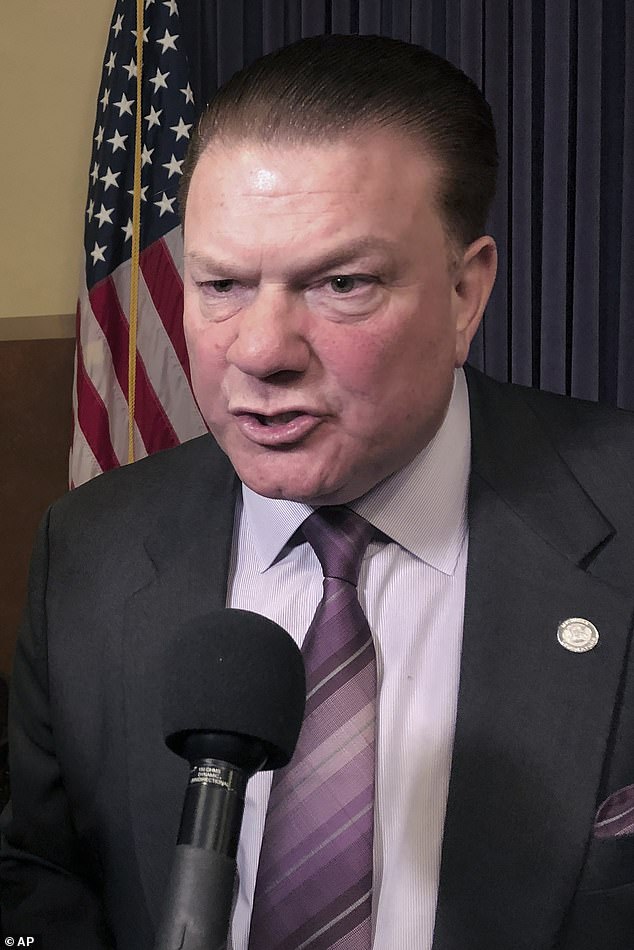 Lucido has served as a state senator since 2019. He also served two terms in the House of Representatives from 2015 to 2018. He’s now playing with the idea of running for governor in 2022. 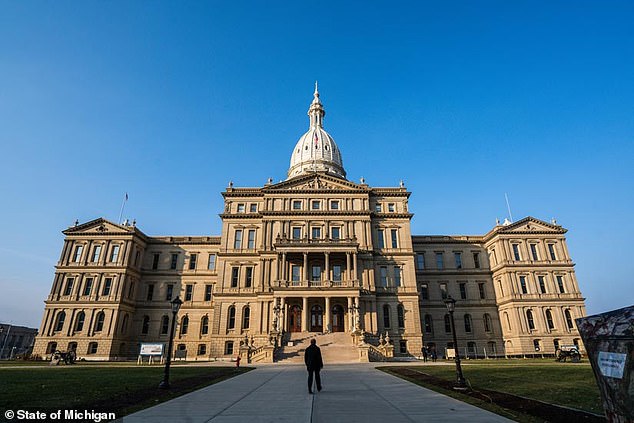 The incident took place on Tuesday at the State Capitol in Lansing, Michigan on Tuesday

Donahue said although she felt burned by his comment, she waited for him to finish speaking with the teens so she could conduct her interview.

But before she let the interview end, she called him out for his inappropriate comment.

‘Before I let him walk away, however, I knew I needed to speak up about the comment he made to me earlier. The situation made me embarrassed, it made me feel small and it made me want to walk away from the Capitol and tell my editor that Lucido wasn’t available to comment,’ she said. 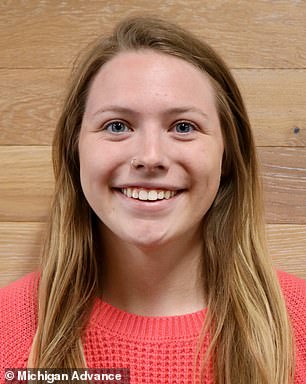 ‘Maybe he truly means that he never intended to cause harm with his comments, but that doesn’t excuse how we normalize this behavior from men in power,’ Donahue wrote in an op-ed about her experience

‘At the very least, I wanted to give Lucido the chance to take it back and apologize. He did not,’ she added.

She told Lucido: ‘I also wanted to make a comment. I thought the comment that you made was unprofessional in front of the group of boys, saying that I would have fun with them, I don’t know what you were insinuating, but— ‘

The senator then cut her off and defended his comment.

‘De La Salle, I went there, and it’s an all male school and anytime we had dances we had to invite the girls over for dancing or socializing, it’s very awkward for a lot of these boys. So if you took it any way other than that,’ he said.

‘The fact that they have Regina school, an all girls’ school, get together. They do this, and they have dances and they have social days. It was awkward for me when I went to college and I first met a woman, I didn’t even know how to act around a woman,’ he added, rambling on.

‘I was just saying I’m at work. And you wouldn’t have said it to any of my male colleagues or anyone who presented to be older than I am,’ Donahue replied.

Lucido reassured her that the comment wasn’t personal, and was simply how he talks to young women. 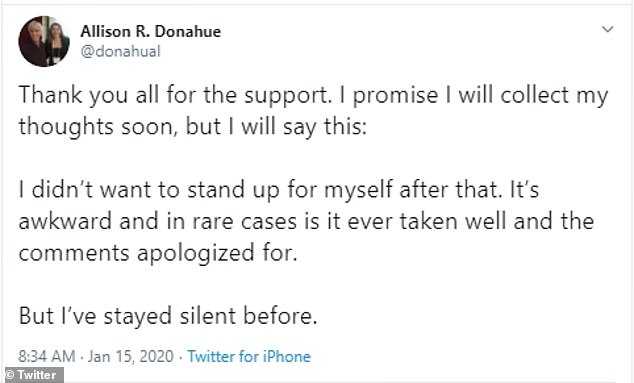 Donahue shared this tweet after the story was published saying: ‘I didn’t want to stand up for myself after that. It’s awkward and in rare cases is it ever taken well and the comments apologized for. But I’ve stayed silent before’

Following the article published Wednesday, Sen. Lucido tweeted an apology saying: ‘I apologize for the misunderstanding yesterday and for offending Allison Donahue’

‘I said it to an all girls’ school last week, “How would you like to have all the boys from the Senate come over?” It was nothing disingenuous. It was no harm,’ he insisted.

Donahue said his comments still offended her and she felt compelled to write the op-ed about her unsettling experience.

‘Maybe he truly means that he never intended to cause harm with his comments, but that doesn’t excuse how we normalize this behavior from men in power,’ she said.

‘But it mattered to me that I wrote this, because maybe Sen. Lucido, and likely many other men in power, will think twice about making comments like this anymore to the young girls who visit the Capitol on a field trip, or the female reporters who are there to get a quote for a story or their female colleagues who are there to do their job,’ she said.

Following the article published Wednesday, Sen. Lucido tweeted an apology saying: ‘I apologize for the misunderstanding yesterday and for offending Allison Donahue.’