A woman pull out a loaded gun on Monday afternoon in a Novi, Michigan, Walmart during a fight over school supplies.

Two women, aged 32 and 46, reached for a notebook in the Back to School section of Walmart.

A 20-year-old woman and her mother, 51, also tried to reach for the same piece of stationary, and prompted a violent brawl, according to police.

Neither duo would back down. Two women began pulling the younger woman’s hair, so her mother tried to intervene.

When the mother was shoved out of the way, she allegedly reacted by pulling out a loaded gun, telling the women to stop attacking her daughter.

A video taken by another customer shows two women who appear to be the 20-year-old and her mother emerging from the school supply aisle. In the background one of the another woman can be seen pointing at the two 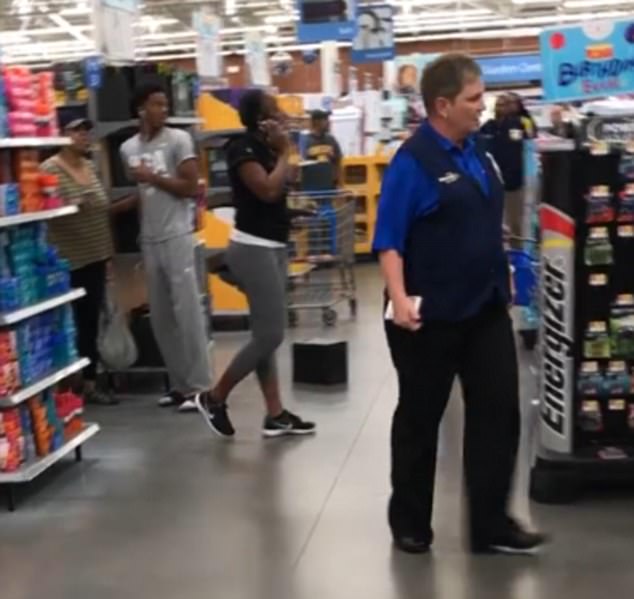 Another woman who appears to have been involved comes out of the aisle with her phone to her ear saying: ‘She just pulled a gun’

The fight quickly ended as customers were seen running away and police were called.

‘It was a senseless act of violence all the way around,’ Novi Police Detective Scott Baetens said.

A man took a video right after the fight was broken up.

The video shows each of the parties talking to Walmart employees about what happened.

A girl in a pink shirt, presumed to be the 20-year-old walks out of the school supply aisle in tears with her mother.

Behind her another woman comes out of the aisle with her phone to her ear saying: ‘She just pulled a gun.’

The man walks through the surrounding aisle’s trying to get more information on what happened as the store is evacuated.

He can be heard saying: ‘I’m just trying to buy some stuff.’ 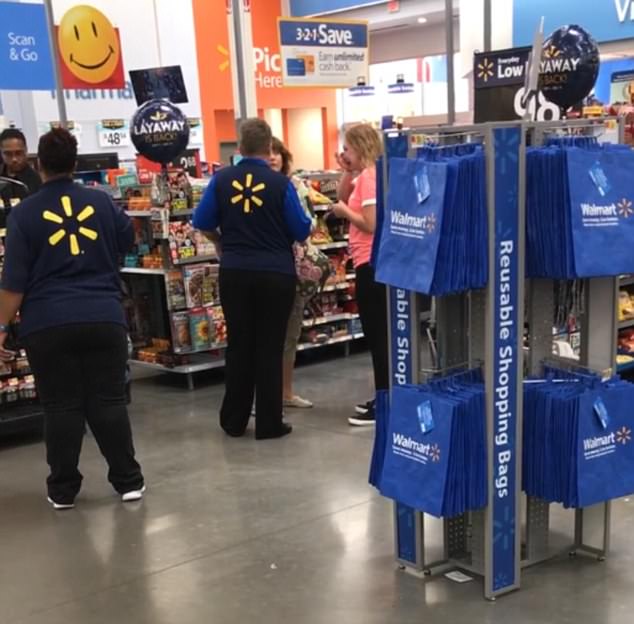 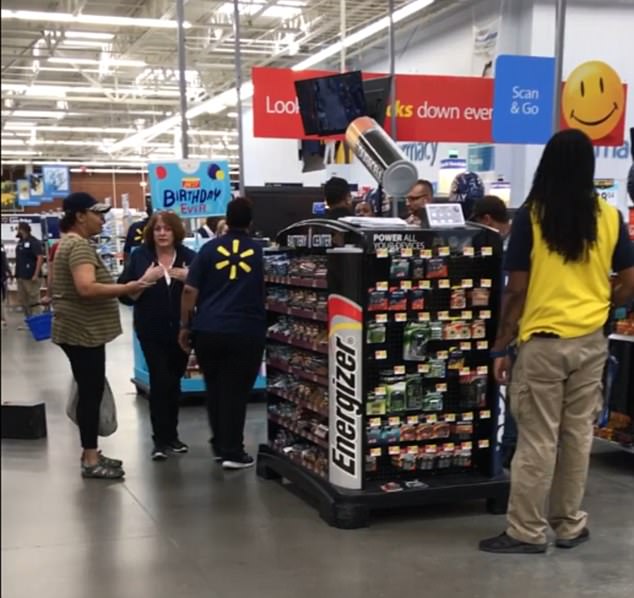 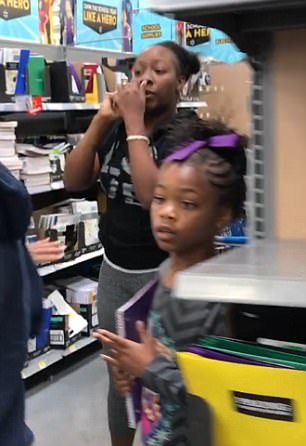 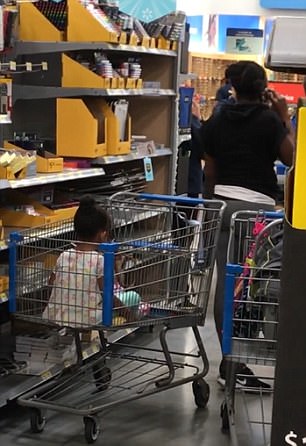 Novi Police need more witnesses to come forward and they are working to get surveillance video from the Walmart.

Prosecutors hope to determine who the aggressors were and if the woman pulled the gun in self defense. All four women are facing possible charges.

‘A simple assault could be just a local ordinance, a 90-day misdemeanor,’ Baetens says. ‘All the way up to felonious assault with a firearm, which is a felony.’

Police say the gun was loaded but no round was in the chamber. No one was hurt.

It is unclear who ultimately got the notebook.