‘Can I have my balls back please?’: Michy Batshuayi sees the funny side after Jorginho’s overly-friendly celebration of Ajax winner

Jorginho was a little overzealous in his celebration of Michy Batshuayi’s winning goal in Chelsea’s Champions League group stage triumph over Ajax.

Frank Lampard’s men absorbed plenty of pressure before Batshuayi scored the only goal in second-half stoppage time, and midfielder Jorginho was quick to embrace his team-mate.

With Blues players huddled over in one corner of the Johan Cruyff Arena, the Italian bizarrely decided to grab Batshuayi’s crotch. 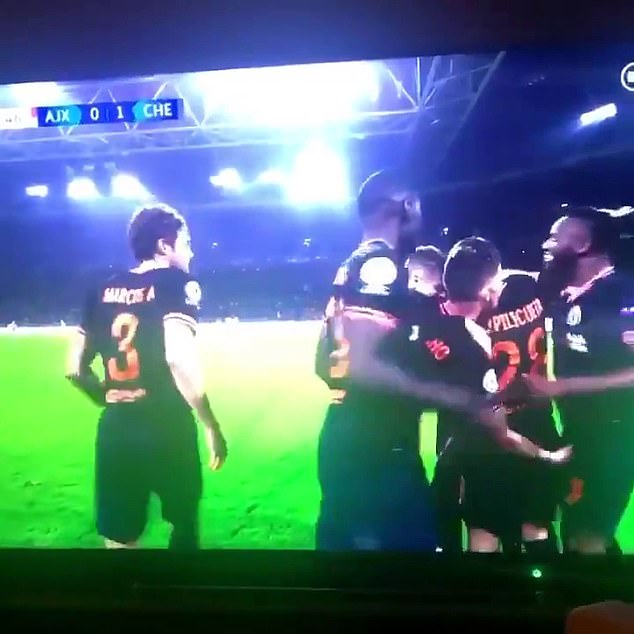 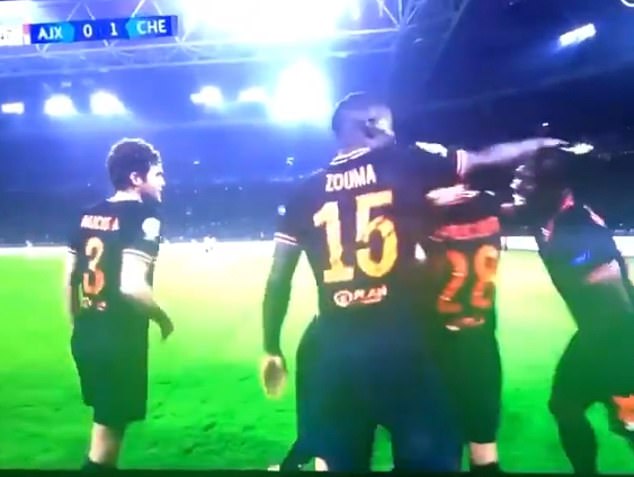 It looked a little more friendly than Vinnie Jones’ assault on Paul Gascoigne back in 1988, but Batshuayi was still quick to recoil in discomfort.

The striker was able to see the funny side and tweeted a video of the incident after he realised it had been caught on camera.

The 26-year-old, who scored his first goal of the season as Chelsea leapfrogged Ajax at the top of Group H, simply tweeted: ‘WHY ???!!!!!, 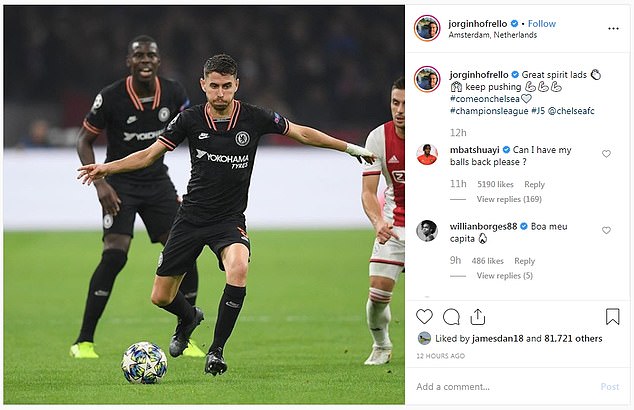 The banter continued on Instagram when Jorginho posted a picture of himself in action accompanied by the caption: Great spirit lads. Keep on pushing. #comeonchelsea #championsleague #J5′.

Batshuayi replied: ‘Can I have my balls back please?’

Chelsea return to Premier League action on Saturday when they take on Burnley at Turf Moor. Blues will also host Ajax in their next Champions League game on November 5th.