Just days from the beginning of his final competition as a professional surfer, Mick Fanning was seen scouting out something more extreme.

Seen with his arms folded and gaze concentrated, Fanning was pictured in the pit lane at the Australian Grand Prix on Sunday.

The three-time world champion surfer was at the Albert Park track in Melbourne as a guest in the exclusive Kennedy lounge, and had documented his glamorous entrance on social media.

Fanning, 36, filmed himself flying in a helicopter with other high-profile guests, all on their way to the car race. 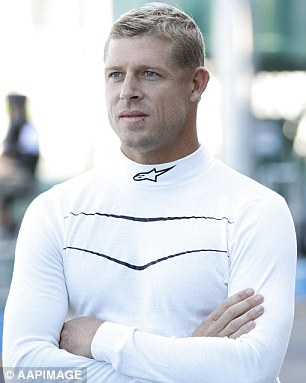 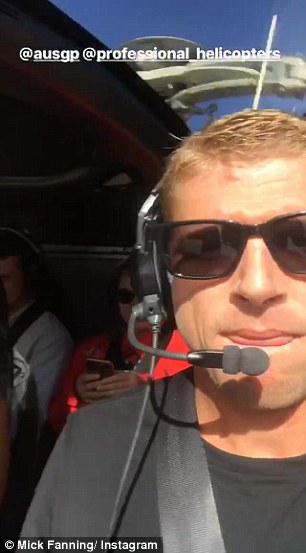 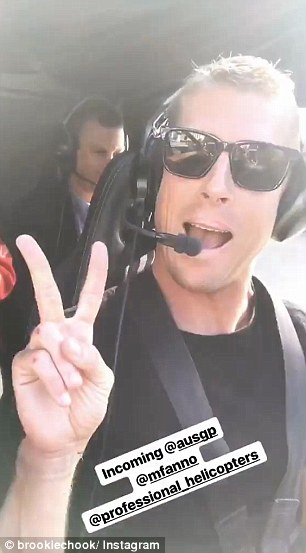 The 36-year-old arrived at Melbourne’s Albert Park in style on Sunday, landing nearby in a helicopter 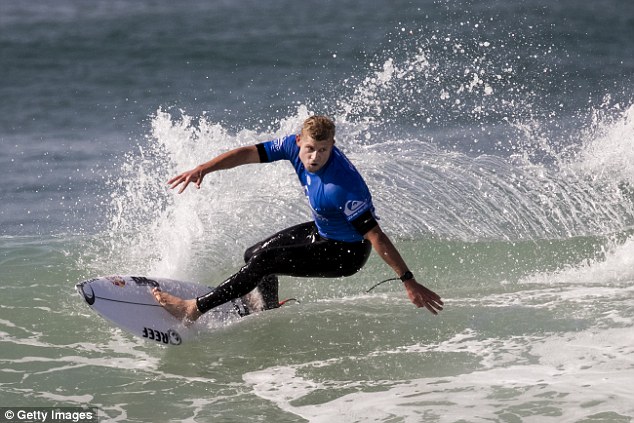 The three-time surfing world-champion will retire from competing after the Rip Curl Pro Bells Beach, which begins in three days 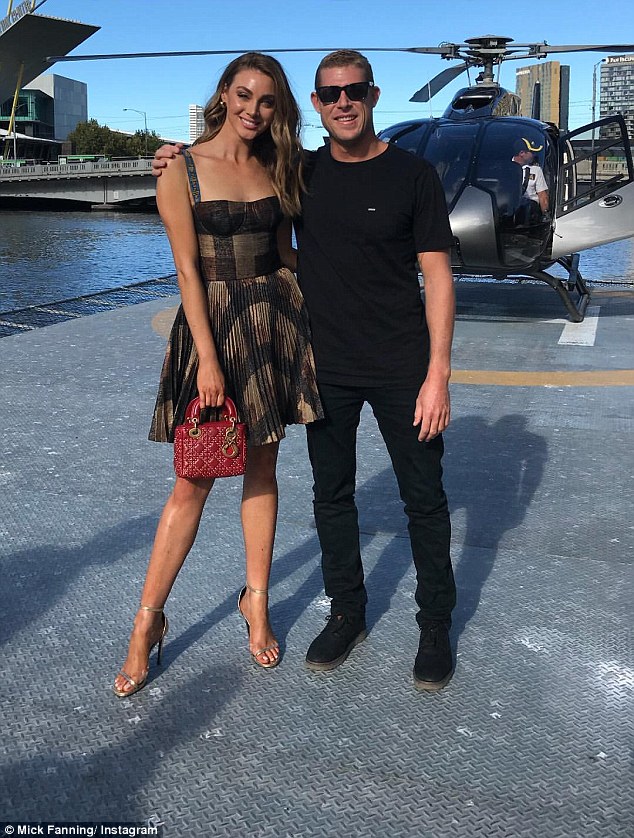 He was pictured with GP ambassador Brooke Meredith, Editor-in-Chief of health and lifestyle publication A Conscious Collection Magazine, in the helicopter and again later in the pit.

Ms Meredith shared a short clip of an F1 racing car taking off around the race track, captioned: ‘cya @mfanno’.

Fanning shocked fans in February when he announced he would be retiring after the Rip Curl Pro at Bells Beach, which starts on Wednesday.

Taking to social media to share a lengthy and emotional message, he explained he ‘can’t find the motivation and dedication required to compete for World Titles anymore’. 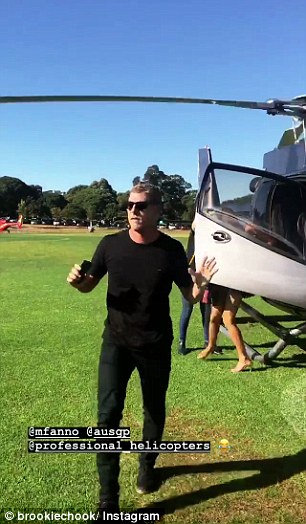 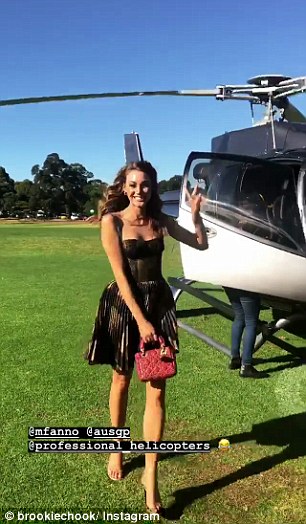 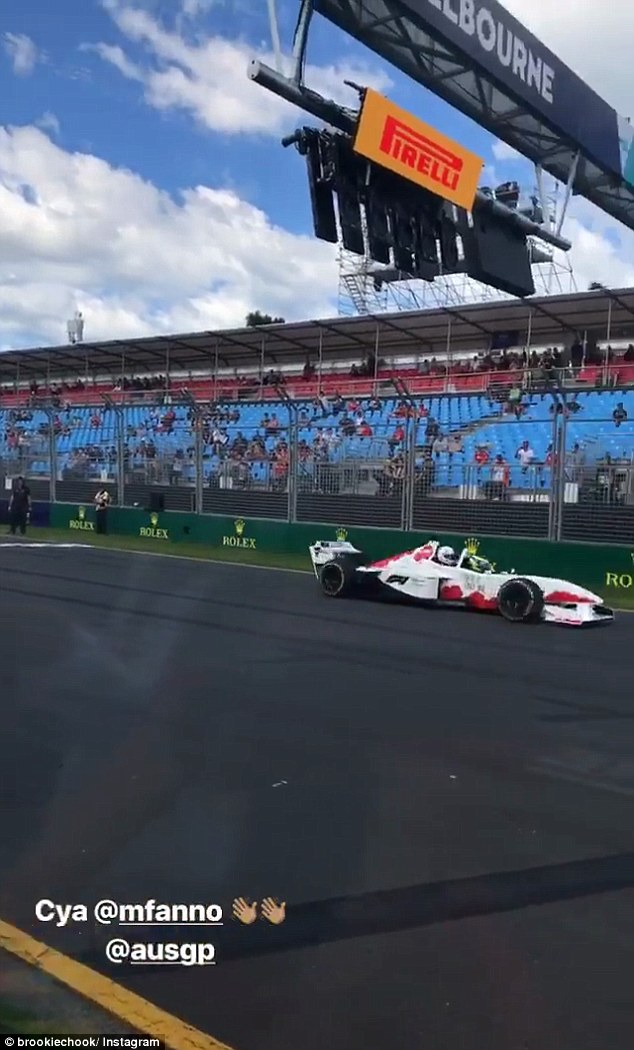 It appears Fanning was allowed a hot lap in an F1 car, as Ms Meredith tagged him in a post of a single car taking off from the pit alone

‘Bells Beach is where my Championship Tour career really kicked off, I’ve always loved the place and it seems a fitting stop to finish things up,’ he wrote.

‘It’s gonna be a big fun party and you’re all invited to come. Hope I see you there.’

The past three years have been tumultuous for Fanning, who lost his brother Peter in 2015 and has suffered through a marriage breakdown.

While yet to comment on what would be next for the champion surfer, the 36-year-old said he was excited to become surfing’s ‘biggest fan’. 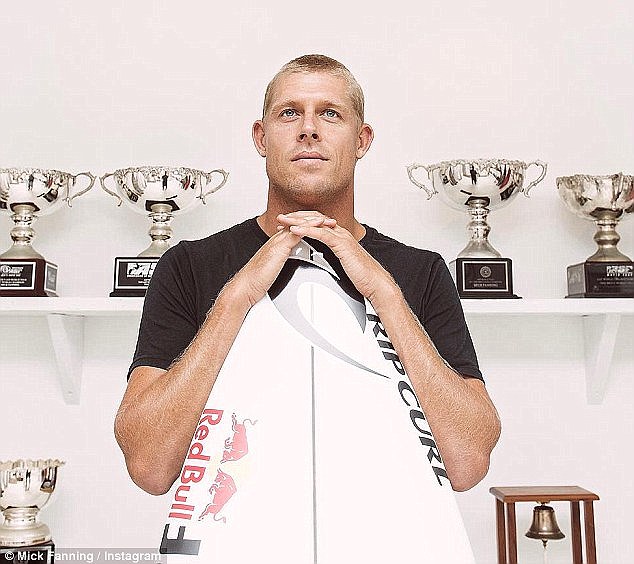