He caused a stir when he was pictured on a ‘romantic date’ with a woman 52 years his junior over the weekend, despite still being in a relationship with girlfriend Melanie Hamrick.

But Mick Jagger, 74, seemed unfazed by his recent headlines as put on a high-spirited display while catching a private flight out of Paris’ Le Bourget airport on Monday.

His outing marked the first time he has been spotted since he was seen wining and dining 22-year-old film producer Noor Alfallah.

Good night, Mick? Jagger, 74, seemed unfazed by his recent headlines as put on a high-spirited display while catching a private flight out of Paris’ Le Bourget airport on Monday

Mick was casually clad for the occasion, donning a purple jumper and chino trousers.

The rock legend appeared to want to go under the radar as he sat a baseball cap atop his signature long locks.

Despite his recent date with Noor, it has been confirmed to MailOnline by his spokesperson that he is still with Melanie, the mother of his eighth and youngest child, 10-month-old Deveraux.

Speaking of Mick’s relationship with the ballerina, a spokesperson stated: ‘They remain close. Mick, Melanie and Deveraux spent time together recently.’ 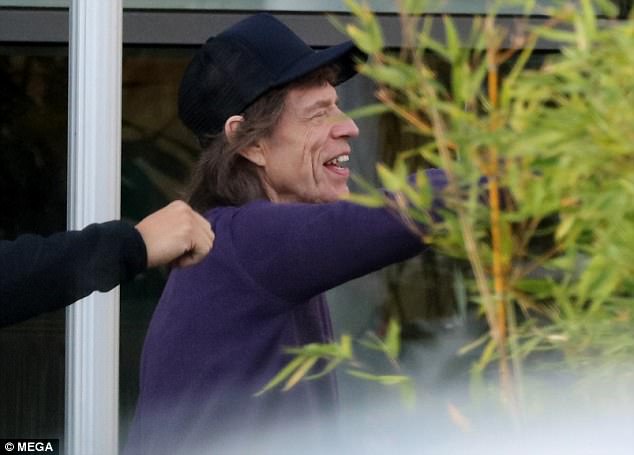 Been laying low? His outing marks the first time he has been spotted since he was pictured wining and dining 22-year-old film producer Noor Alfallah 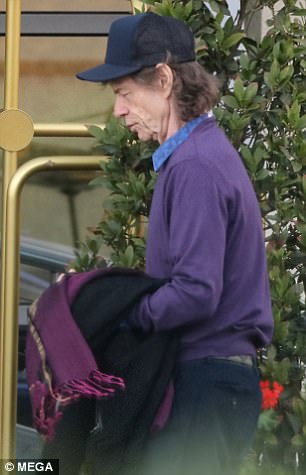 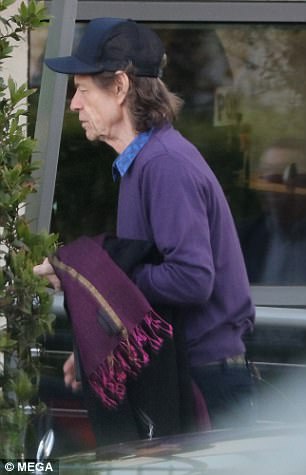 Low-key: Mick was casually clad for the occasion, donning a purple jumper and chino trousers

But Mick isn’t the only one who appears to be making light of his fleeting encounter with the beauty, as Noor looked to be in great spirits when she was pictured back in Los Angeles enjoying a stroll with her sister Remi in the sunshine.

Despite being rocketed into the spotlight, Noor looked relaxed about the extra attention, as she shot a big grin during a giggle with her sibling.

They both wore black and appeared to be keeping in shape in their figure-hugging leggings and vest combinations.

Noor was thrust into the spotlight this weekend, when it was claimed that she was the new woman in ladies’ man Mick’s life. 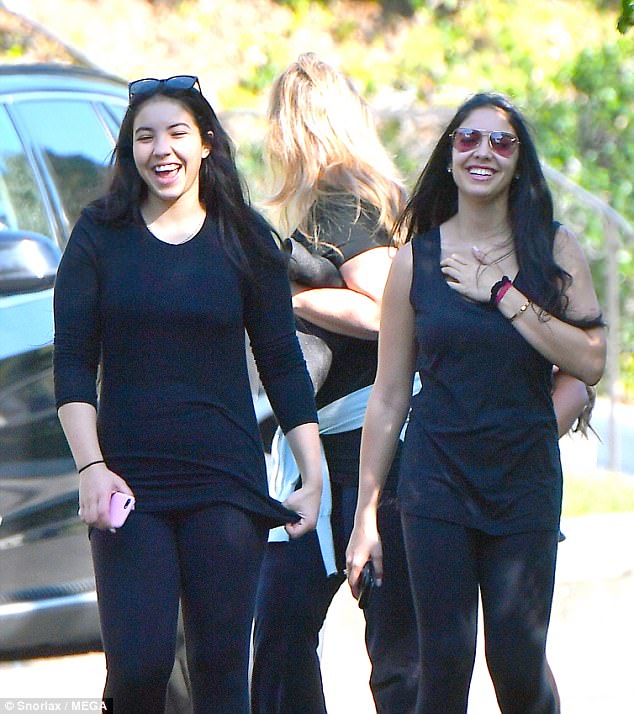 Giddy: After whirlwind weekend, Noor Alfallah, 22, seemed to be in high spirits as she enjoyed a walk with her sister in Los Angeles on Saturday 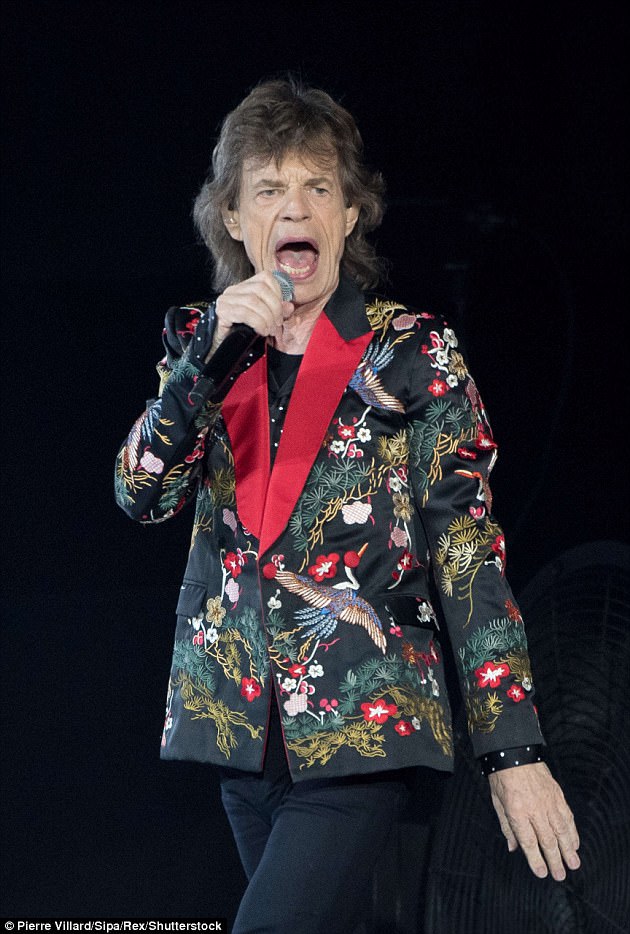 Going strong: Mick, 74, was spotted out with Noor earlier this week and it is claimed that have been enjoying a ‘string of romantic dates’ 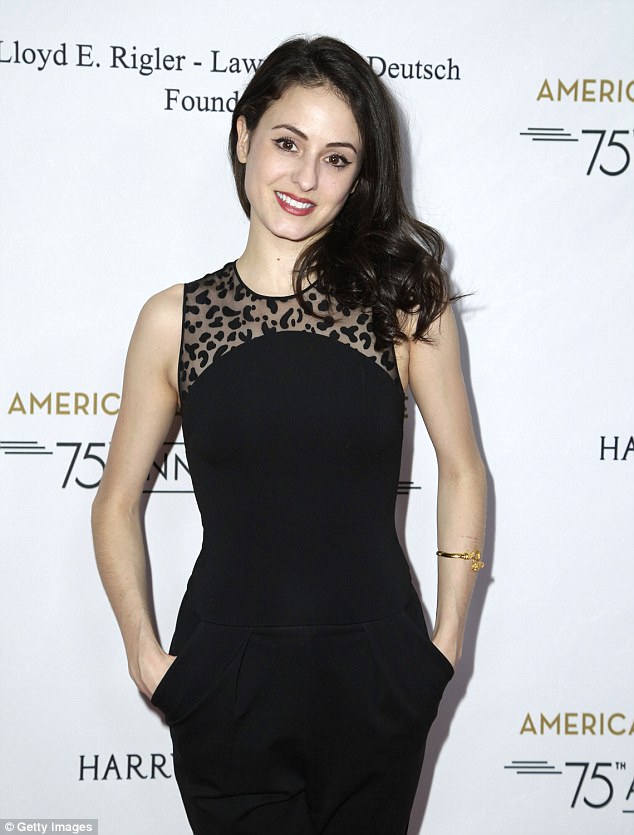 ‘They remain close’: However, it’s been confirmed to MailOnline by his spokesperson that he is still with Melanie Hamrick – the mother of his eighth and youngest child, 10-month-old Deveraux

Despite their age gap, something romantic has been sparked during a string of dates they shared in the French capital earlier this month, according to reports.

A source said: ‘Mick still has his ­legendary charm but even the band were surprised someone as young and beautiful as Noor came to Paris to see him.

‘They are both single and seemed to have a lot of fun together, so everyone just let them get on with it. Mick is showing absolutely no sign of slowing down. He certainly had a smile on his face and famous twinkle in his eye.’

They added: ‘Noor is very confident and well educated so she fitted in well at all the upmarket places they went together.’ 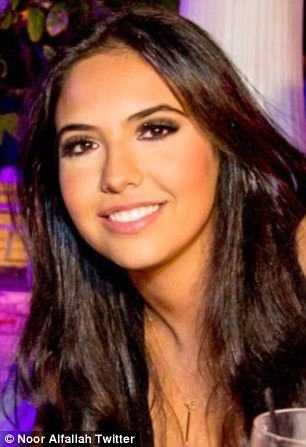 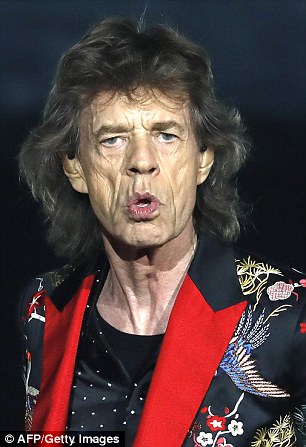 Age gap: Noor (left) is 52 years the rocker’s (right) junior, yet he is the one on tour with his band in Paris 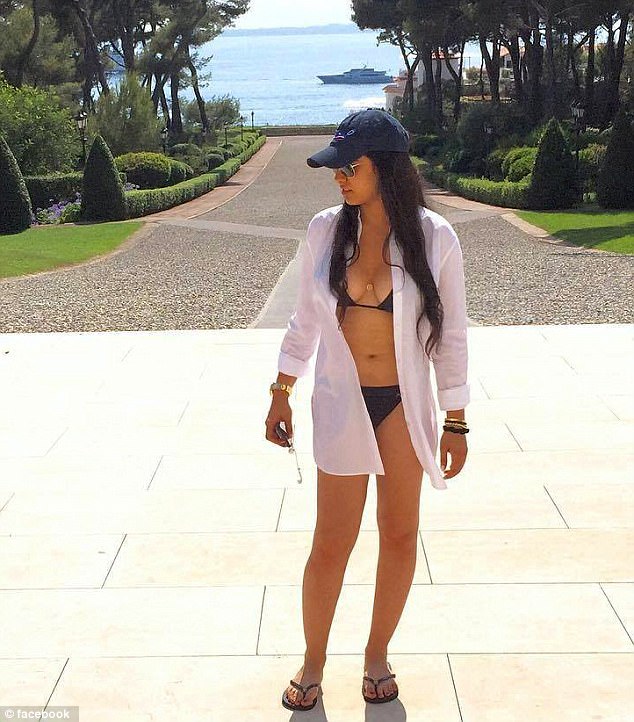 Leading lady: Noor has been enjoying a string of dates with Mick during his time in the French capital

The pair were married for six years and share a daughter, Jade Jagger, 46

Their nine-year marriage and 23-year relationship ended when it emerged that Brazilian model Luciana Gimenez was ­pregnant with his child (Lucas, now 18).

The couple were together until the American fashion designer was tragically found dead in her Manhattan apartment in March 2014.

Mick is said to have first hooked up with the socialite in a private flat in the suburbs of Paris two weeks ago, with a chauffeur taking the brunette beauty back to her hotel the following day.

They enjoyed similar evenings a few days later, as well as three more dates, including dinner at the Caviar Kaspia with the Stones’ backing crew and a private meal at La Stresa, last week.

Noor was also in attendance when the band played the city’s U Arena. And the day after the gig, the Satisfaction rocker was seen arriving at his new squeeze’s hotel.

The American comes from the exclusive Beverly Hills area of Los Angeles, and studied at the UCLA School of Theatre, Film and Television.

The pair are believed to have met through a mutual friend, producer Brett Ratner.

The dancer, who gave birth to the Rolling Stones frontman’s eighth child Deveraux in 2016, began dating the rocker after the death of fashion designer love L’Wren Scott in 2014, his partner of 13 years.

He also has 18-year-old Lucas following his fling with Brazilian presenter Luciana Gimenez, 47. 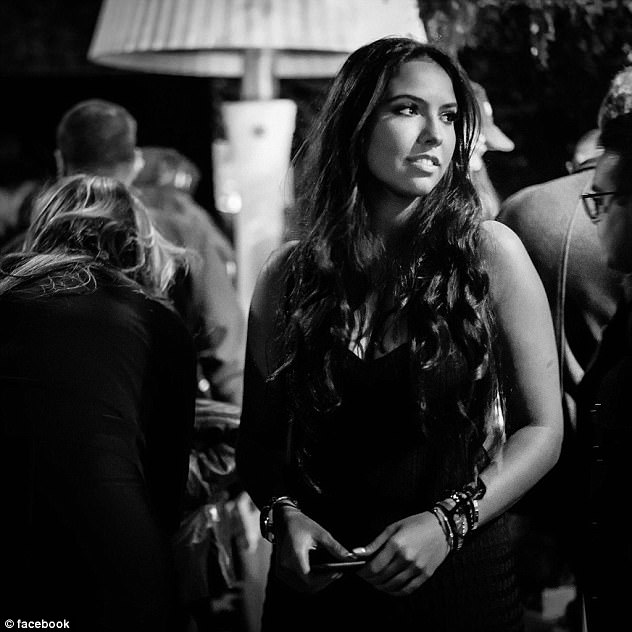 New romance? Mick is said to have first hooked up with the socialite in a private flat in the suburbs of Paris two weeks ago. She later attended his gig at the city’s U Arena 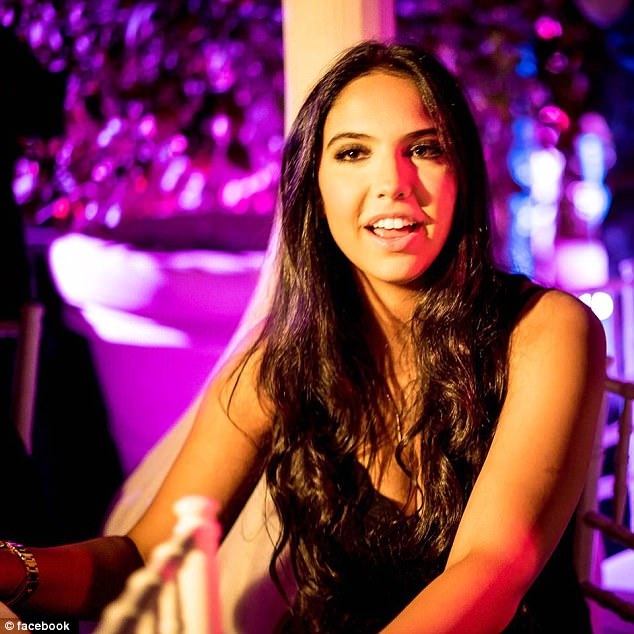 Studious: She studied at the UCLA School of Theatre, Film and Television, and was allegedly introduced to Mick by their mutual friend Brett Ratner