Another of the federal government’s Covid quarantine hubs has closed, leaving taxpayers hundreds of millions out of pocket.

It was announced on Tuesday that the quarantine facility 40km north of Melbourne at Mickleham and known as the Centre for National Resilience, will close next week.

The $580million centre housed just 2,168 people since it opened in February, meaning it came at a cost of more than $267,000 per person who entered quarantine.

It follows the termination of another federally-funded hub at Pinkenba in Brisbane and one costing $400million at Bullsbrook, WA, that is yet to open.

Victoria’s quarantine centre, the Centre for National Resilience at Mickleham, will close next week (pictured, an employee walking through the Mickleham centre) 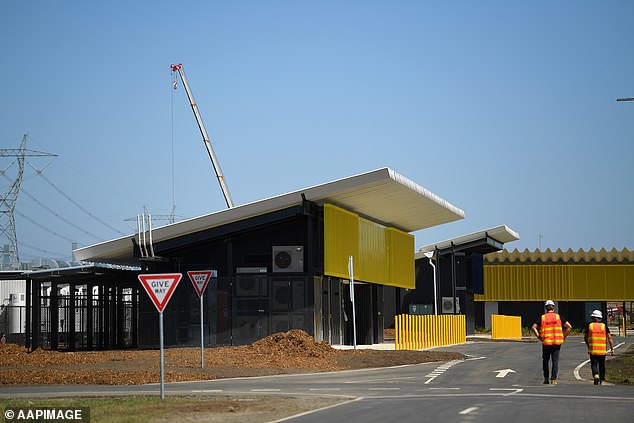 The Victorian quarantine facility was funded by the federal government and was open for just eight months at a cost of $580million (pictured, the front of the Mickleham centre)

A small number of staff will work to properly shut down the facility until it is handed back to the federal government.

Breakfast radio host on Sydney’s 2GB Ben Fordham slammed the closure as a ‘waste of money’.

‘I’ll tell you what, we’ve blown some money during Covid but this is truly next level,’ he wrote on Facebook.

‘Why on earth would we open coronavirus hubs two years into a pandemic?

The closure has sparked widespread outrage online with several people wondering why the facility can’t be used as social housing or crisis accommodation instead of sitting empty. 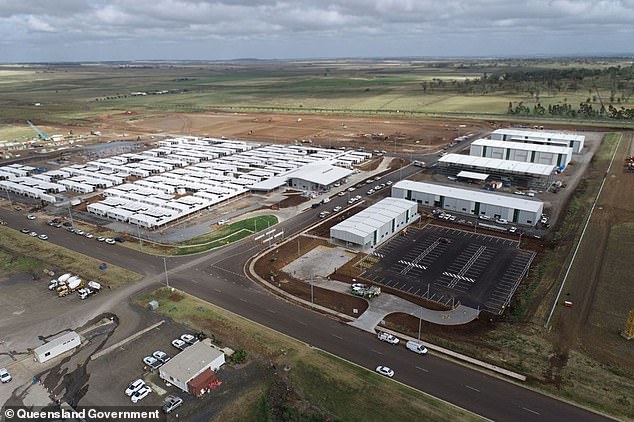 ‘So, instead of just closing it down, why not make accommodating housing for the homeless people that are on the streets because they can’t afford to pay f***ing rent at the moment because the interest rates are so high,’ she said.

It comes just a few months after the Queensland Government announced it would mothball two multi-million-dollar quarantine centres.

In July it was announced the Queensland Government didn’t want construction to commence on the Federal government’s planned $400million Pinkenba Centre for National Resilience because it was ‘no longer required’.

The hundreds of millions spent on the half-constructed facility was funded by Australian taxpayers.

The Melbourne centre has been the only federally funded hub to actually open, meaning taxpayers nationwide have spent a total $1.3billion to quarantine just 2,168 people. 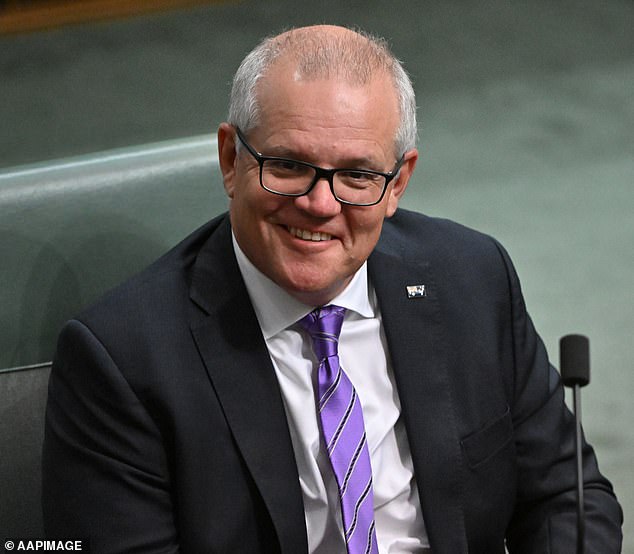 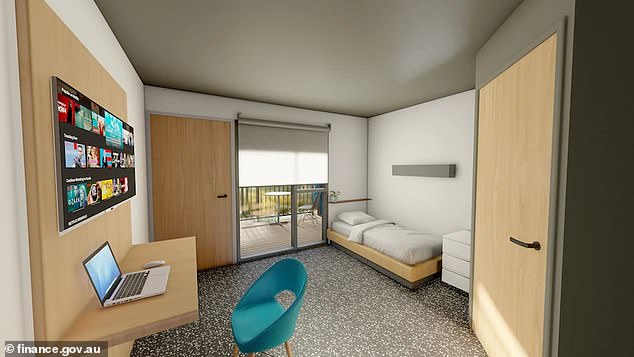 The federally funded quarantine facility at Bullsbrook, Western Australia has not opened yet with construction only finishing in August, 2022 (pictured, a model room inside the WA quarantine centre)

The Queensland state government announced the closure in July of its $200million facility at Wellcamp near Toowoomba, funded by Queensland taxpayers, after it was open for just five months.

Victorian Police Minister Anthony Carbines defended the construction of the soon to be closed Melbourne quarantine centre, saying it could be used for emergency situations in the future.

‘The Victorian Quarantine Hub has served its purpose in keeping Victorians safe from Covid-19. Its closure is another step in our recovery from the pandemic,’ he said.

‘Australia needed these facilities before the pandemic first hit but this important facility now exists as an insurance policy in the event of a future pandemic, or to provide accommodation in emergencies like natural disasters.’

Many Aussies criticised the move, noting the pandemic was already largely over and quarantine rules would likely change by the time the centres opened.

Wellcamp was a Queensland state government-funded venture as the state wanted to ‘go it alone’ despite plans already announced by the federal government for a separate quarantine facility to be built.

The facility was open for five months and quarantined 730 people, costing about $325,000 per person in quarantine.

The Centre for National Resilience Brisbane

The CNR Brisbane, located at the Damascus Barracks in Pinkenba, never opened as construction was terminated in July, 2022.

The centre received an estimated $400million worth of funding from taxpayers nationwide.

Before construction began on the facility it was found to pose a ‘medium risk’ to future patients’ health due to waste left behind from former military operations and asbestos.

The Centre for National Resilience Melbourne

The centre was open for just over seven months and housed 2,168 people, costing about $267,000 per person in quarantine.

The centre closed its doors in June after quarantining more than 64,000 people over two years.

The facility previously existed as a workers’ camp so construction costs were minimal. However, the Commonwealth has committed $5million to keep the facility ready for an emergency over the next year.

Howard Springs’s quarantine facility was used as the model for the Centres of National Resilience and was recognised as the safest and most functional quarantine centre in Australia.

The Centre for National Resilience Perth

The CNR in Perth, located on Defence-owned land at Bullsbrook, only finished construction in August, 2022.

It is yet to open and cost Australian taxpayers $400million.

The state government has since announced it will pay a contractor $13million to maintain the facility for a year.

All other states utilised either hotel quarantine or created temporary centres from pre-existing structures.