Microwaves emit as much CO2 as seven million cars

Ditching ready meals won’t just be good for your health, it could also help the environment.

A new study has found microwaves in Europe are as toxic to the environment as nearly seven million cars.

In the EU every year, microwaves account for almost eight million tonnes of CO2 pumped into the atmosphere.

British people are the worst offenders, with the UK consuming more than half of all microwaved ready meals eaten in the EU – equating to nearly £9 million ($12.4 million) a day.

Ditching ready meals won’t just be good for your health, it could also help the environment. A new study has found microwaves in Europe are as toxic to the environment as nearly seven million cars

University of Manchester researchers have found that an a yearly basis, microwaves in Europe produce more carbon dioxide than nearly 7 million cars.

The life-cycle assessment (LCA) looked at the impact that microwaves had on the environment from ‘cradle to grave’.

Microwaves across the EU account for as much CO2 as three large gas power plants.

An individual microwave uses 573 kilowatt hour (kWh) of electricity over an eight year lifespan – the equivalent of a seven watt LED light bulb being left on for nine years straight.

University of Manchester researchers conducted the first ever comprehensive study of the environmental impacts of microwaves, considering their whole life cycle – from ‘cradle to grave’.

They found that microwaves emit 7.7 million tonnes of carbon dioxide, which is equivalent to the same as the annual emissions of 6.8 million cars.

The findings also show that, every year, microwaves across the EU consume an estimated 9.4 terawatts per hour (TWh) of electricity.

That is the same as the annual power generated by three large gas power plants.

The researchers say that efforts to reduce consumption should focus on improving awareness so customers can use their microwaves more efficiently.

The amount of microwaves in the Europe Union is predicted to reach 135 million by 2020.

Lead author Dr Alejandro Gallego-Schmid, from the School of Chemical Engineering and Analytical Science said: ‘Consumers now tend to buy new appliances before the existing ones reach the end of their useful life as electronic goods have become fashionable and ‘status’ items.

‘As a result, discarded electrical equipment, such as microwaves, is one of the fastest growing waste streams worldwide.’

He said another major contributing factor to the waste is a reduced lifespan of microwaves compared to 20 years ago.

Research shows that a microwave in the late 90s would last between ten and 15 years.

Now, a microwave oven lasts on average between six and eight years.

Among the members of the EU, Britain uses its microwave ovens more often than anyone else.

More ready-meals are consumed on the British Isles than in any other European country.

On average, people in the UK consume at least one ready meal a week – twice as often as the French and six times the number consumed by the Spanish.

While the scale of the usage of microwaves has been understood for a while, it exact impact on the environment was not known until now.

The study used life cycle assessment (LCA) to estimate the impacts of microwaves, taking into account their manufacture, use and end-of-life waste management.

The research shows that the main environmental ‘hotspots’ for carbon dioxide production are the materials used to manufacture the microwaves, the manufacturing process and end-of-life waste management.

For example, the manufacturing process alone contributes more than 20 per cent to depletion of natural resources and to climate change. 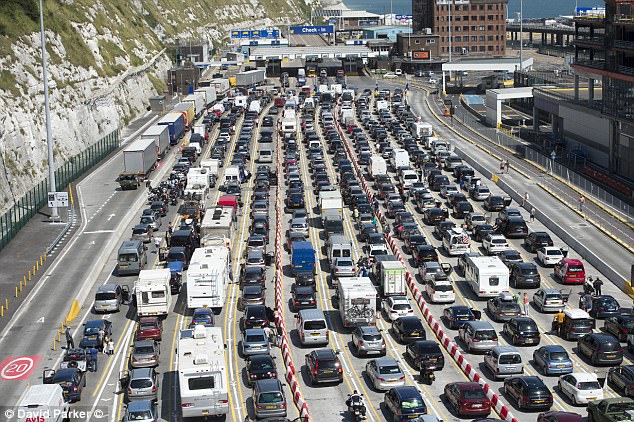 Researchers from the University of Manchester found that microwaves emit 7.7 million tonnes of carbon dioxide, which is equivalent to the same as the annual emissions of 6.8 million cars

The study found that consumption of electricity by microwaves has the biggest impact on the environment.

The scientists found that, on average, an individual microwave uses 573 kilowatt hour (kWh) of electricity over its lifetime of eight years – the equivalent to the electricity consumed by a seven watt LED light bulb, left on continuously for almost nine years.

Ready meals were first invented in 1953.

Since then, their popularity has steadily increased and now Brits spend £3 billion ($4.1 billion) a year on them.

They contain cheap cuts of meat, as much sugar as a can of coke, additives made from human hair and toxic trays.

A recent study found that ready meals have increased in portion size by 20 per cent in the past two decades.

Researchers say that is despite the fact that microwaves spend more than 90 per cent of their lifetime not being used.

The researchers said that waste is another major problem.

Microwaves are getting cheaper to make and cheaper to buy which means people are more away than ever before.

In 2005, across the EU, 184,000 tonnes of electrical and electronic (EE) waste was generated from discarded microwaves.

Dr Gallego-Schmid added: ‘Given that microwaves account for the largest percentage of sales of all type of ovens in the EU, it is increasingly important to start addressing their impact on resource use and end-of-life waste.’

The study also suggests that existing regulations will not be sufficient to reduce the environmental impacts of microwaves.

It recommends that it will be necessary to develop specific regulations for microwaves, targeting their design.

The researchers say that will help to reduce the amount of resources used to make microwaves and waste generated at the end of their lifetime.