Middlesbrough 2-2 Sheffield United: Chuba Akpom rescues Chris Wilder’s men with two equalisers to earn a point against the Blades after Sander Berge and Ryan Giles had twice put them in front at the Riverside

Chuba Akpom spared the blushes of team-mate Ryan Giles as his brace earned Middlesbrough a 2-2 draw with Sheffield United at the Riverside.

The Blades looked to be heading for all three points when Giles rifled the ball into his own net midway through the second half, but, having already struck in the first half with a close-range finish, Akpom scored again with eight minutes remaining as he directed a header past goalkeeper Wes Foderingham.

Sheffield United thrashed Boro at Bramall Lane towards the end of last season and could not have wished for a better start on Sunday. 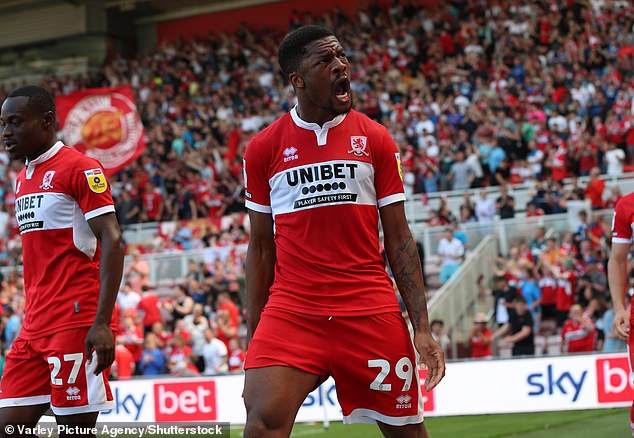 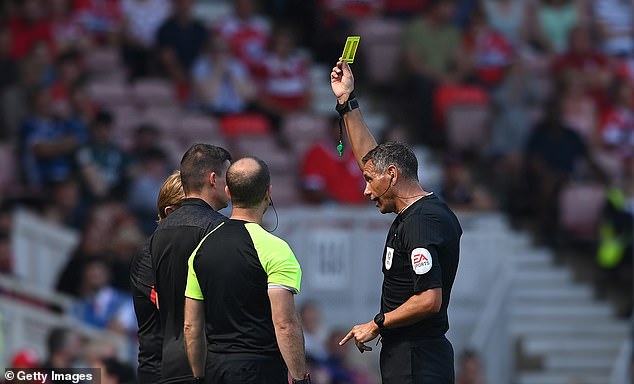 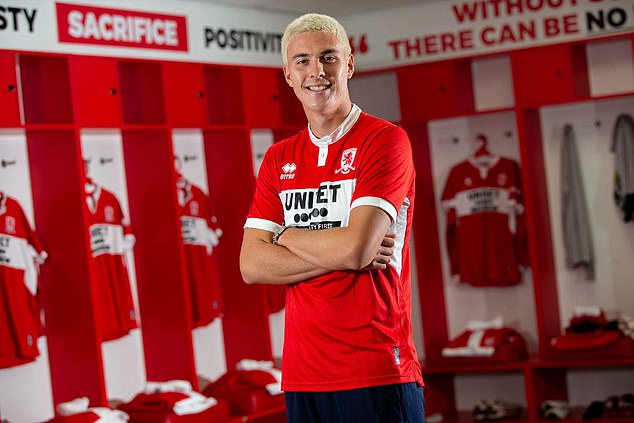 Just three minutes had gone when the visitors opened the scoring, with Sander Berge turning away from Riley McGree before drilling a low finish across keeper Zack Steffen and into the bottom corner.

Having conceded so early, it took Boro a few minutes to regroup, but, to their credit, the hosts hit back just 11 minutes later.

Whereas Berge’s goal was a fine solo effort, the equaliser came from a wonderful team move, with Anfernee Dijksteel and Paddy McNair both involved to send Isaiah Jones scampering towards the by-line.

The wing-back delivered a low ball across the box and the recalled Akpom was left with the simple task of slotting home.

Akpom went close again midway through the first half, controlling McNair’s pass on his chest before swivelling and firing over, and Marcus Forss also threatened before the break with a strike that was saved by Foderingham.

John Egan had the ball in the net before the break at the other end, but his headed effort from Oliver Norwood’s free-kick was ruled out for offside.

Blades boss Paul Heckingbottom introduced Rhian Brewster at the break and the substitute almost had an immediate impact as he rounded Steffen, only for a backtracking Marc Bola to hack clear.

The visitors were the dominant force in the early stages of the second period and the Boro goalkeeper was called into action again just before the hour mark to claw away a goal-bound header from Brewster.

There was nothing Steffen could do when Sheffield United reclaimed the lead in the 68th minute, though, with Boro the architects of their own downfall.

Giles had no one around him as Iliman Ndiaye delivered a low cross, but, in attempting to clear, the wing-back only succeeded in slicing the ball horribly into his own net.

Giles was involved again as Boro equalised for a second time with eight minutes left. He crossed and, after Darragh Lenihan directed a header towards goal, Akpom glanced home.

Boro almost claimed a winner in the dying seconds, but, after Giles fired in a low cross, Duncan Watmore stabbed a first-time effort against the base of a post.