Behind the Covid curtain: Middlesbrough fans gather in lounges at the Riverside Stadium to watch Nottingham Forest game on TV with view of the pitch blocked

Football behind closed curtains. Even amid the madness of 2020 this is barking.

‘You just want to pull open the door and actually see your team on the pitch again,’ says Middlesbrough supporter Chris Hunter.

The 52-year-old is in a corporate box inside the Riverside Stadium. Less than 100 yards away — beyond the blacked-out windows — Boro are beating Nottingham Forest 1-0 with seconds remaining.

How Neil Warnock’s side could do with some hearty encouragement rolling down from the stands. Instead, Chris and others roar at a television screen. Boro hold on. They are fifth in the Championship.

‘It’s been a brilliant day,’ he says. ‘And credit to the club for putting this on. But it’s not the same. I parked a few yards from the entrance. You might think that’s great but I miss the two-mile walk to the ground, being part of a crowd, seeing the stadium come into view. I miss sitting in the cold stand, shouting and screaming, feeling like you’re making a difference.’

For now, though, this is — or was — as good as it gets. Warnock had not long finished speaking to fans in the hospitality lounges after full-time when Boris Johnson announced a second lockdown, blowing the whistle on days out such as this.

Sportsmail was kindly invited by the club to experience the absurdity of it all on Saturday, the Government’s refusal to allow supporters into stadiums meaning they can gather in the lounges and watch on TV as long as the pitch is blocked from view. 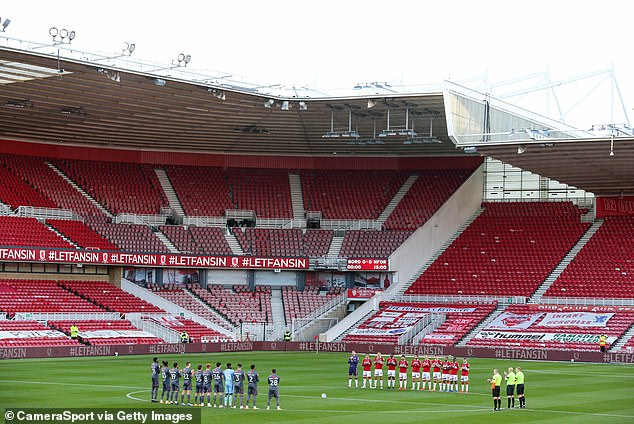 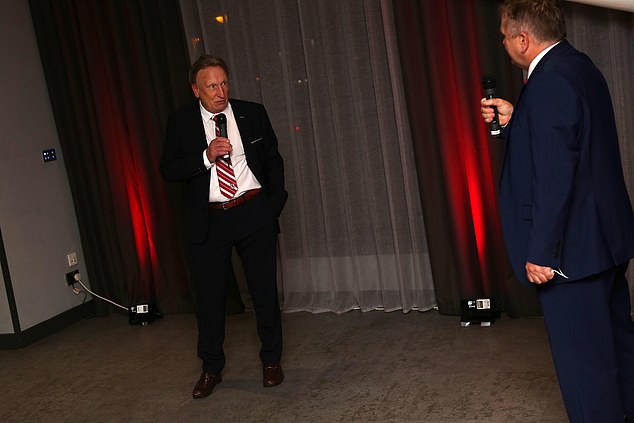 But when you arrive at the ground in lashing rain, the prospect of a three-course meal, a couple of pints and table service at your comfy seat in front of the big screen is, admittedly, an enticing one. And, if this was a beam-back from an away match, it would certainly be a fine way to spend a Saturday afternoon.

‘It’s frustrating,’ says Lee Fryett, the club’s head of commercial. ‘It’s great to have this option, but we want fans back in the ground. We proved during the test event against Bournemouth in September that we can do it safely. So this is second best but the interest has been incredible. We could have sold out six times over. You can’t underestimate how much coming to the stadium means to people, it’s religious.’

In one suite there is a marriage proposal and Warnock arrives after the game to offer his congratulations, before parting with a quip: ‘I hope you lot have all paid.’

Because, while the shutout remains, this is a vital revenue stream. But it is also about more than that — it is about retaining a connection with supporters. Former Boro stars John Hendrie and Jim Platt work the rooms throughout the afternoon. Goalkeeper Platt was a team-mate here of the late Nobby Stiles — for whom there is a minute’s applause — and he tells one story about the entire team on their hands and knees in the dressing room looking for the midfielder’s contact lens before kick-off.

When this game gets underway the lounge is muted. The volume soon rises the more the beer goes down. Warnock turns to substitute Marvin Johnson with 14 minutes remaining. It is still goalless. 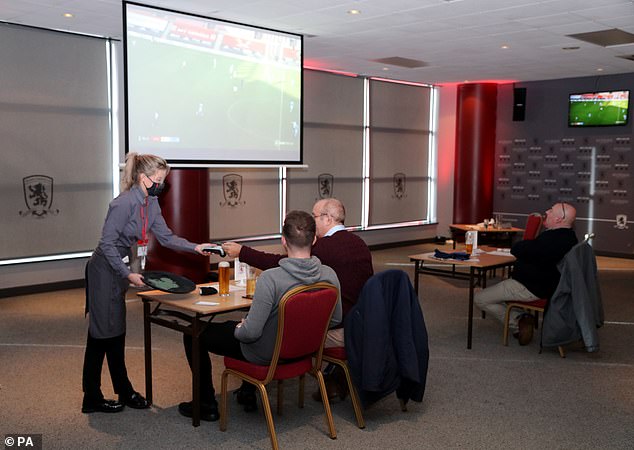 ‘Ah man, not Johnson,’ hollers one fan. Within four minutes he has scored what proves to be the winning goal. ‘Always said he was a good player,’ offers the same dissenting voice.

But the entire lounge are on their feet. It feels like a rare moment of togetherness in this socially-distanced world.

Two brothers at the front have just about turned their table into a Ten Green Bottles tribute and the empties are nearly toppled in celebration. It is a comforting sight.

The full-time whistle is met with another boom of approval. And another round of drinks. Sadly, Boris would soon call last orders. Until when, who knows?