Mikaela Testa lashes out at Woolworths shoppers after they stared at her ‘in disgust’, Gold Coast

A young influencer has hit back after Woolworths shoppers stared at her skimpy outfit in ‘disgust’ when she visited a supermarket – and she says it happens all the time.

Mikaela Testa was buying groceries with her boyfriend Atis at a store on the Gold Coast before Queensland went into lockdown on Thursday.

The 21-year-old left the house that morning feeling confident in her denim mini skirt, cropped pink cardigan and matching handbag, but her mood quickly changed when she saw ‘old grandmas’ glowering at her.

While no one spoke to Ms Testa as she walked through Woolworths on Thursday, she told Daily Mail Australia that older women often make negative comments about her clothes to ‘humiliate’ her in front of friends and loved ones. 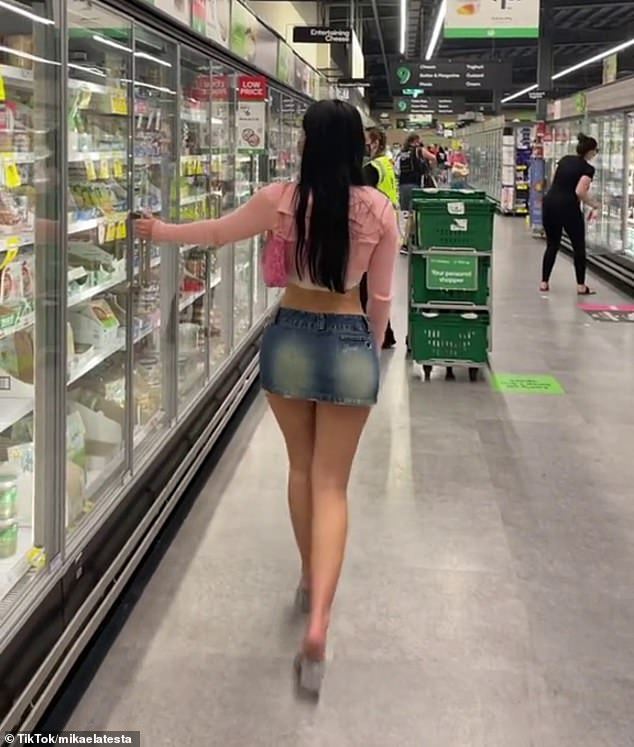 ‘Honestly it makes me feel really enraged and have huge anxiety with going anywhere in public because every time I do I’m constantly stared at and judged by older women,’ she said.

‘On the odd day one of them might say something to me or to a friend of theirs about me but I can still hear what they are saying.’

Ms Testa said an elderly woman who saw her at some outdoor markets in May said loudly, ‘That woman is dressed like a stripper at the markets on a Sunday – that’s disgusting, where’s your self respect, young lady?’

The influencer, who makes her living uploading raunchy videos to OnlyFans, said the woman looked at her husband and said, ‘Can you believe that?’ before they both laughed and walked off.

Ms Testa was again wearing a denim mini skirt, a sheer white top with spaghetti straps, and a black handbag. 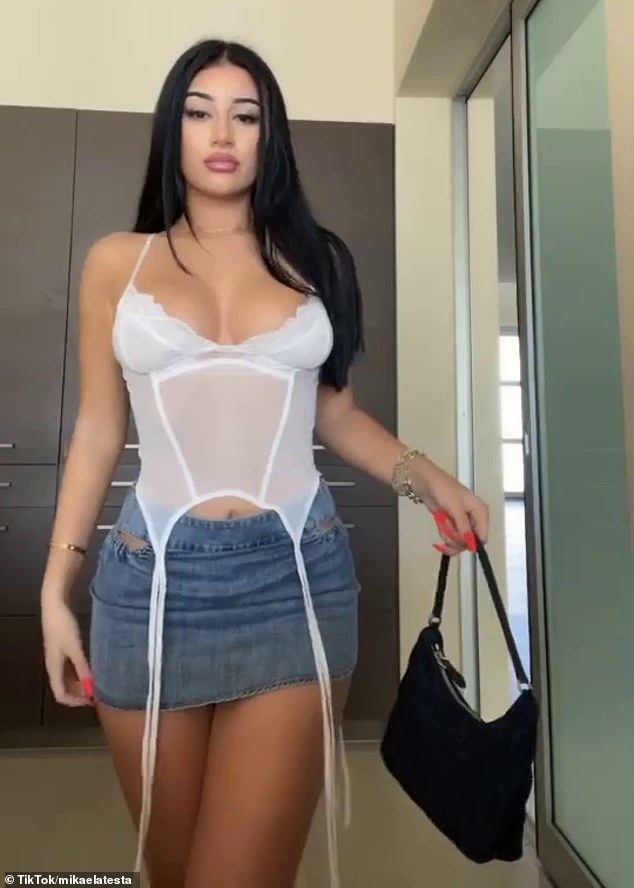 Pictured: Ms Testa before she went to outdoor markets and copped abuse from an older woman 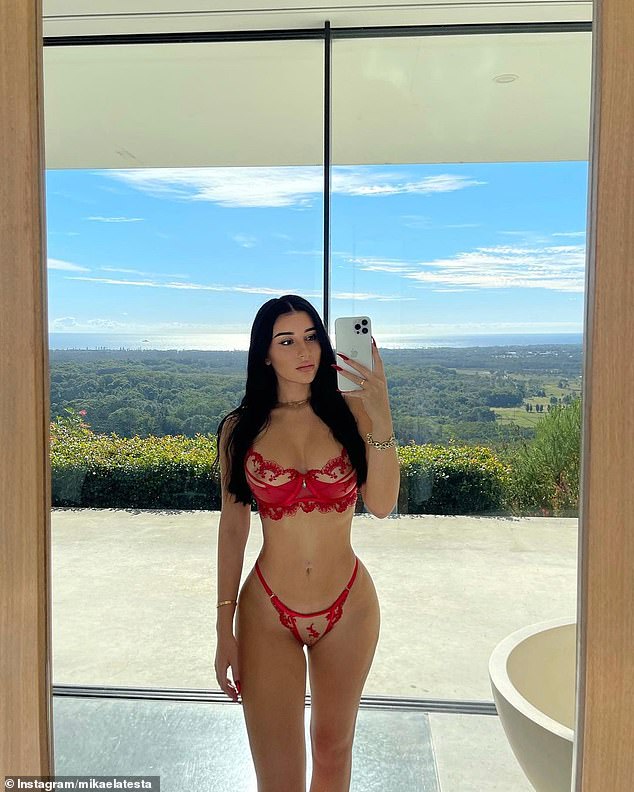 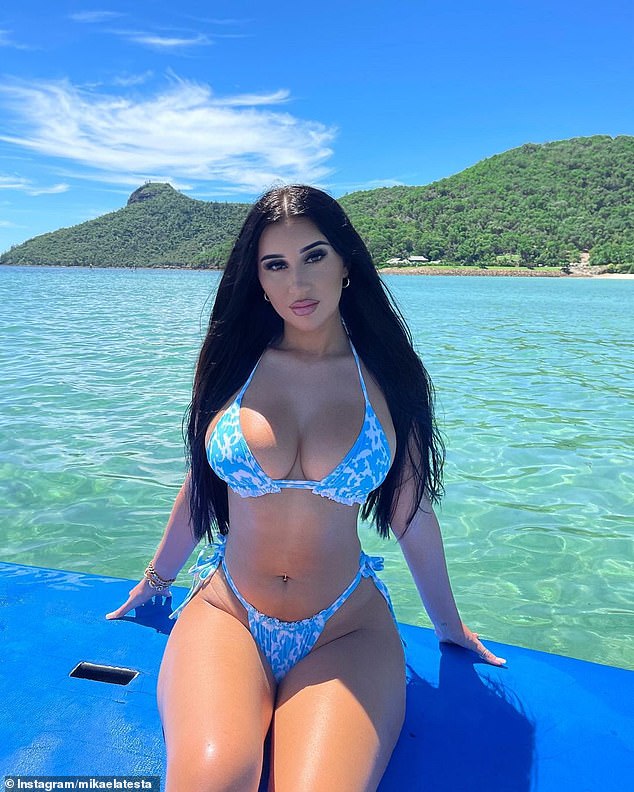 Unable to contain her rage, Ms Testa said she yelled back: ‘This is 2021, who do you think you are to abuse a young woman like that? This is a trending outfit.’

She also claimed the woman’s husband had been ‘checking me out’ moments before the altercation.

While most people don’t confront her, Ms Testa says she cops negative stares on a daily basis.

‘I think it happens almost every single time I go to a shopping centre or restaurant wearing any trending outfit that I believe most young women wear,’ she said.

Asked why her clothes attract commentary, Ms Testa said puts it down to insecurity.

‘It’s usually when they are side by side with their husband or partner because at the end of the day any woman that drags another woman down for their looks or anything of that nature is just plain jealousy.’ 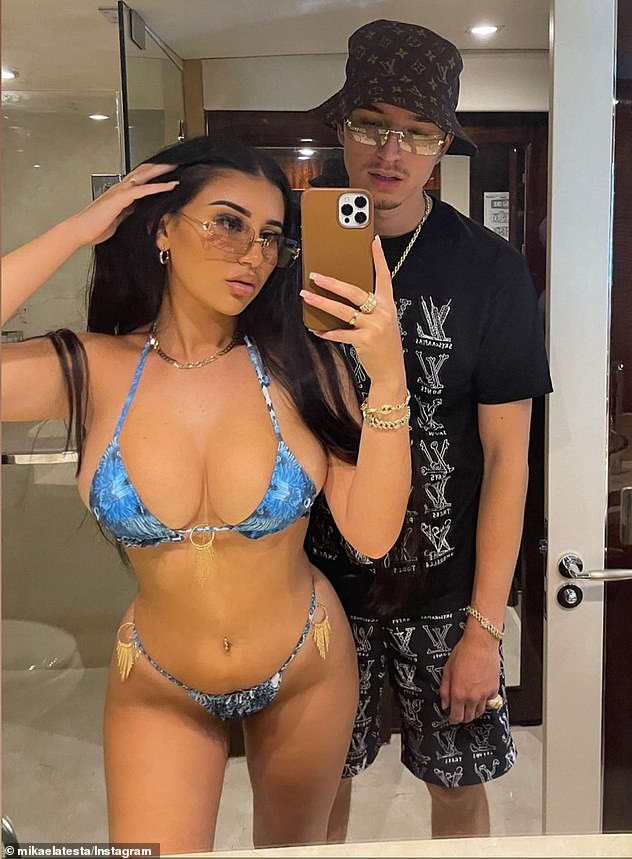 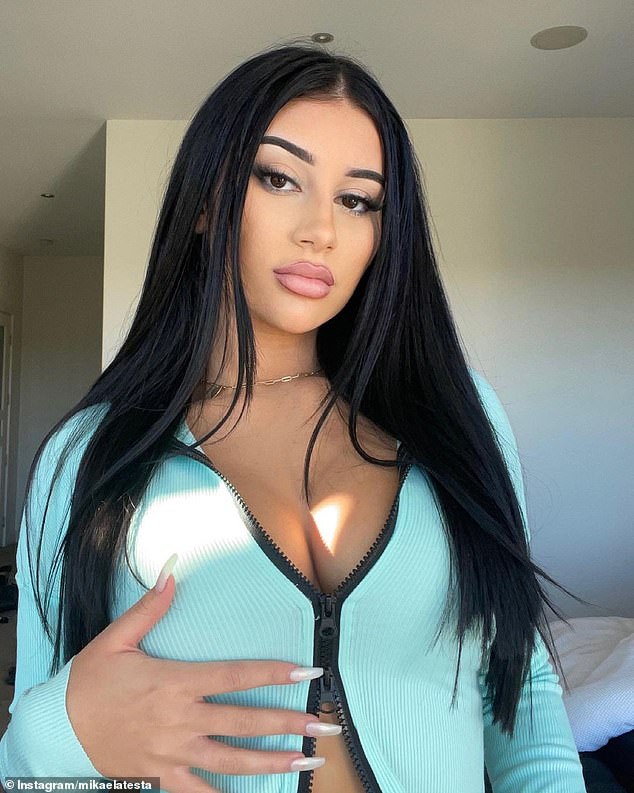 Her Instagram account has gathered a following over one million and is stacked with bikini snaps, topless photos and pictures with her social media manager boyfriend.

The couple live with Atis’ sister Anna and her partner in a luxurious waterfront mansion on the Gold Coast, complete with a $100,000 stone wall.

Ms Testa previously recorded a walk-through of the three-storey ‘dream home’ and bragged the house had ‘massive ceilings, massive hallways, and a massive kitchen’.

Her tour of the luxurious home showed off a private cinema, waterfront pool, and ‘so many spare bedrooms’.