MIKE BROWN: It’s time to drop Owen Farrell and get the most out of our brilliant outside backs

MIKE BROWN: This England team is TERRIBLE to watch… Eddie Jones needs to get his dangerous players into the match and give them a chance to express themselves

Eddie Jones talks about giving the English rugby public something to smile about in the current climate but people can’t be enjoying this England. His side have some brilliant outside backs and it is time to use them.

Next weekend could be time for a change and I would put Owen Farrell on the bench and start with George Ford against Italy on Saturday.

Compared to his usual high standards Farrell was poor at Twickenham, with England wasting four-man overlaps and kicking the ball away. Enough is enough now and I would give Ford a chance to show how he can lead the backs.

I would rather see England get some of their dangerous players into the match and give them a chance to express themselves — I don’t enjoy watching kick-chase all the time and I am sure people at home don’t either.

England need to start pushing their game plan and let the creative, elusive outside backs like Jonny May, Anthony Watson and Henry Slade have more of a chance in the game.

A more balanced game plan would keep defences guessing and that is how England can build pressure — at the moment we are only using half the players on the field. It is time to share the load and give the ball out to these backs and give fans something to really get excited about.

England could mix up their game more. France combine solid set piece with a good kicking game but also get the ball out wide to their dangerous players, allowing them to express themselves ball in hand instead of just chasing kicks for the majority of the game. 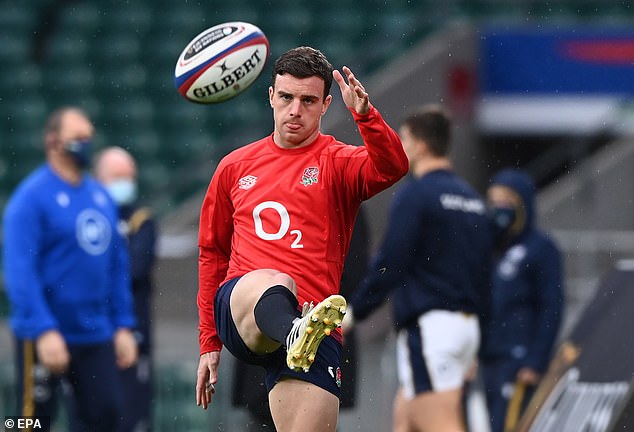 England can’t just keep saying they are winning games on the back of the current game plan. Now that they have lost, Ford deserves to start and I would like to see him line up against the Italians with the rest of the back line that played on Saturday. Apparently he has been carving it up in training so let’s see how he goes.

I keep saying that England have to come up with a more expansive approach — or a plan B — which allows them to move the ball more. They kept on winning matches until Saturday but the stats show that for 60 minutes Scotland had made 104 carries to England’s 36 and five line breaks to England’s zero.

I don’t think Ollie Lawrence at centre and Watson on the wing had touched the ball by then and England need to get these players into the game. Leaving Farrell on the bench would give Lawrence the chance to show what he can do — he has hardly had an opportunity in his short career.

The English pack are usually dominant so there is no reason why, with Ford having a run, they can’t get the backs firing. 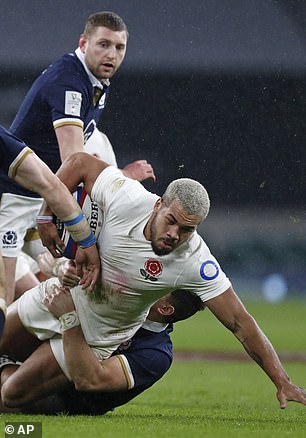 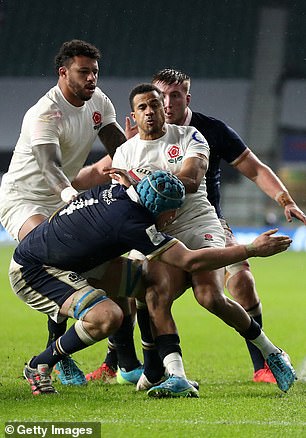 I would have made the same changes from the bench as Eddie did on Saturday. Ford and Farrell do work well together and when they got the chance England moved the ball better but by then it was too late.

Everyone is talking up Maro Itoje as a potential captain, so I would give him a run in Farrell’s place, with Ford and Ben Youngs as his deputies. Itoje is a guaranteed starter and he leads by example.

Fair play to Scotland though. As a full back I can appreciate how good a game Stuart Hogg had, especially in the second half, and they deserved their win. They played smartly in the first half and used their attacking kicking game to put the ball in behind England. They made England concede penalties and that led to Billy Vunipola’s yellow card.

England built some momentum but Scotland went back to playing cleverly in the second half and put England on the back foot.