MIKE BROWN: Jamie George is in strong contention to start ahead of Ken Owens against South Africa

After beating the Sharks 54-7 on Wednesday, the British and Irish Lions faced a significantly sterner test three days later.

The teams went into the break at 26-26, before Jaden Hendrikse’s dismissal inside five minutes of the second half swung the match in the tourists’ favour as Warren Gatland’s men eventually won 71-31 in Pretoria.

Solid at the back. Caught out a little in backfield by Lionel Cronje’s grubber kick which led to a try. No counter-attack opportunities to work with but showed good link play to help finish a couple of chances.

Carried well in the loose, and looked really physical in the tight. Scrummaged well — and that could be his trump card competing against Mako Vunipola and Wyn Jones for the No 1 shirt come the Tests.

Not much to work with but did the basics well. Picked a good line for his try after nearly scoring earlier. When given the chance, he was sharp, especially for his excellent second finish.

His lineout work was excellent and he scored two tries. Picked some great lines in attack, did the basics well and made the most tackles – nine. Pushing to start ahead of Ken Owens now.

Made a handling mistake for the Sharks’ first try, but led the quick line-speed in defence. Well taken try with a good angle, then showed his speed and agility to round two defenders and finish it off.

The tight-head was quiet compared to his usual high standards. Made seven carries for a metre each and five tackles. Still the favourite for the Test shirt but Kyle Sinckler will run him close.

The Scot was more impactful in his previous game at 13 against the Gauteng Lions. He worked hard both sides of ball. He showed his versatility by filling in at both inside and outside centre.

Only called up late for Maro Itoje after he withdrew with a stomach ache. Be did the unglamorous work you need to at lock. His seven carries got the team moving forward. Good in the lineout too. 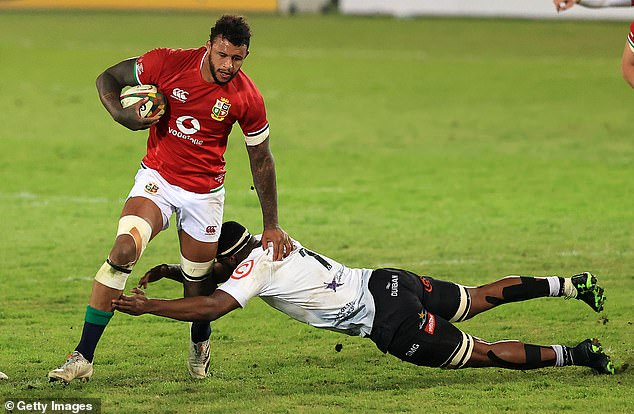 The guy is an absolute beast and is playing his way into the Test team. He made a sharp break and pass for the first try from Harris. Looks on top form and will be pleased to notch up 128 metres of carries.

Not many guys his size move as freely as Jonny does. He works well in tandem with Lawes, with their experience together for England. Sharp in the lineout and his abrasive style will be needed in Tests.

Did brilliantly to set up Van der Merwe try with half break and off load. Directed the team around the field well. In my opinion he is still the frontrunner for the Lions Test spot at 10.

Two tries scored, and went about his business well. Beirne is a good lineout option, which will prove vital for the Tests. The back-row is so competitive and no one has had a bad game yet.

A tough day at the office. He threw an intercept and was charged down, which is the kind of errors you just can’t make against the Boks. He will have to work hard to get back up the pecking order. 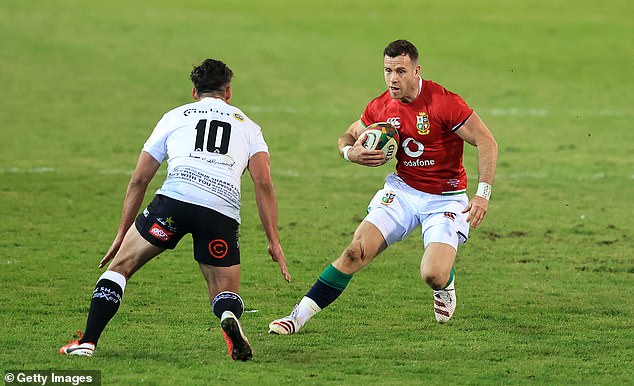 I’m becoming a bigger fan of Hamish every week. He has stuck up two fingers to those who say he’s too small and he’s now ahead of Tom Curry for the No 7 jersey. Strong on both sides of the ball.

I wasn’t surprised to hear Warren Gatland praising him. As well as his opportunist pick-and-go try, the No 8 showed good footwork which is the kind of dynamic attack you need to take on the Boks.