MIKE COLMAN: Alan Jones has never ceased to amaze me with his generosity

2GB breakfast host Alan Jones has quit after 35 years of broadcasting and ratings dominance. But it’s the little acts you may not know about that make the man

The Champagne corks will be popping in government offices and corporate boardrooms around Australia today but there will be tears on Struggle Street.

With Alan Jones announcing on air that he is retiring from radio at the end of the month the politicians and fat-cats have lost their harshest critic.

The battlers have lost their greatest champion.

And those people in-between, the ones who are disinterested in Alan Jones or label him irrelevant, have lost something too. They just don’t realise it yet.

His combined audience in those two mediums will be a fraction of the numbers he has reached on radio every morning for the past 35 years: the loyal listeners who made his show a part of their daily routine – and those who tuned in petrified about what he might say about them. 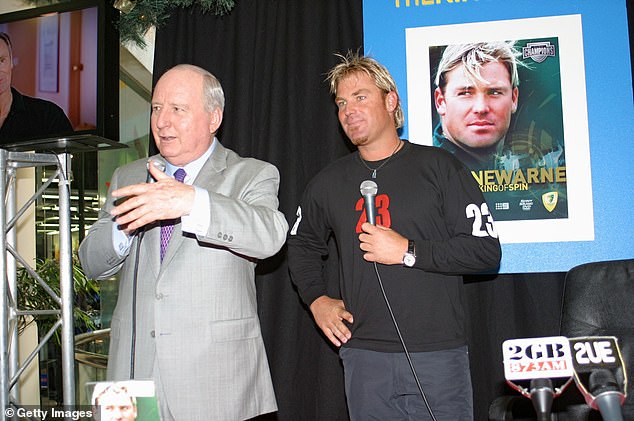 Jones, above, lends his impressive voice to the launch of a DVD for cricketer Shane Warne a decade and a half ago

An endorsement from Jones could be a golden ticket to success at the sales counter or ballot box. A tongue-lashing the death knell of a political career.

Little wonder the rich, powerful and wannabes beat a path to his studio door, and little wonder they were so careful to stay in his good books. No-one ever wanted to get on the wrong side of Jones or end up in the crosshairs of his sights. It was a very uncomfortable place to be.

Just as those whose causes he took up and fought for like a pit bull terrier would never have a more committed and loyal friend.

I have known Alan Jones for over 30 years and never cease to be amazed by his energy and generosity.

Early in our association I arranged to spend time with him in order to write a Sunday newspaper article entitled, ‘A day in the life of Alan Jones’.

I suggested I would meet him at his radio show at 7am.

I thought he was joking at first but later realised he was deadly serious. The man sleeps three hours a night and for the remaining 21 he doesn’t stop. 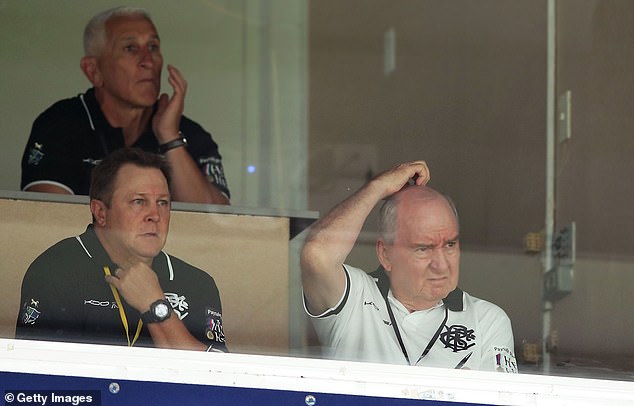 Jones will continue to write in the newspaper, appear on TV and no doubt make his thoughts clear about rugby union (above, watching a Wallabies v Barbarian match) – but it won’t be the same without his incredible radio platform

Much of that time is spent helping people, whether it is by raising issues and supporting causes through his media work, giving his time free of charge for charity events or simply putting his hand in his pocket.

Over the years I’ve heard plenty of people spreading bad stories about Alan Jones – things they’ve heard from a friend of friend who knew someone who’d talked to someone who’d told them something that someone else had told them that was 100 percent true.

And I’ve also heard about plenty of good things he’s done for people – the difference being that those stories have actually come from the people themselves.

I admit I’m one of those people that Alan Jones has helped out any number of times over the years.

Not huge things in the grand scheme I guess, but very important to a journalist trying to make it in a tough, competitive industry.

A phone call always returned, a quote given with a deadline looming, an on-air interview to praise a book I had written.

And I’m one of many. 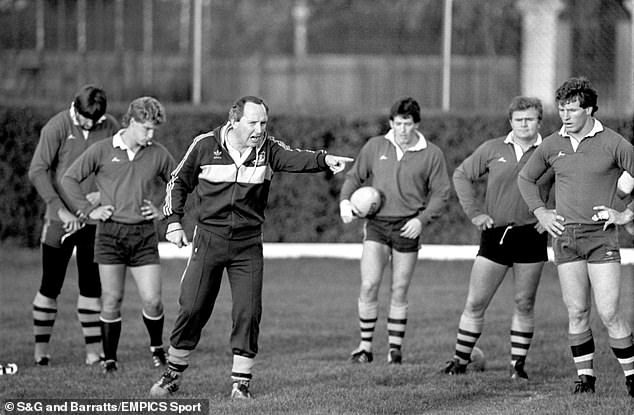 Top coach: Alan Jones is the rugby coach who led Australia to its first Bledisloe Cup victory in 39 years

I know of first-hand a former rugby union player who, in the days before enormous professional salaries, had saved up the deposit for his first home.

Inexperienced in the process, he asked Jones to accompany him and his wife to the auction and bid on their behalf.

When the price went past their limit Jones kept bidding.

‘Don’t worry about it,’ he said, securing the house and paying the difference.

There’s hundreds of stories like that, not that they always ended well.

Jones has never said anything publicly about it but I know he agreed to put up his time and money – well over $100,000 – to finance and promote the debut performance of a now-well known professional sportsman.

The event was a huge success and set the athlete up for a long and lucrative career. Almost 20 years later Jones is still waiting to get his money back.

Likewise he has rolled with the punches when he has pulled the wrong rein or chosen his words badly.

More than once he has cost his employers dearly in the courts and has had to apologise to prime ministers Julia Gillard and Jacinda Ardern for injudicious remarks.

But it wasn’t the courts or his critics that forced him off the air in the end. It was his health. 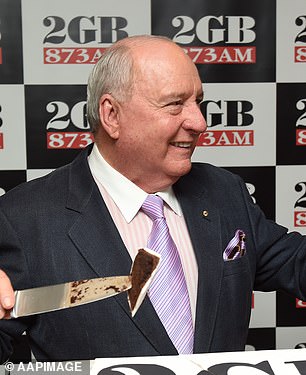 While his detractors will no doubt say ‘good riddance’, the country is losing a crucial watchdog with Jones’s retirement. Above, Jones cuts a ‘2GB’ styled cake

The last time I saw Alan Jones was four years ago at the Opening Ceremony of the Rio Olympics.

As I was hurrying to my seat I heard someone call my name and was shocked to see him being pushed through the crowd in a wheelchair.

Weeks later he was in hospital being treated for a crippling back injury – one of many painful and serious ailments that he has been battling for years.

I knew then that he couldn’t continue with his hectic pace much longer.

His many detractors will no doubt say ‘good riddance’. I only hope they don’t live to rue the day that this country’s political and corporate landscape lost its most fearless and outspoken watchdog.

Because whether you agree with him or not, Australia needs an Alan Jones.

And where are we going to find one now?

Mike Colman is one of Australia’s most respected sports commentators. In a career spanning more than 30 years, he has covered seven Olympics and major sporting events around the world.