‘I should have asked Taylor to visit his pitch-side monitor’: VAR Mike Dean admits he REGRETS not telling referee to look again at Cristian Romero’s hair-pull on Marc Cucurella during feisty London derby between Chelsea and Spurs

Dean was the VAR for the hot-tempered 2-2 draw between Chelsea and Tottenham. Seconds after Romero dragged down Cucurella – an incident which some feel should have resulted in a red card for violent conduct – Harry Kane headed home a 96th-minute equaliser from a Spurs corner.

It is the first time in Premier League history that an official has fronted up after playing a part in a game and Dean, in his column for MailPlus, said: ‘In the few seconds I had to study Romero pulling Cucurella’s hair, I didn’t deem it a violent act. 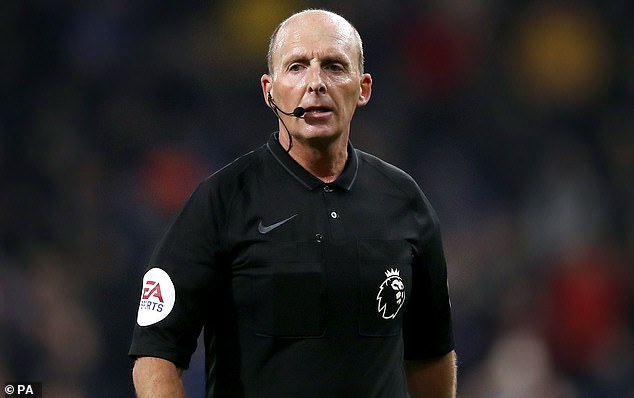 ‘I’ve since studied the footage, spoken to other referees and, upon reflection, I should have asked Taylor to visit his pitch-side monitor to take a look for himself. The referee on field always has the final say.’

Sportsmail columnist Chris Sutton said it was good that an official was willing to speak after being involved in such a big decision.

‘Good on Mike Dean for fronting up,’ Sutton said. ‘It’s refreshing. We see weekly apologies from footballers on social media if they messed up and received a red card.

‘Like the one posted by Liverpool striker Darwin Nunez after his costly head-butt on Crystal Palace’s Joachim Andersen. But we’ve grown accustomed to referees, assistants, VARs staying quiet.’ 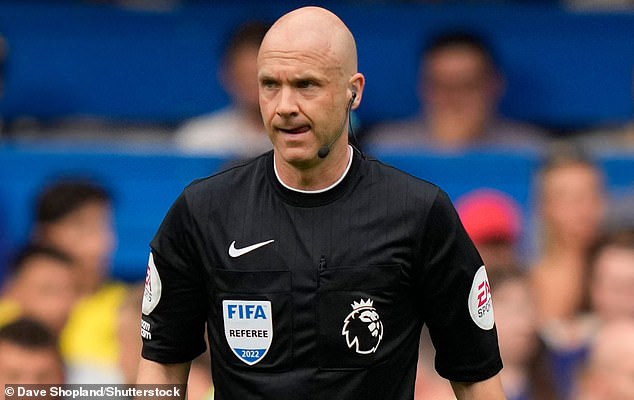 Taylor came under fire for missing the foul by Romero on Cucurella in real time, with a fan-led petition set up to stop him refereeing Chelsea games.

Had Taylor visited his pitch-side monitor to review the potential red card and dismissed Romero, Chelsea would have also been awarded a free-kick, cancelling out the corner which Tottenham scored from.

After retiring from on-field refereeing at the end of last season, capping more than two decades as a Premier League referee, Dean is now working as a full-time VAR from Stockley Park.