Mike Keegan’s Super Bowl diary: The black market traders making fake championship rings, how Liverpool have also overtaken Manchester United stateside and why YOUR tweets could be part of the celebrations

The 54th edition of the Super Bowl is just around the corner as the city of Miami prepares to host the NFL showpiece for a record 11th time.

In what is being dubbed the most evenly-matched Super Bowl in recent history, the Kansas City Chiefs take on San Francisco 49ers as both aim to end their long wait to lift the Vince Lombardi Trophy.

But what’s going on in the build-up to the big day? Sportsmail sent Mike Keegan to Florida to take us behind the scenes each day as America gears up for the biggest date on its sporting calendar.

When you win the Super Bowl as a player you get a ring. A giant ring with giant bling.

But what I did not know, until I went to my first ever press conference on counterfeit goods, was that members of the public can also buy officially licenced replicas.

Subsequently, trade in fakes of the replicas – I know – is a big deal. People are replicating the replicas. And other people are buying them. Seriously.

Officials told me that unsuspecting punters (presumably with questionable taste) pay more than $250 for the fakes, which cost less than $10 to make. On a serious note, aside from leaving wearers with green fingers, there are also health implications. 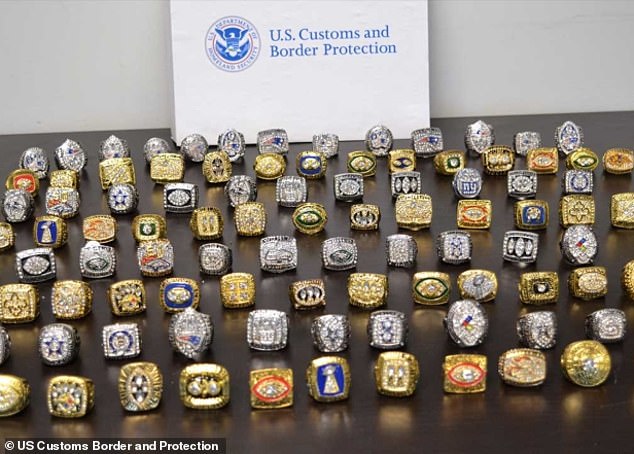 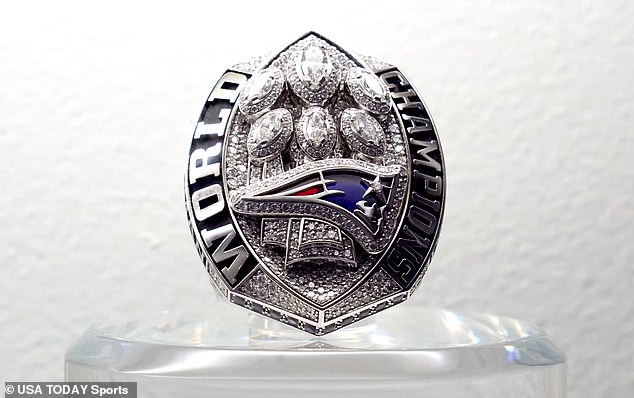 Liverpool’s unstoppable march to the Premier League title has had a knock-on effect across the Atlantic, with US counterfeit officers now finding more knock-off merchandise from the Kop outfit than any other Premier League club having overtaken Manchester United.

Director of the Washington DC-based National Intellectual Property Rights Co-Ordination Center, Steve Francis, added that the New England Patriots were the NFL team whose goods are the most-copied. 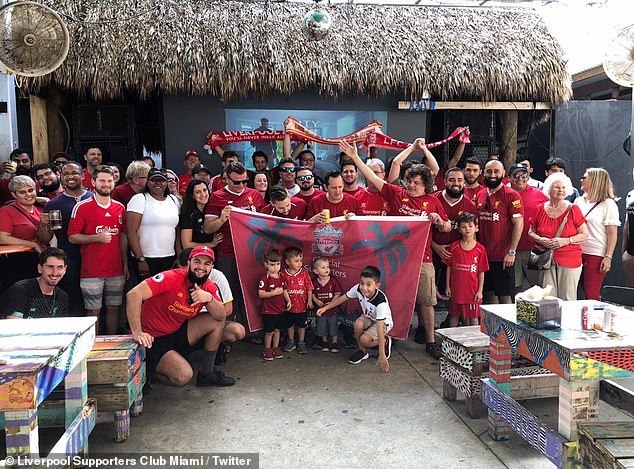 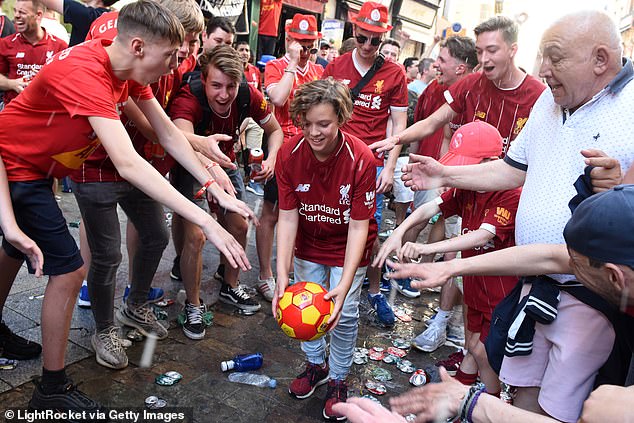 Leigh Steinberg, the agent whom the Jerry Maguire film was based on, is asking punters to show him the money in aid of the Make a Wish foundation.

On Saturday, Steinberg’s 33rd Annual Super Bowl Party will take place with proceeds from the $100 to $1,500 tickets going to the charity which provides amazing experiences for children who have been diagnosed with a terminal illness. 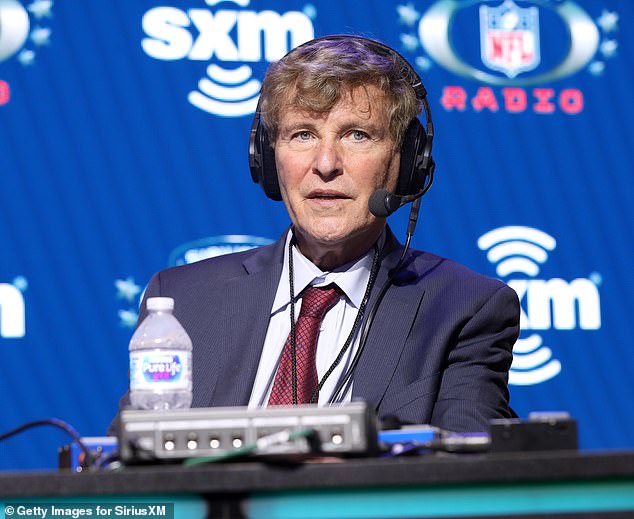 Confetti falling on the field as time expires at the moment the battle is lost and won has created some iconic Super Bowl moments, including in 2017 when the gun went off prematurely with half the New England Patriots side unaware of whether the overtime TD they had just scored to win the game would stand.

This time, the tickertape will include messages from supporters of the winning side.

Chiefs and 49ers supporters have taken to Twitter to provide the content. The message for the losing team, which will never see the light of day, will be recycled. 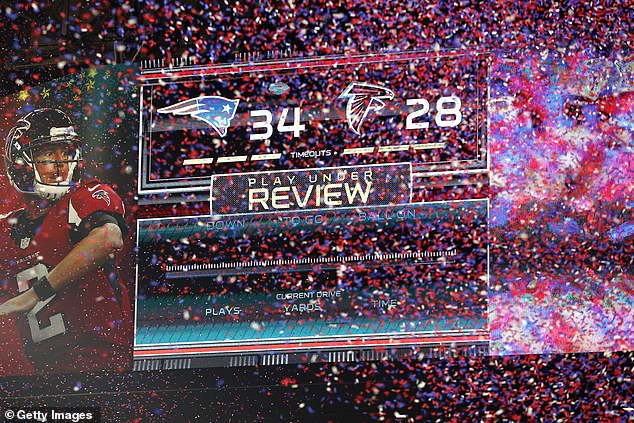 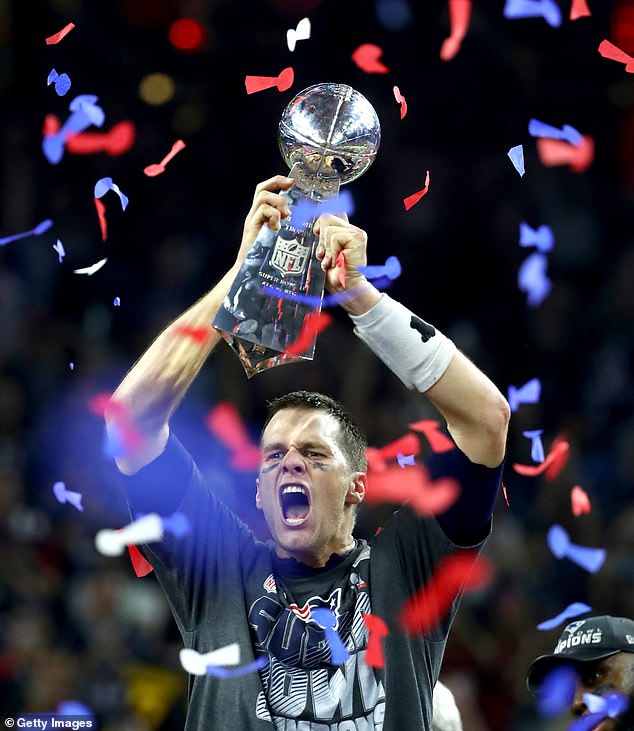 The 49ers had looked into the possibility of screening the Super Bowl at the Earthquakes Stadium home of MLS outfit San Jose Earthquakes.

Officials had expected vast crowds to head to the Quakes’ smart base, which features North America’s Longest Outdoor Bar.

Given the vast majority of 49ers fans will not be in Miami, images of delirious fans potentially celebrating Super Bowl glory could have been broadcast to the world.

However, it is understood that NFL officials vetoed the event, with impact on TV ratings mentioned as a reason. Given the game is expected to be watched by around 100million people across the US, it seems a little mean-spirited. 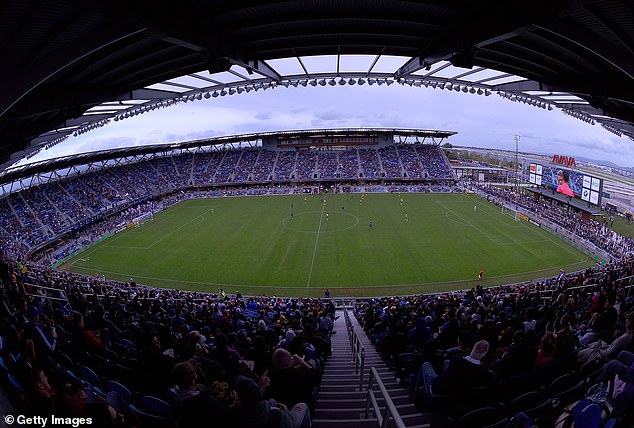