Pressed by a television host to say the words ‘black lives matter,’ Vice President Mike Pence has instead replied that ‘all lives matter,’ while acknowledging Juneteenth and lamenting George Floyd’s death as a ‘tragedy’.

The exchange occurred on Friday night when Pence appeared in an interview with Philadelphia ABC affiliate WPVI-TV, and anchor Brian Taff repeatedly pressed him to ‘utter those words’ black lives matter.

‘Let me just say that what happened to George Floyd was a tragedy,’ Pence responded.

‘And in this nation, especially on Juneteenth, we celebrate the fact that from the founding of this nation we’ve cherished the ideal that all, all of us are created equal, and endowed by our creator with certain inalienable rights. And so all lives matter in a very real sense.’

Pressed by a television host to say the words ‘black lives matter,’ Vice President Mike Pence has instead replied that ‘all lives matter’ 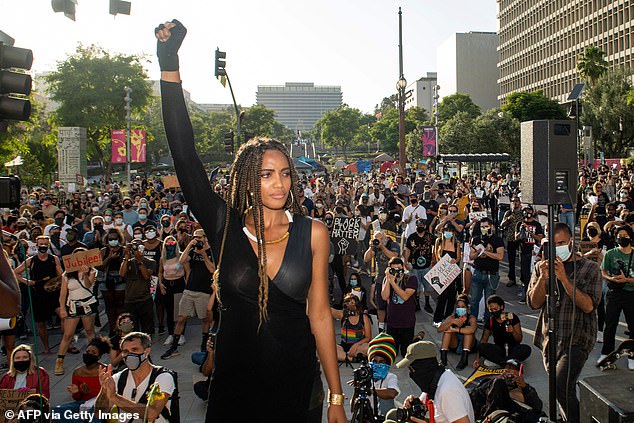 Juneteenth, which fell on Friday, commemorates the end of slavery in the U.S. The traditional holiday, which has long been celebrated regionally, gained new recognition this year amid protests over Floyd’s death in police custody in Minneapolis.

‘Forgive me for pressing you on this, sir,’ Taff said to Pence, ‘but I will note you did not say those words, ‘Black lives matter,’ and there is an important distinction.’

‘People are saying, of course all lives matter, but to say the words is an acknowledgment that black lives also matter at a time in this country when it appears that there’s a segment of our society that doesn’t agree. So why will you not say those words?’ the anchor continued.

‘Well, I don’t accept the fact, Brian, that there’s a segment of American society that disagrees, in the preciousness and importance of every human life,’ Pence said.

‘And it’s one of the reasons why as we advance important reforms in law enforcement, as we look for ways to strengthen and improve our public safety in our cities, that we’re not going to stop there,’ he continued. 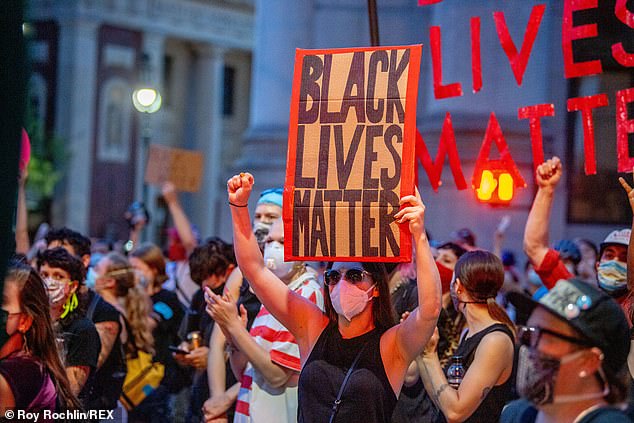 Protesters assemble next to City Hall during a Juneteenth Black Lives Matter protest in New York City. Global protests sparked after the police killing of George Floyd in Minneapolis 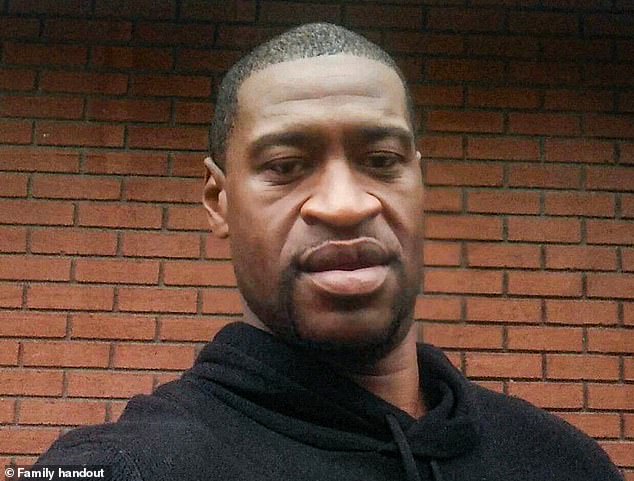 George Floyd, a 46-year-old black man, was killed in Minneapolis, Minnesota during an arrest for allegedly using a counterfeit bill

Pence went on to tout the historic low rate of black unemployment prior to the pandemic, as well as the development of economic ‘opportunity zones,’ adding that the administration is ‘absolutely determined to improve’ the lives of African Americans.

‘And yet, one final time, you won’t say the words and we understand your explanation,’ Taff responded.

Supporters of the Black Lives Matter movement say that the phrase is an acknowledgement of racial reforms they argue are needed in the criminal justice system.

They view the phrase ‘all lives matter’ as a denial of their grievances, and even as racist.

It comes as President Donald Trump prepares to hold a massive rally in Tulsa, Oklahoma on Saturday night and reboot his campaign in the wake of the pandemic and national protests. 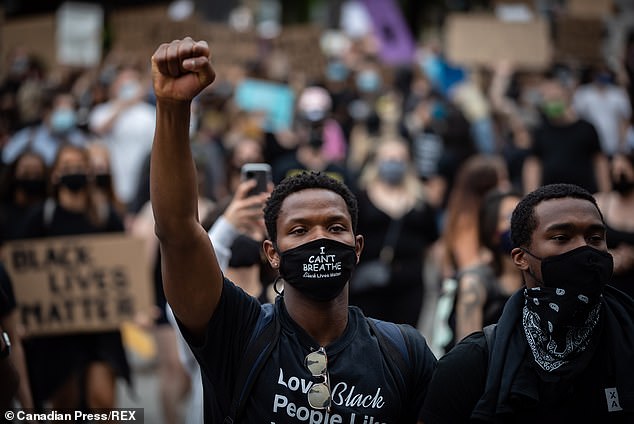 A man wearing a face mask that says “I Can’t Breathe” and “Black Lives Matter” raises his fist while marching with thousands of others to mark Juneteenth, in Vancouver 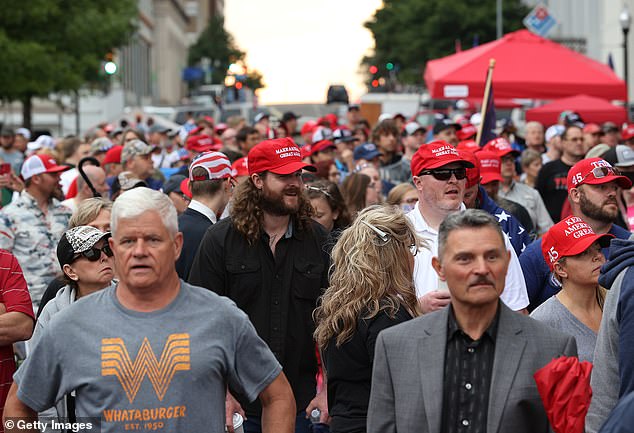 Supporters of U.S. President Donald Trump gather to attend a campaign rally at the BOK Center, June 20, 2020 in Tulsa, Oklahoma

The rally was originally scheduled for Friday, but it was moved back a day following an uproar that it otherwise would have happened on Juneteenth, and in a city where in 1921 race riots killed dozens if not hundreds of black residents.

Campaign officials said that Trump would focus on what they call the ‘great American comeback.’

White House officials continue to project strong growth numbers for the U.S. economy in the third and fourth quarters.

They want to give Americans a reason for optimism. ‘We are back and we will be booming,’ press secretary Kayleigh McEnany said Friday.