Their brief encounter put Pence in contact with the figure whose election interference campaign is at the center of President Trump’s impeachment trial, where House Democrats are making their second day of arguments calling for Trump’s removal Thursday.

House managers have cast Trump’s conduct toward Ukraine as an extension of his 2016 comments when he called for Russia to please get Hillary Clinton’s emails. Trump later said he was joking.

US Vice President Mike Pence (L) greets Russian President Vladimir Putin (R) as they attend an even at Yad Vashem Holocaust memorial centre in Jerusalem on January 23, 2020, to mark 75 years since the liberation of Auschwitz 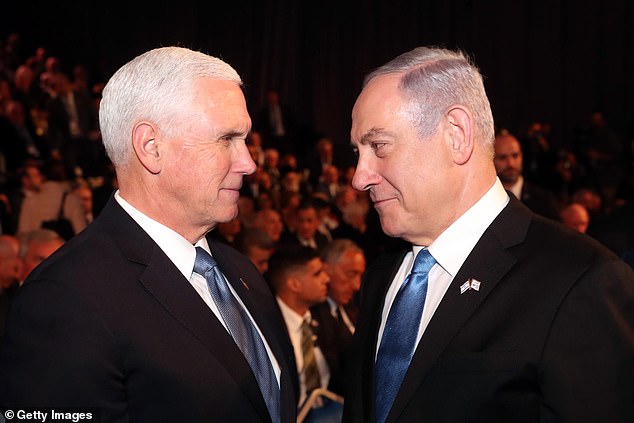 In addition to marking a solemn moment of remembrance at Yad Vashem, the Israeli Holocaust museum, the gathering marking the 75th anniversary of the death camp provided brief opportunities for networking.

An apparent hot mic moment caught Pence saluting the ‘unstoppable’ constitution of his boss President Trump, while also lauding Israeli Prime Minister Benjamin Netanyahu. Netanyahu has managed to dominate Israeli politics for decades – while like Trump fending off investigators who have accused him of corruption.

During a greeting, Netanyahu asks Pence how he is doing. 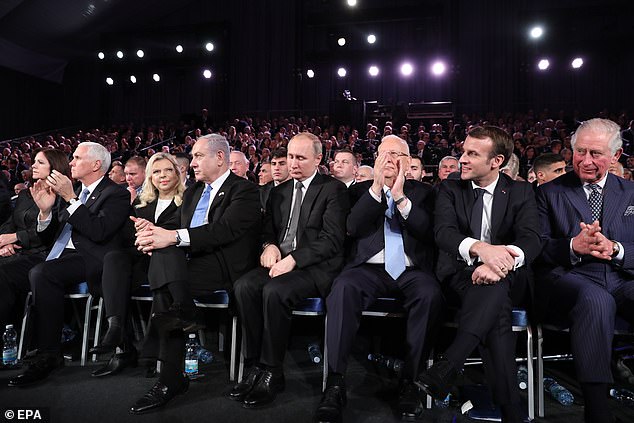 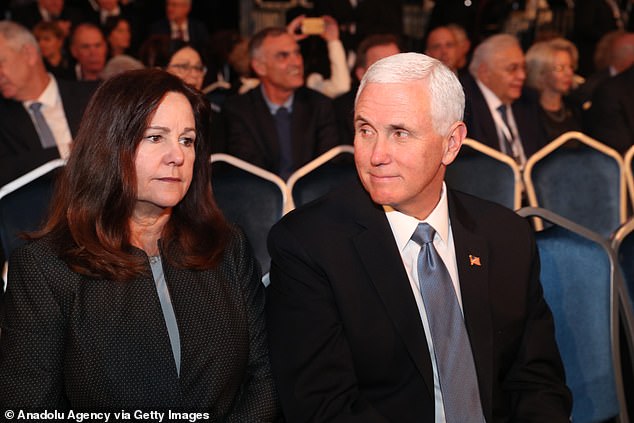 ‘We’re contending. He’s unstoppable,’ Pence responded, smiling. ‘Like somebody else I know,’ he said, buttering up his host.

Netanyahu has been indicted on charges of bribery, fraud, and breach of trust, but has managed to remain atop the Likud party.

The leaders were joined by Prince Charles and more than 40 world leaders at the event. Trump son-in-law Jared Kushner was expected to attend. Putin had a meeting scheduled with Netanyahu.