The US secretary of state has said the death of Harry Dunn and the investigation into allegations about the conduct of the Duke of York will be ‘resolved on their merits’.

Foreign Secretary Dominic Raab also said ‘there’s no haggle’ in terms of the extradition of Mr Dunn’s alleged killer, and told reporters nobody had raised the issue of Andrew with him.

Mike Pompeo was criticised by Mr Dunn’s family after he rejected an extradition request for the US suspect in the case, 42-year-old Anne Sacoolas. 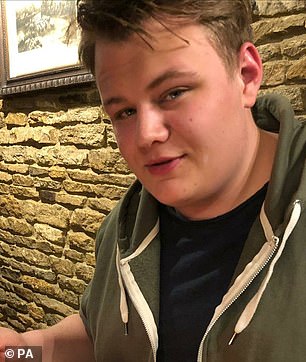 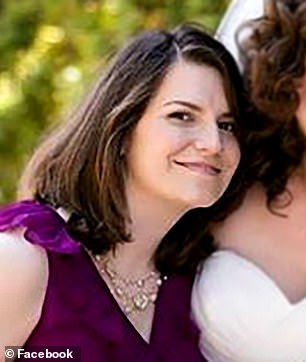 Anne Sacoolas, 42, (right) is the wife of diplomat Jonathan Sacoolas. She allegedly struck and killed 19-year-old Harry Dunn (left) as she drove out of an RAF base in England, and then fled to the United States, claiming diplomatic immunity 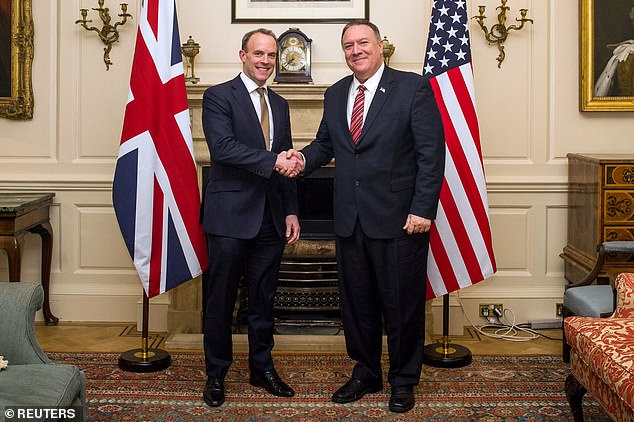 Mrs Sacoolas was charged with causing the 19-year-old’s death by dangerous driving after he was killed when his motorbike crashed into a car outside a US military base in Northamptonshire on August 27 last year.

The suspect, the wife of an intelligence official based at RAF Croughton, claimed diplomatic immunity after the crash and was able to return to the US, sparking an international controversy.

Mr Dunn’s family have said they are treating the words of Dominic Raab and Mr Pompeo ‘with caution’, but said it had been noted that ‘the secretary of state is no longer saying she will not return’.

The teenager’s parents, Charlotte Charles and Tim Dunn, had inquired about the possibility of an exchange with Prince Andrew after US lawyer Geoffrey Berman said the duke had not co-operated, despite his lawyers being contacted by prosecutors and the FBI as part of the probe. 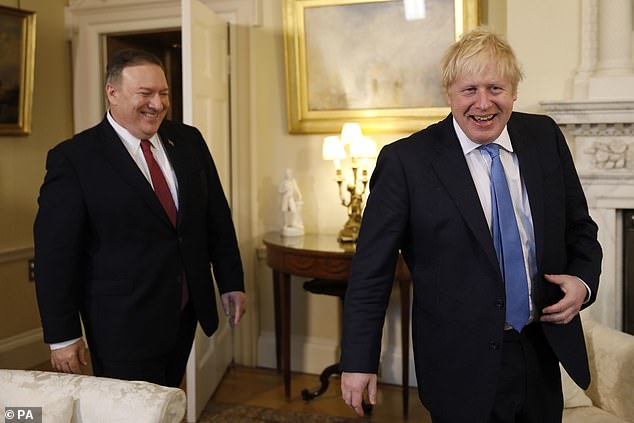 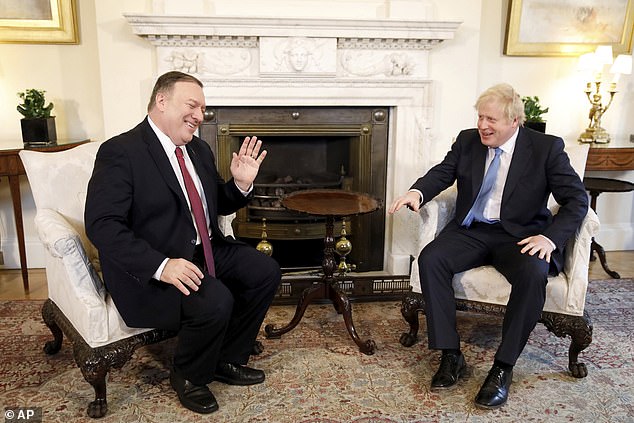 Pompeo meets with Johnson at Downing Street in London, Thursday

At a Policy Exchange event in London alongside Mr Raab on Thursday, the US secretary of state was asked if there could be a deal in which Anne Sacoolas could be returned to the UK.

Mr Pompeo was asked: ‘We want Anne Sacoolas, you want Prince Andrew – is there a deal to be done?’

The secretary of state said: ‘Yeah, I can answer that. I am confident each of these cases will be resolved on their relative merits.’

Adding his thoughts on the case, the UK Foreign Secretary said: ‘There is no barter, it’s a rules-based approach. That’s what the treaty does.

‘We both see that the extradition treaty serves both sides. And we want to make it work. So, that’s the approach. 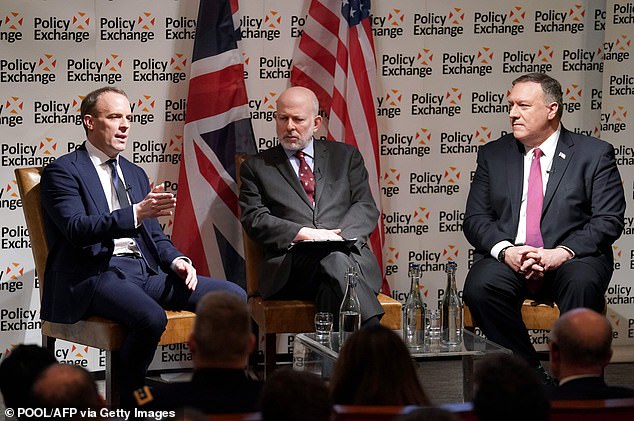 Britain’s Foreign Secretary Dominic Raab speaks during a public discussion event with US Secretary of State Mike Pompeo (right) at the Institute of Mechanical Engineers in London, Britain, January 30 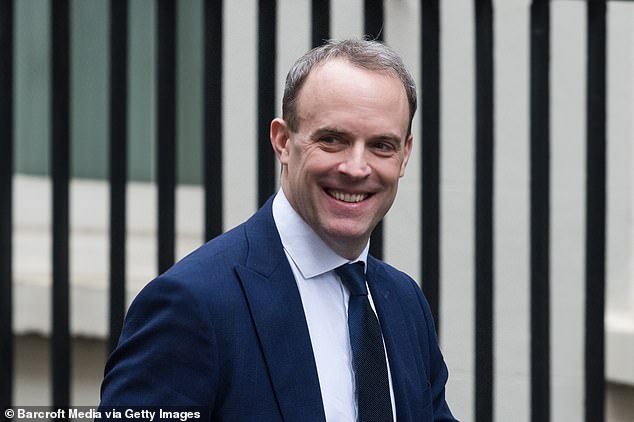 ‘There is no haggle and no-one’s raised Prince Andrew. Frankly, no-one has ever raised that with me.’

‘We treat these words with caution but it is clear that Mr Raab has followed through on his promise to the family that he would make it clear to the secretary of state that he will not accept anything less than Anne Sacoolas’ return.

‘I note that the secretary of state is no longer saying she will not return.

‘Our campaign for justice for Harry will not stop until she is back and going through the legal system.

‘I urge all parties concerned to ensure that that happens sooner rather than later for the benefit of everyone.’ 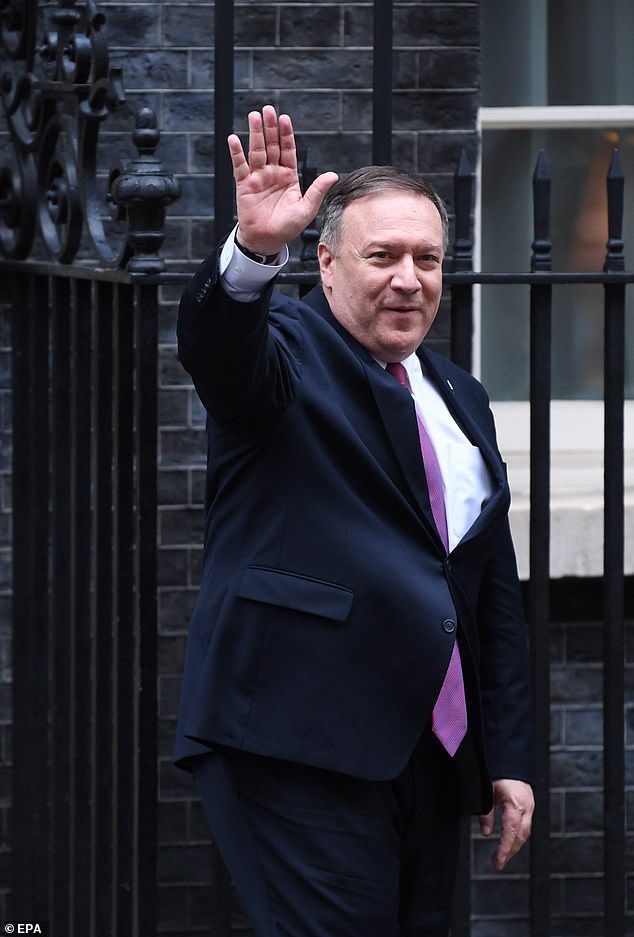 Reacting to the comments from Mr Pompeo and Mr Raab, Mrs Charles told PA: ‘We continue to suffer unbearable hardship every day as a family.

‘We have said right from the outset that Anne Sacoolas must face the legal system here.

‘There is no other way and no-one is above the law, diplomat or not, as the Vienna Convention makes clear.

‘I urge Anne Sacoolas to do the right thing and come back to the UK now.’