Longtime Mike Pompeo aide Toni Porter has been identified as the government official at the center of an inspector general’s probe into whether the secretary of state had a taxpayer employee walk his dog and perform other errands.

Pompeo asked President Trump to fire the career inspector general, Steve Linick, in a move that has been reverberating since Trump ordered the move late Friday night.

It has since been revealed that Linick has been probing allegations that Pompeo had a government official order food, do laundry, or walk his beloved dog, Sherman.

The Kansas City Star reported Tuesday that Linick was investigating the role Porter, a senior advisor to Pompeo, played and ‘whether she as a political appointee was conducting Pompeo’s personal business on government time,’ according to the paper.

The investigation began after ‘multiple complaints’ to an IG hotline, a source told the paper, and did not come from Porter herself.

Porter served as Pompeo’s district director when he was a congressman from Kansas. She then followed him to the CIA and on to Foggy Bottom.

President Trump defended Pompeo Monday after the story exploded – although neither Trump nor Pompeo mentioned it during a cabinet meeting Tuesday.

‘He’s a high quality person, Mike. He’s a very brilliant guy,’ Trump said at the White House Monday. ‘And now I have you telling me about dog walking, washing dishes and you know what, I’d rather have him on the phone with some world leader than have him wash dishes because maybe his wife isn’t there or his kids aren’t – you know,’ Trump said. 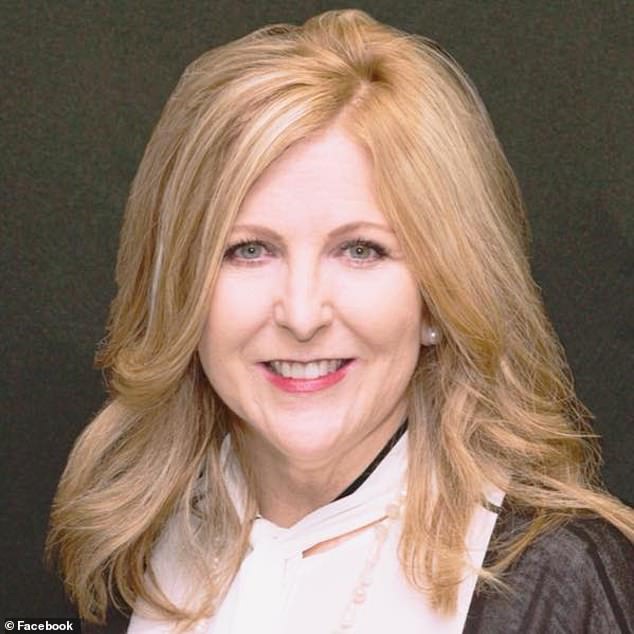 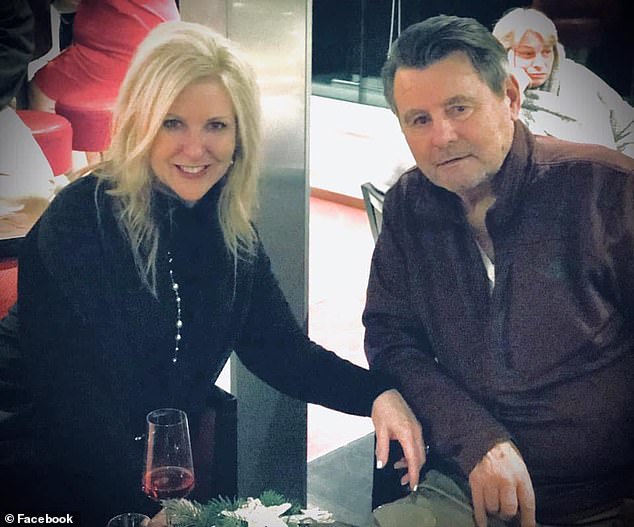 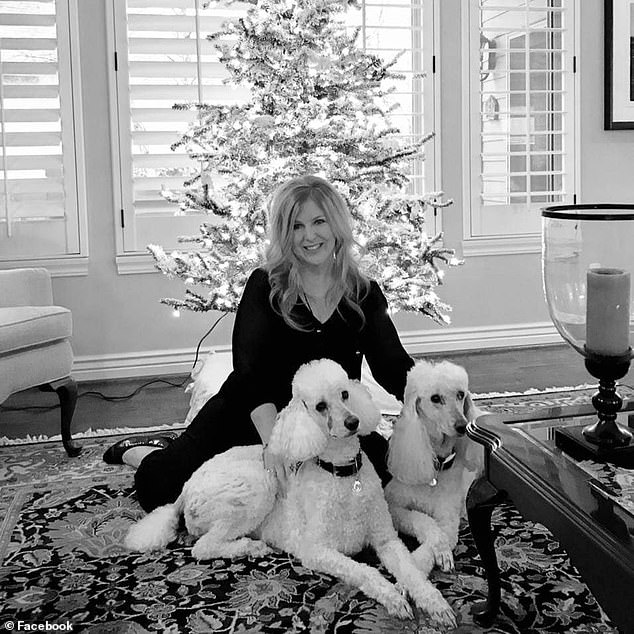 Toni Porter serves as a senior advisor to Pompeo 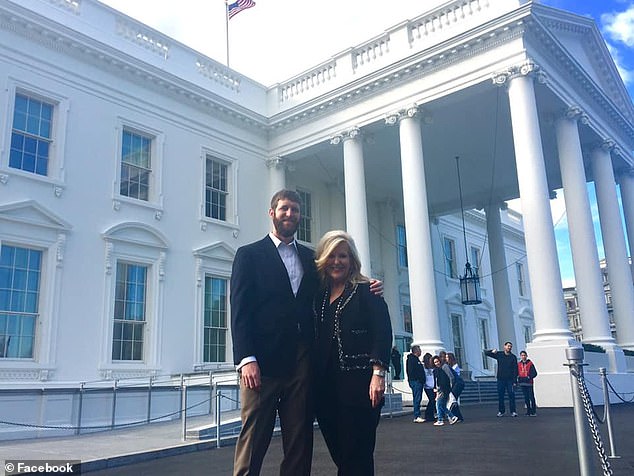 Toni Porter pictured with her son Nick at the White House 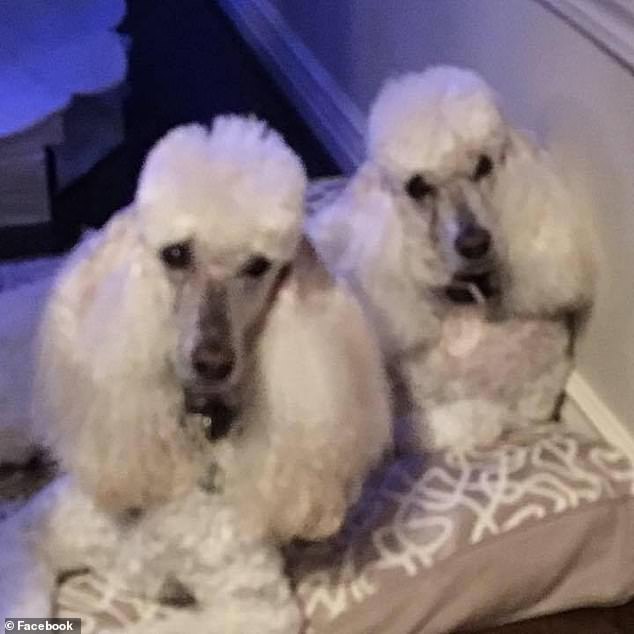 Like Pompeo, she is a dog lover, according to her social media postings 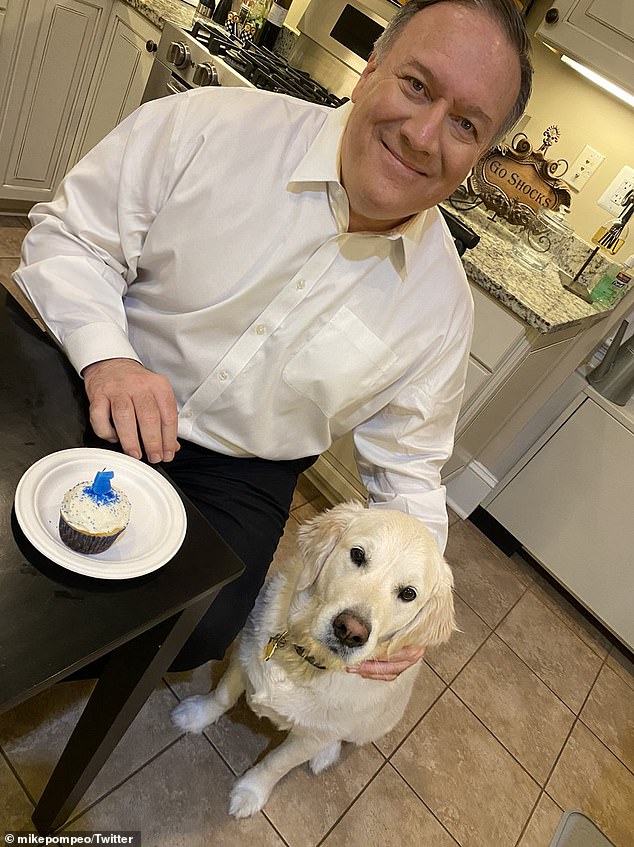 The ousted State Department inspector general was said to have been investigating claims Mike Pompeo, pictured, made a staffer walk his dog Sherman and pick up his dry cleaning 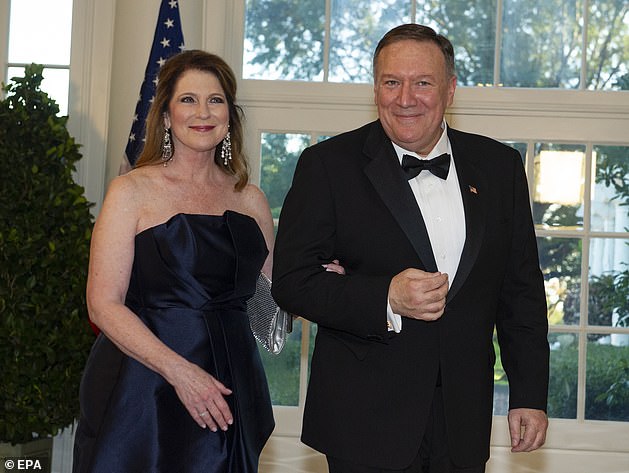 Two officials have now told NBC Linick was looking into whether Secretary of State Pompeo made the staffer carry out personal tasks, including booking dinner reservations for the Republican and his wife Susan, pictured in September 2019 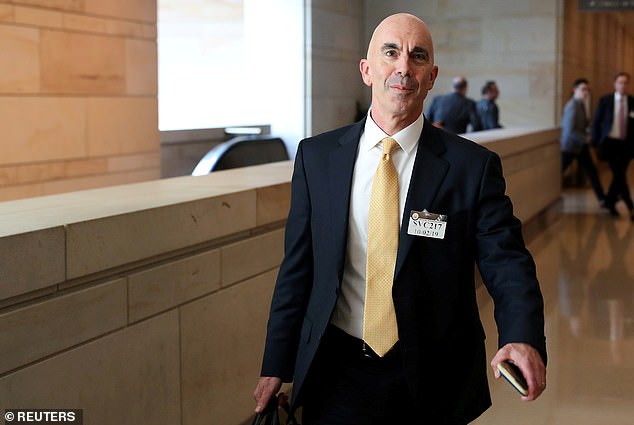 Trump announced late Friday that he was firing the inspector general, Steve Linick, pictured, an Obama administration appointee whose office was critical of what it saw as political bias in the State Department’s management 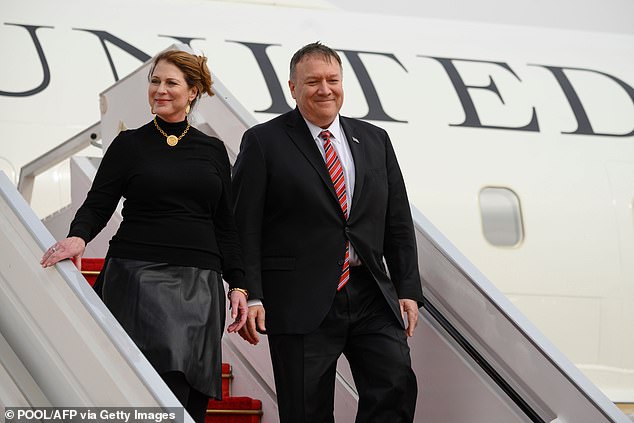 ‘I’d rather have him on the phone with some world leader than have him wash dishes because maybe his wife isn’t there or his kids aren’t – you know,’ President Trump said, defending Mike Pompeo from allegations he had government employees do chores for him

‘What are you telling me it’s terrible. It’s so stupid. You know how stupid that sounds to the world? Unbelievable,’ Trump said.

According to her LinkedIn page, Porter served as Pompeo’s district director beginning in 2011. She also worked in real estate, and as a Pompeo volunteer in 2009. She attended Kansas State University, and is a founding member of the HopeNet docent society. Like Pompeo, she appears to be a dog-lover.

A source in Kansas described her role to the Star as ‘some combination of chief of staff and executive assistant.’

A 2018 Politico article identifies Porter as holding ‘a somewhat fuzzy role in which she handles whatever tasks Pompeo asks her to do, including serving as a liaison to others in the department.’ She was his chief of protocol at the CIA.