Fresh out of the jungle, Mike Tindall is making the most of being reunited with his wife Zara as the pair took a sweet selfie while at a motor racing event.

The former England rugby player, 44, posted the loved-up snap as well as a video of himself on Instagram from the inside of a corvette in the Adelaide 500 – an annual motor street track racing event for supercars.

Mike, 44, who has recently left the Australian jungle after coming fourth in I’m a Celebrity Get Me Out of Here, appears to be fitting back into normal life perfectly after the ITV series ended, and was in his element as he inspected a little red corvette and took it for a spin.

Later, the former England rugby star posted a photo on Instagram of himself up on stage getting the mics ready for a Killers gig.

Mike Tindall, 44,  with his wife Zara, 41, touring Australia after his recent stint on I’m A Celebrity

On Instagram, he wrote: ‘Next stop on the whistle stop Aus tour is Adelaide for the @adelaide500.

‘Have a look at the track from the inside of a corvette and also got Vanilla Mike to get the mics ready for @thekillers for Sunday night!’

Clearly loving his time down under, he also posted several photos of himself loved up with his wife Zara.

And keen to get back in shape following his stint in the jungle, he also posted a video of himself going back to the gym.

The sports lover also added he was attending the Aussie golf open in Melbourne, crediting it for bringing together men, women and all ability golfers. 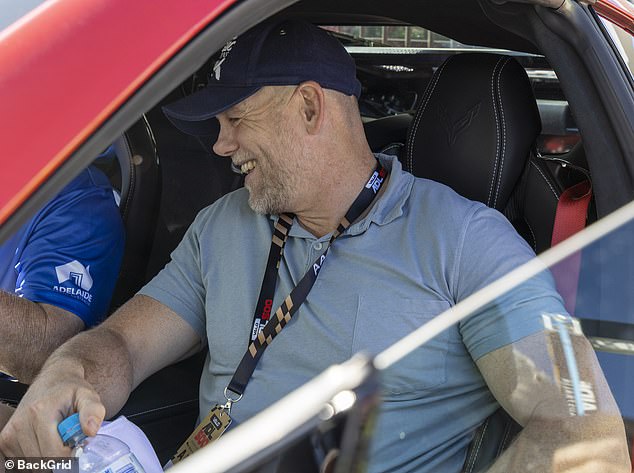 Mike Tindall, 44, beamed as he got ready to take a spin in a race control car at the motor event in Adelaide 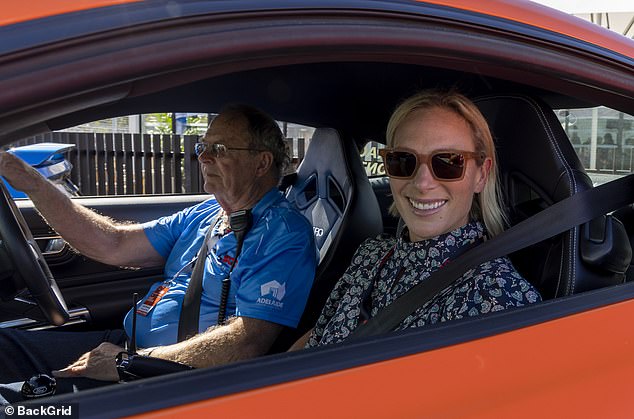 Zara Tindall, 41, looked cool, collected and right at home in the passenger seat of the car as she wore square sunglasses and a floral dress 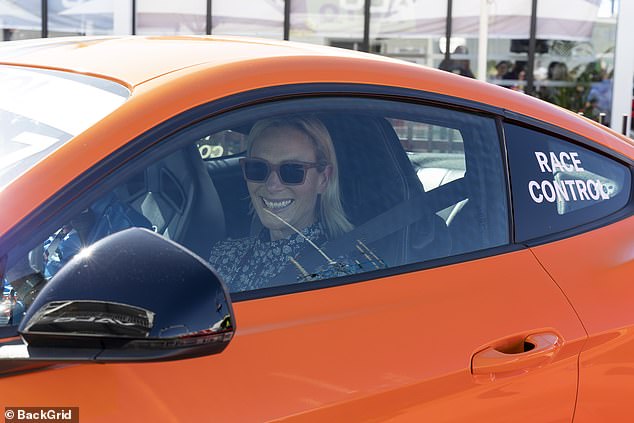 As the window of the passenger seat went up ahead of Zara’s spin in the car, she maintained her beaming smile 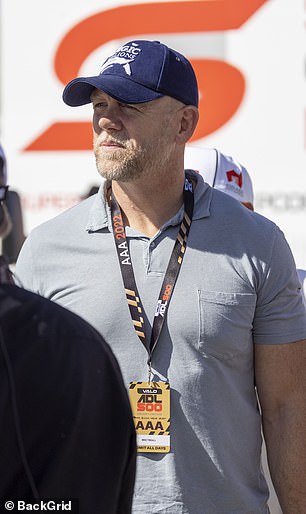 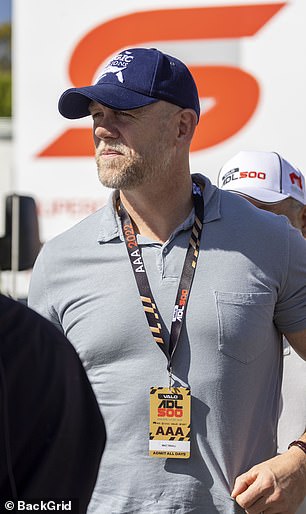 Former rugby player Mike, who came fourth in this year’s series of I’m a Celebrity Get Me Out of Here, wore a navy baseball cap to shield his eyes from the sun 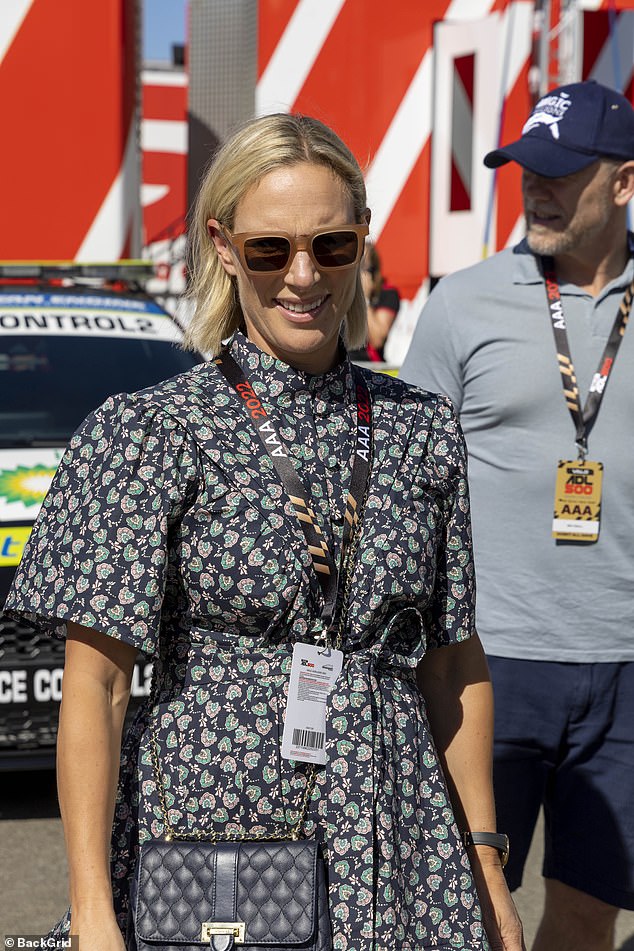 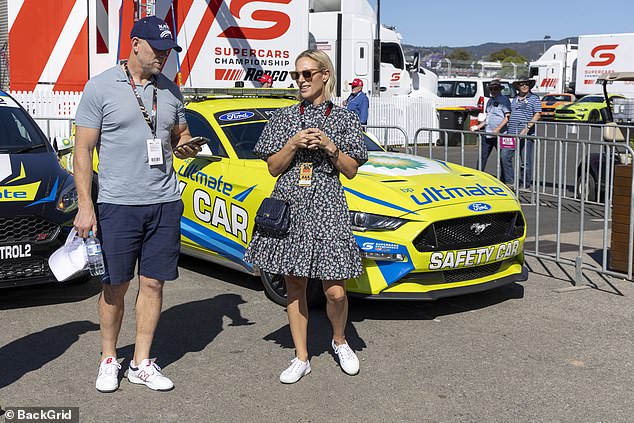 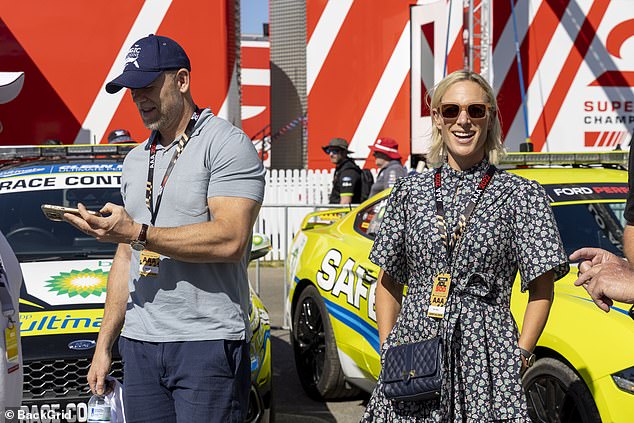 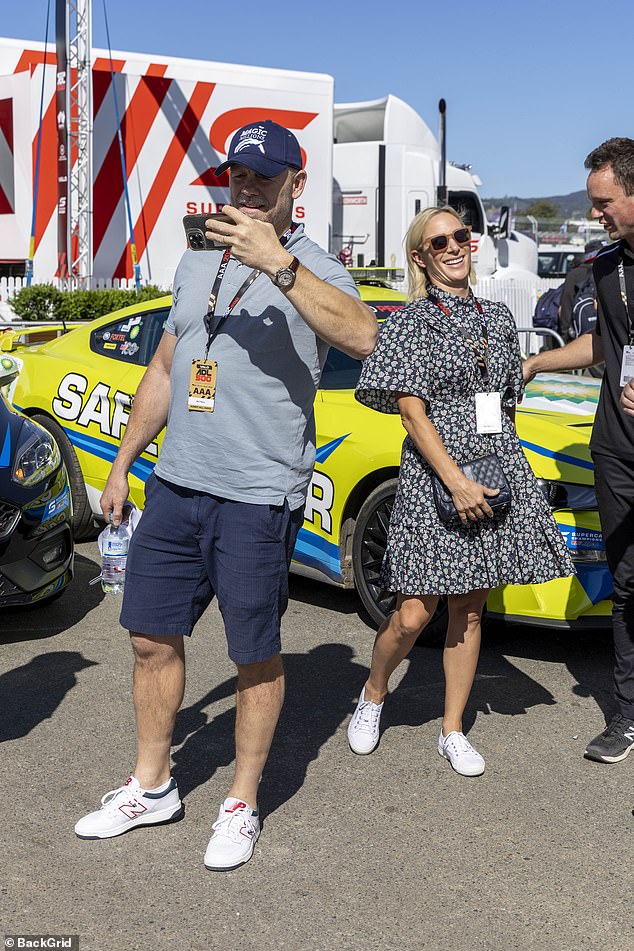 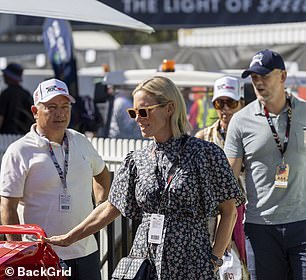 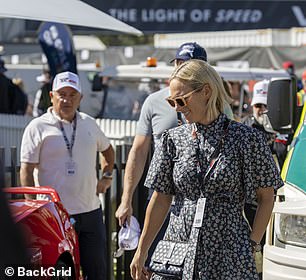 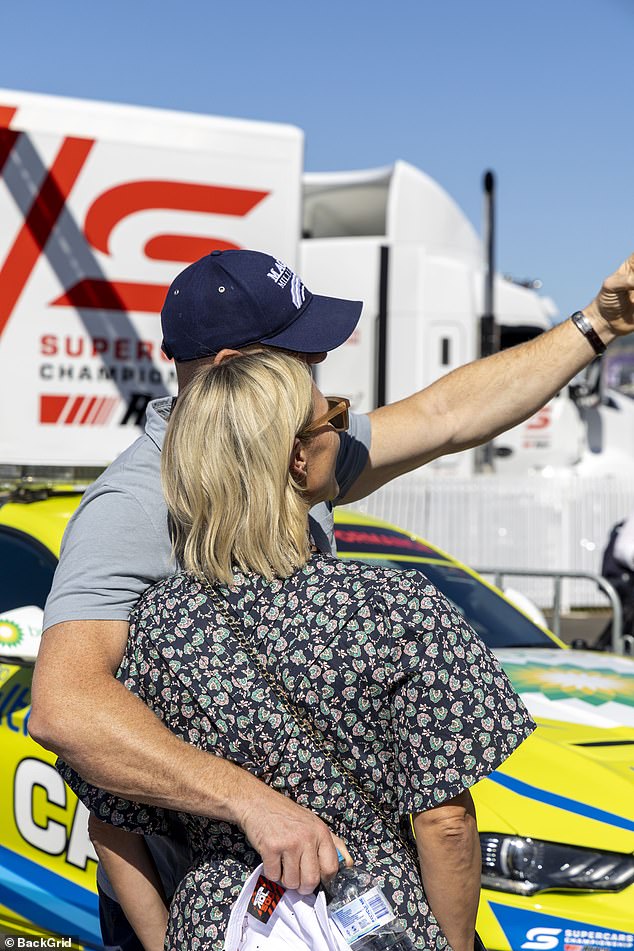 Happy couple! Mike put his arm around his wife Zara as the pair posed for a selfie, which he later posted on Instagram

He added that he and his wife would also take a day to go wine tasting.

Mike became a hit in the jungle, chiefly for his calm demeanour but also for wearing tight colourful budgie smugglers.

And he also recently revealed that  a limited edition of the tight swim pants would go on sale, with the profits going to the Cure Parkinson’s charity.

Fans on social media were quick to engage with the couple.

One wrote: ‘Let’s be honest, this is a royal tour we’re all invested in.’

Another wrote: ‘Lovely to see Mike and Zara out and about in Australia before heading back to the UK.’

A third wrote: ‘I love this… plenty of family time… but just curious to know…are the trunks making a reappearance?’ 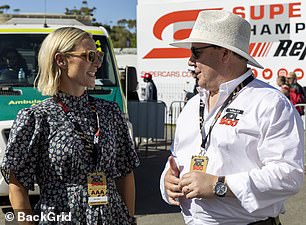 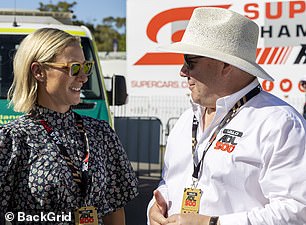 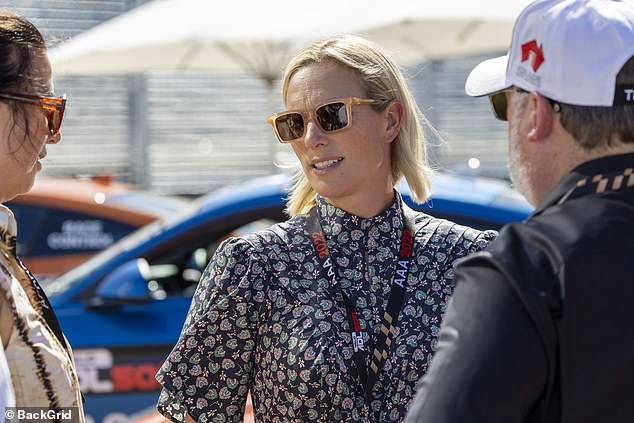 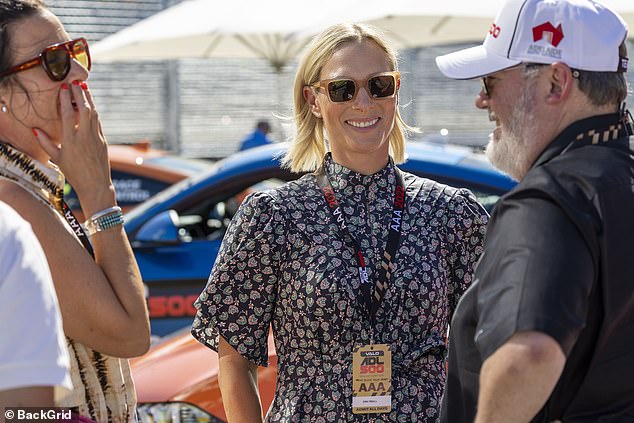 The royal, 41, who is the daughter of Princess Anne and Mark Phillips, appeared amused by the conversation 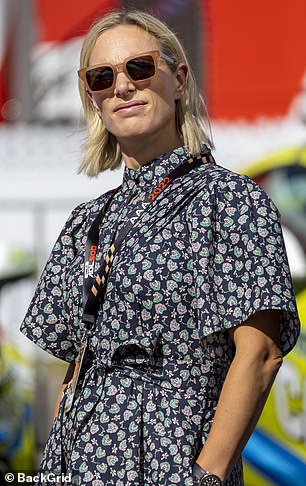 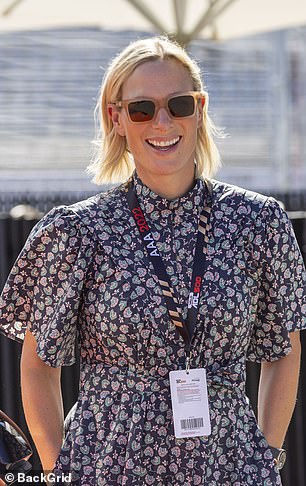 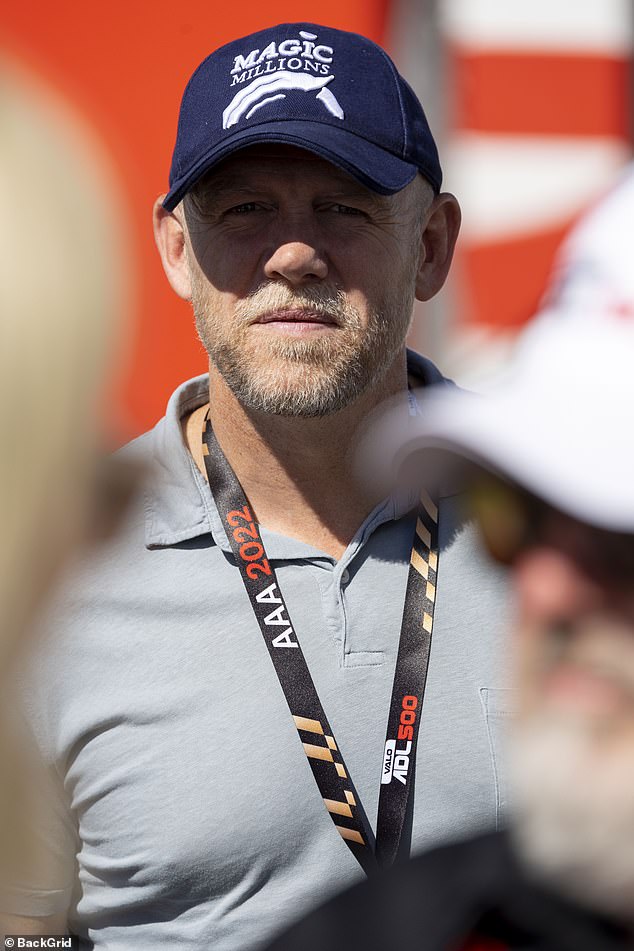 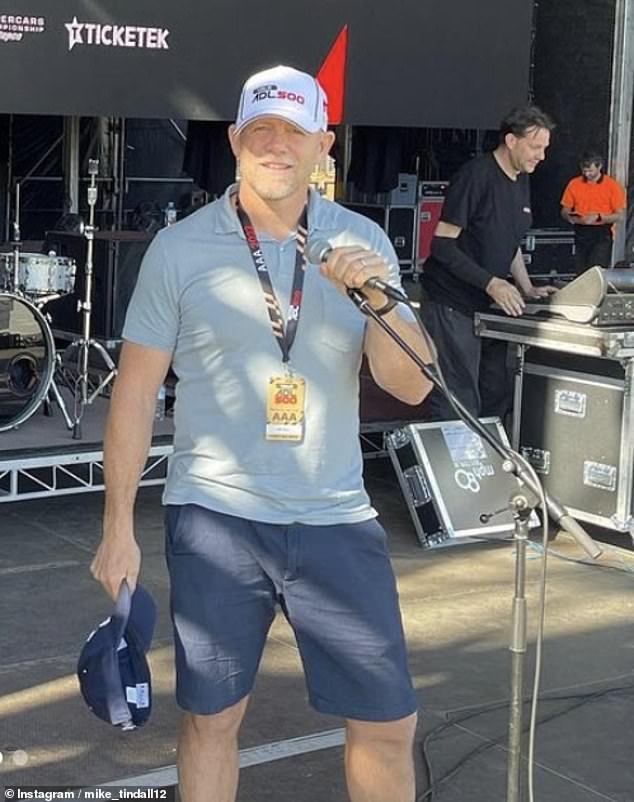 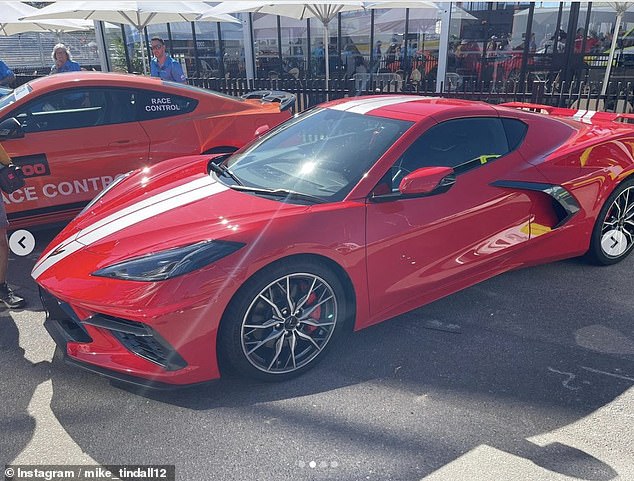 Mike  posted a video of himself on Instagram, racing a little red corvette in the Adelaide 500 is an annual motor racing event for Supercars. 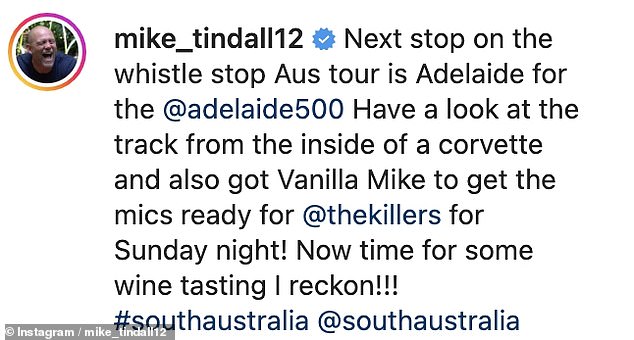 Posting on Instagram, the former rugby star seemed to be enjoying himself, and said it was time for wine tasting 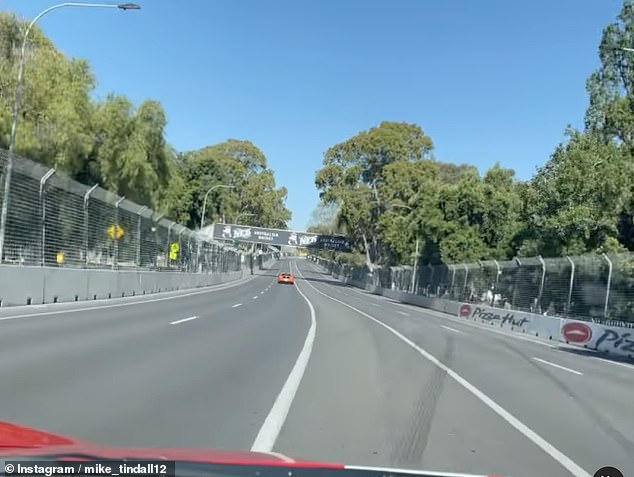 Time for speed: He posted a video of the Adelaide 500 street track from the inside of a corvette 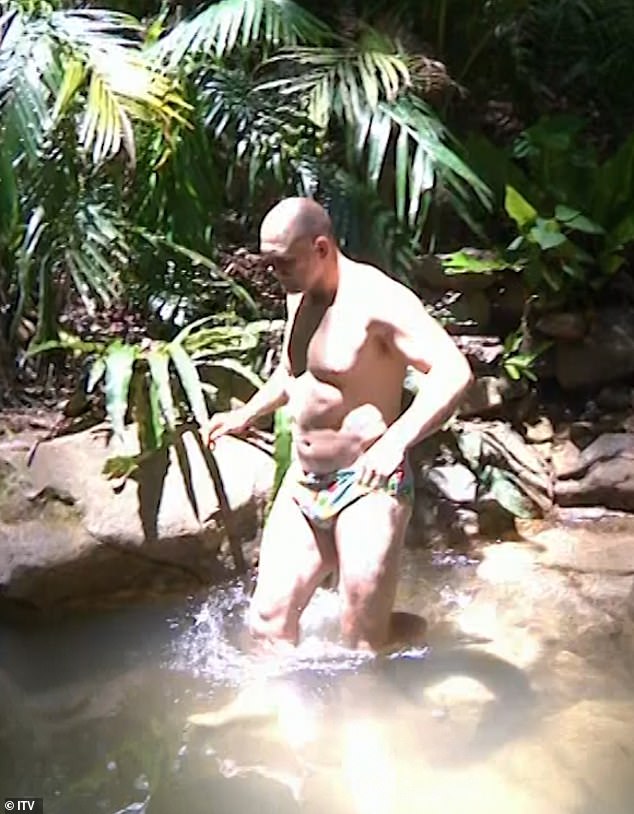 Tiny trunks! Mike Tindall launches his own range of Budgie Smugglers following his I’m A Celebrity 2022 creek cameo in the tiny trunks – with all proceeds donated to charity

It is estimated that Mike earned around £150,000 for appearing on I’m a celebrity.

This is on top of other significant earnings made by him and his wife.

The Queen’s granddaughter and her rugby ace husband, who live on Princess Anne’s Gatcombe estate, have become masters at signing lucrative deals, and are bringing in hefty earnings, according to branding expert Nick Ede.

Zara’s new collaboration with luxury brand Musto is thought to have brought in a  £200,000 and Mike will now likely be offered other lucrative roles.

Despite their wealth, the couple were seen dressed low key and carrying their own luggage during their trip to the southern part of Australia.

The pair touched down in Adelaide on Thursday ahead of the 500 motorsports race.

Blending in with the locals in their casual ensembles, the couple of nearly 20 years looked excited as they traipsed through the airport.

She accessorised with a pair of designer shades to hide her face and strolled around in comfortable white sneakers.

Without a lick of makeup on, the equestrian let her natural beauty shine through as she pulled her golden locks back into a low bun.

Despite her social status, Zara and her former rugby player husband, 44, proved they weren’t too good to catch a commercial flight from Melbourne and also carted their own luggage along.