Mike Tyson gives UFC star Francis Ngannou a masterclass in how to fight Tyson Fury as he prepares for his own return to the ring… so, could we see MMA heavyweight make boxing switch?

UFC star Francis Ngannou was handed a masterclass on how to fight Tyson Fury by former heavyweight champion Mike Tyson – who is ramping up his own training for a return to the ring aged 53.

Ngannou beat Jairzinho Rairzenstruck inside 20 seconds during the behind-closed-doors UFC 249 on May 9 in Florida, with rumours suggesting he may fight WBC heavyweight champion Fury in future.

The other Tyson has also reportedly been in training again with reports he wants to complete a ‘trilogy’ of fights against one-time rival Evander Holyfield, himself now 57. 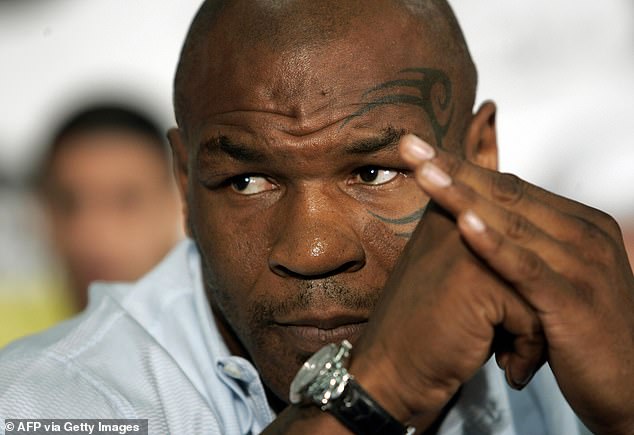 In the video footage, Tyson can be seen talking Ngannou through Fury’s style, stating: ‘He punches long, when he punches like that, he punches long and you’ve got those short punches inside and in and around and boom, got to hit right here to the body. Watch how you hit him with the right uppercut.’

Tyson, the youngest heavyweight champion in history at 20, showed he still had some of his old agility as he demonstrated how to move, evade and counter to the Cameroonian fighter. 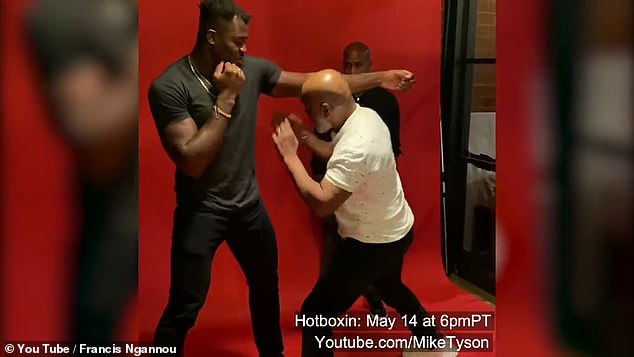 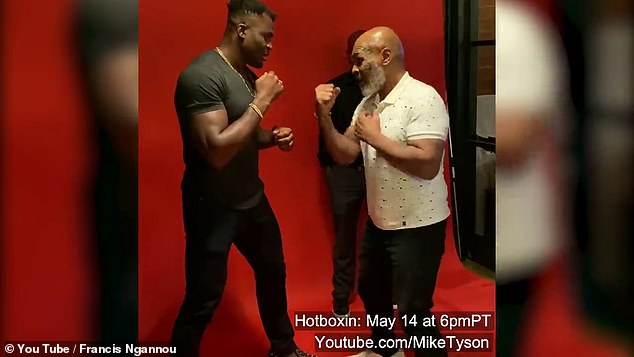 Having retired in 2005, Tyson has reportedly been keen on a comeback, despite being warned against stepping back into the ring by several of boxing’s biggest names including Deontay Wilder.

In November, Ngannou and Fury had a Twitter exchange with the Cameroonian proposing a fight against the Mancunian, to which Fury responded: ‘I’ll deal with you and all the other MMA heavyweights when I’m done with my boxing fights, it won’t be long to wait! Then I’ll show u how we roll.’