Arsenal boss Mikel Arteta has confirmed midfielder Granit Xhaka will not be leaving the club this summer.

The 28-year-old has been linked with a move away from the Emirates Stadium and was reportedly close to joining Roma, now managed by Jose Mourinho, just a few weeks ago.

Xhaka headed Arsenal’s equalising goal during the Gunners’ 2-1 home defeat to Chelsea in a pre-season friendly at the Emirates Stadium on Sunday. 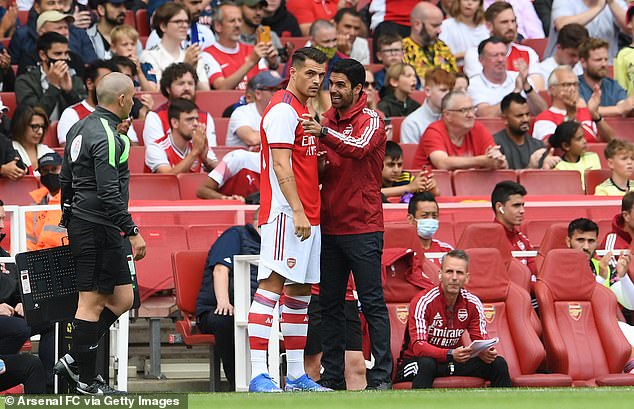 After the game, Arteta told talkSPORT: ‘Granit is going to stay with us. He is a key member of our squad.’

Arsenal midfielder Thomas Partey sustained an ankle injury in the first half against Chelsea following a collision with Ruben Loftus-Cheek.

After the match, Arteta told reporters: ‘I just had a talk with the doctor. He’ll have a scan tomorrow. At the moment, it’s not looking good.’

Arsenal play one final friendly against north London rivals Tottenham on August 8 before their Premier League campaign gets under way against newly-promoted Brentford at the Brentford Community Stadium. 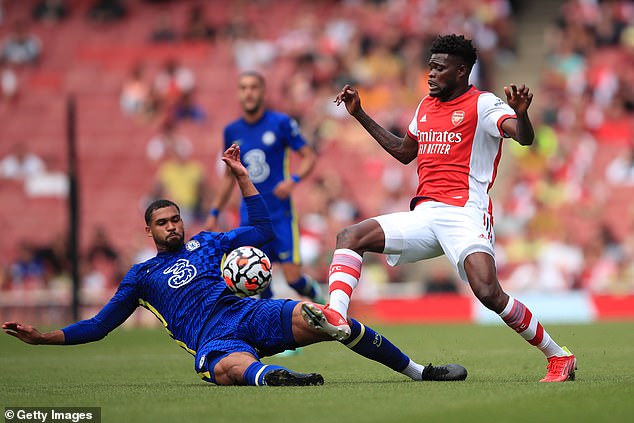