Mikel Arteta insists Arsenal can still attract the best players in the world but refused to be drawn on a move for Dusan Vlahovic.

The Fiorentina star is top of the Gunners’ wish list but Serie A’s top scorer is likely to cost £58million and it remains to be seen if he is keen on the switch.

Vlahovic wants £300,000-a-week wages and would represent a massive outlay for the club, currently competing outside of the Champions League. 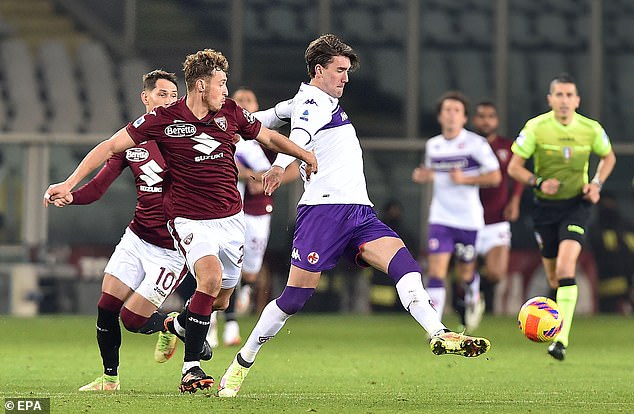 When asked about the Serbian striker in Wednesday’s press conference ahead of their Carabao Cup clash with Liverpool, Arteta said: ‘I’m really sorry to disappoint you but you know I’m not going to be discussing any transfer rumours.’

But the Spaniard did insist Arsenal can still be a lure for the best players in the world.

Although Vlahovic may not fall in that category yet, he is of interest to a number of clubs and would be considered a coup if a deal could be pulled off.

The manager continued: ‘I don’t know. Historically this club has always been targeting the best players in the world and they were always interested to come here.

‘I can say that hasn’t changed. Every time I’ve spoken to a player they were so willing to come. That’s a big advantage for us.’ 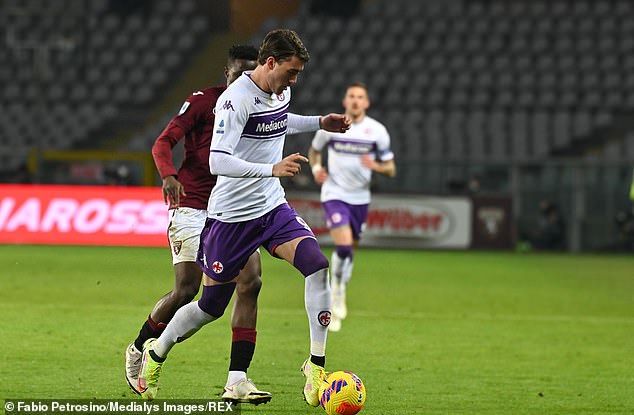 Tottenham are also interested in the Serie A top scorer and interested parties have been told £15m will need to be paid to the players’ camp.

Vlahovic has scored 23 goals in 28 senior appearances for Fiorentina and Serbia this season and there is an acceptance that bigger clubs could circle for him in the summer, prompting a sense of urgency.

In terms of outgoings this month, Arteta insisted Eddie Nketiah ‘is our player’ and will stay. He also spoke about sending Ainsley Maitland-Niles to Roma on loan.

‘We talked about all the possibilities’, he explained. When you are finalising a deal there are certain things you cannot miss when finalising the deal. The interest of the player was that clear. 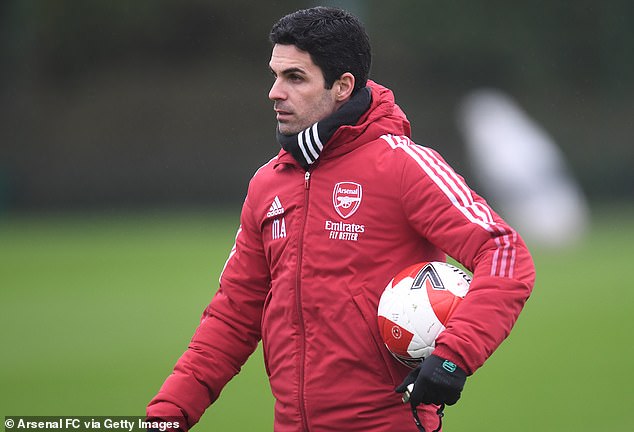 Having had the first leg of the Carabao Cup semi-final postponed after Liverpool’s raft of false positive Covid tests, Arteta’s men now prepare to visit Anfield on Wednesday evening.

He said: ‘The situation (with the squad) is extremely volatile and uncertain. In the last week or so we lost so many players for many reasons and we are trying to adapt to that.

‘There’ve been different reasons. Some injuries, some COVID and some at AFCON.’

So it remains to be seen what kind of Arsenal team will be available as they look to put the disappointing defeat by Nottingham Forest in the FA Cup behind them.