Mikel Arteta is a ‘DISGRACE’ for whipping up the crowd, fumes Paul Scholes

Mikel Arteta is a ‘DISGRACE’ for whipping up the crowd to ‘try and influence the referee’ over a key VAR call, fumes Paul Scholes… with the ex-Man United star adamant Arsenal boss ‘shouldn’t be allowed to do that’

Paul Scholes ripped into Mikel Arteta by labelling the Arsenal manager a ‘disgrace’ for his touchline antics against Manchester United.

Referee Craig Pawson went over to the VAR monitor at the Emirates Stadium to check a possible penalty on Bukayo Saka after he was clumsily bundled over by United’s Alex Telles.

Arteta was seen gesturing to the crowd to increase the noise and Scholes felt that that ‘shouldn’t be allowed’ as it was done to ‘influence’ the referee. 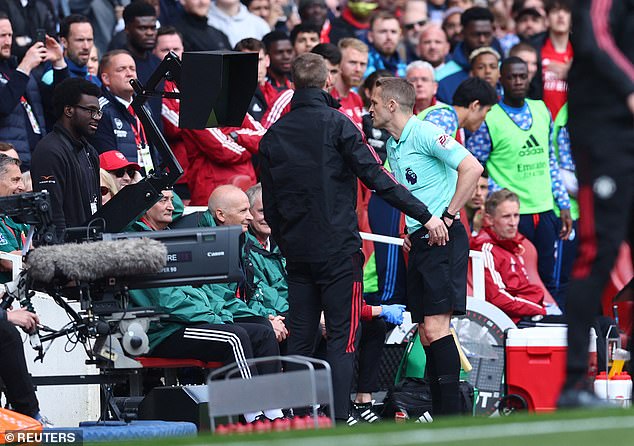 ‘I didn’t really think of the foul, to be honest,’ Scholes told Premier League Productions.

‘That brings into question whether it’s a clear and obvious error, which is the only reason it should go to the VAR.

‘It’s a coming together, of course it is. I think Arteta is a disgrace there. He shouldn’t be allowed to do that.

‘If you see it again, he actually goes to the crowd to try and influence the referee a little. 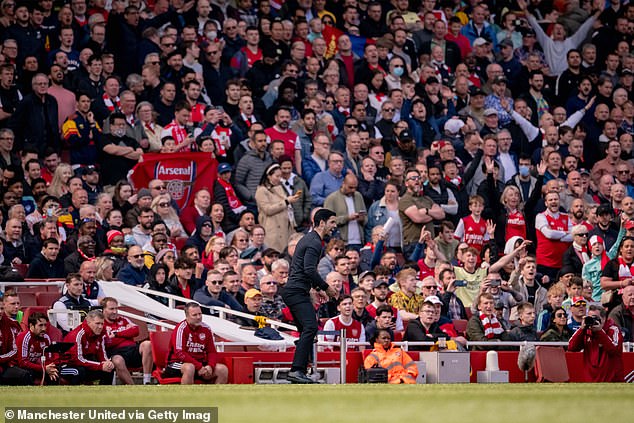 ‘All the players around them as well. That shouldn’t be allowed but it’s a little bit clumsy from Telles.’

Pawson did award the penalty for the foul and Saka converted to make it 2-0, adding to Nuno Taveres’ close-range opener.

Cristiano Ronaldo got one back for Manchester United, dedicating the goal to his newborn son who tragically died, before Granit Xhaka sealed a 3-1 victory for Arsenal.

The win for the Gunners has left United’s hopes of the top four hanging by a thread while Arsenal are now in fourth and in control ahead of a frantic final few games. 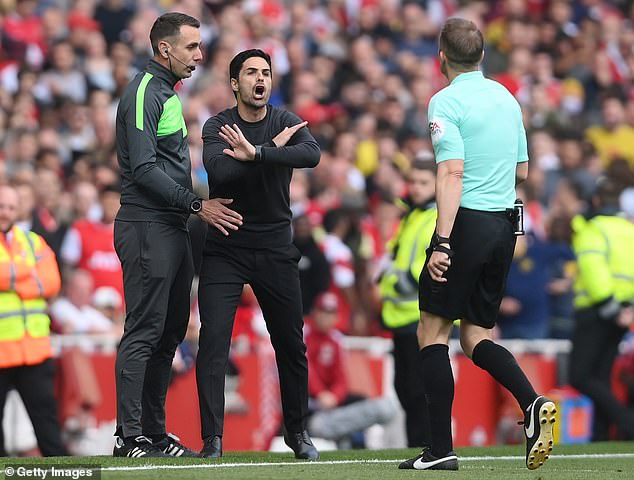 As irritated as Scholes was by Arteta’s behaviour, he continues to be at a loss to describe how poorly United have played this season.

Speaking after the Arsenal loss he opened up on a conversation he had recently with United midfielder Jesse Lingard which made it known how sour the mood is.

He said: ‘It’s an absolute mess. It’s a disaster of a dressing room.

‘I had a quick chat with Jesse the other day and I’m sure he won’t mind me saying he said the dressing room is just a disaster.’