Mikel Arteta looked at home in the big chair on Tuesday, rocking back, batting away questions about Manchester City’s financial muscle and claiming they own the best players in the world.

He was in Pep Guardiola’s seat as the manager serves a one-match touchline ban on Wednesday, a suspension held over from last season’s Champions League quarter-final defeat by Liverpool.

Guardiola decided to swerve Tuesday’s press conference, offering Arteta the opportunity to take control of all aspects of the game against Lyon. 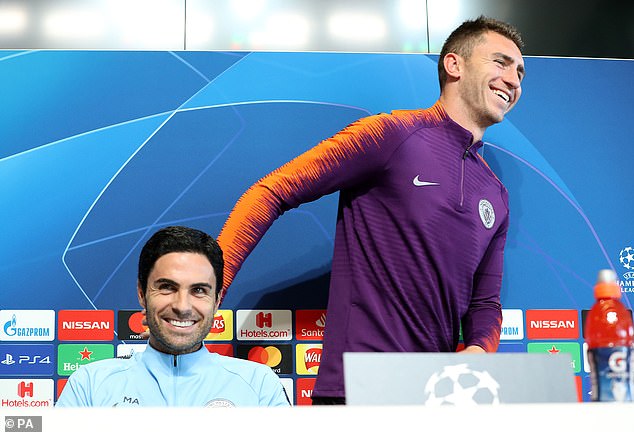 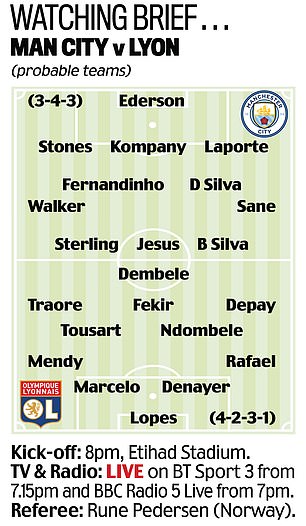 Arteta will also deliver the team talk in Guardiola’s absence and this is definitely a sign of things to come. Guardiola believes the Spaniard, with whom Arsenal flirted in the summer, is destined for management sooner rather than later. The hope for some is that he sticks around long enough to eventually take over at the Etihad Stadium.

‘If I had to choose, I would choose Pep on the touchline, because he does that job better than anyone else,’ said Arteta. ‘But it is a very good challenge for me. He had a very clear role for me when he asked me to join because I was in the Premier League for 15 years. My learning in the last two years has been incredible alongside him.

‘You all know some things happened (with Arsenal) and the reality is I am here. I am privileged to be where I am. I feel very fulfilled. I’ve known Pep a long time. We have the same mentality, philosophy. We click together and understand each other really well.’

Arteta undersold that slightly. His speed of conversation with Guardiola is so lightning quick that it can completely go over the heads of bystanders, even those who have been in the game for decades. 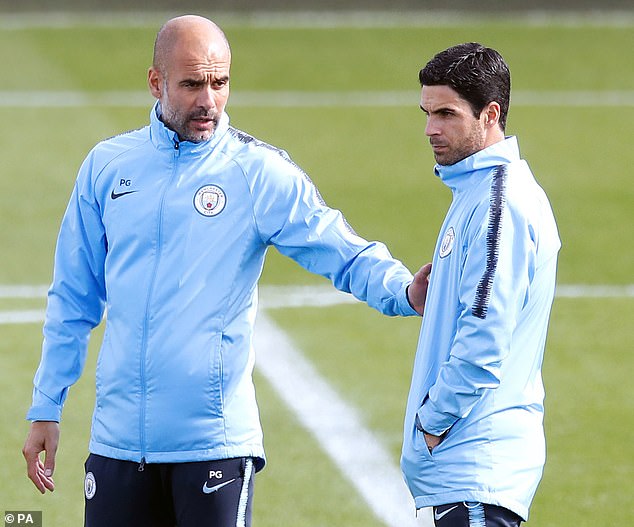 They are spending an increasing amount of time together and Arteta is described as a talkative student, pushing Guardiola when the situation permits. He often suggests tweaks and his tactical switch at Arsenal was instrumental in victory on the opening weekend.

Sources labelled the 36-year-old ‘a new signing’ over the summer after he assumed the role of No 2 following Domenec Torrent’s departure to New York City. His running of training sessions is lively and players are enthusiastic about his drills, which last a maximum of 10 minutes to keep things fresh.

These are the same players who enter this year’s competition as favourites and who Arteta insisted are the best in world football. 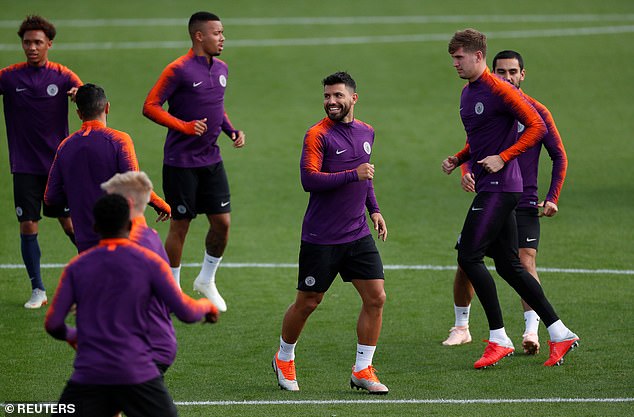 Arteta, who was linked with the Arsenal job, claims City have the ‘best players in the world’

‘People seriously think we are candidates. It means we are doing things really well,’ he added. ‘For me, we have the best players in the world and I look at our players as if they are the best.

‘They are fantastic, the hunger in this group is incredible. People talk about money to spend. ‘But they have to look inside this club, what we have created, it’s phenomenal.’

Guardiola always talks about City’s lack of experience in the Champions League as a reason for failure but his assistant believes the time has come to change that.

‘Winning it is the aim,’ Arteta said. ‘We feel we are better prepared this year. I don’t believe spending is the reason people think we can challenge. I think the reason is how consistent we have been and the way we play against big teams. There has to be a motivation, not a pressure and that’s the way we take it.’