Arsenal manager Mikel Arteta revealed his players sang William Saliba’s new song in the dressing room after the game to celebrate their 3-0 win over Bournemouth this evening.

Gunners fans paid tribute to new hero Saliba from the stands throughout the game, debuting a version of the song ‘Tequila’ in tribute to the Frenchman.

Arteta has now said that his players continued the vocals into the changing room after the game, admitting ‘it is a good song’. 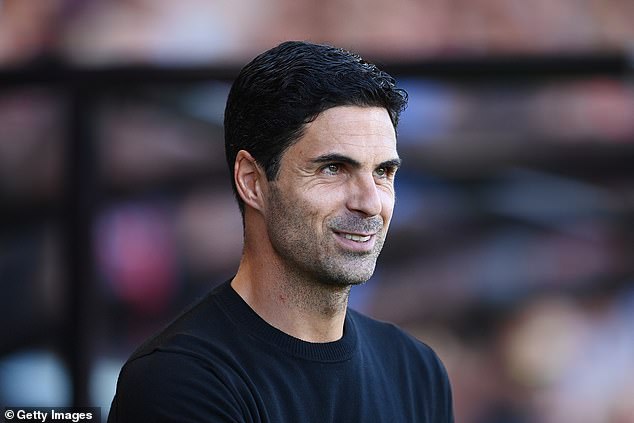 Saliba put in a strong performance and scored Arsenal’s third goal of the game with a curling finish from the edge of the box, and has already won over the Gunners’ fanbase despite playing just three first team games.

The travelling fans at the Vitality Stadium could be heard in full voice throughout thematch, singing songs aimed at several of their players, but Saliba was the main target of the praise which will be welcomed as a breath of fresh air after several years of frustration at the club.

Arteta said after the game: ‘The boys were singing it [the song] in the dressing room. It is a good song.’

Arsenal put in a dominant performance against Bournemouth, with a brace from Martin Odegaard getting Arteta’s side of the ideal start before Saliba’s strike made it three in the second half.

The Gunners top the Premier League table with three successive wins to start their campaign, scoring nine goals and conceding just two as they continue to prove they are a side to be taken seriously this season.

Saliba continued to impress in the heart of Arsenal’s defence and carried on a fine start to his playing career in North London, before sending fans into ecstasy with a fine finish on 54 minutes. 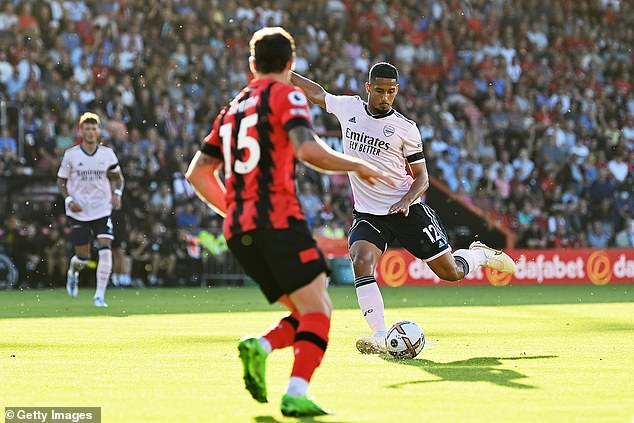 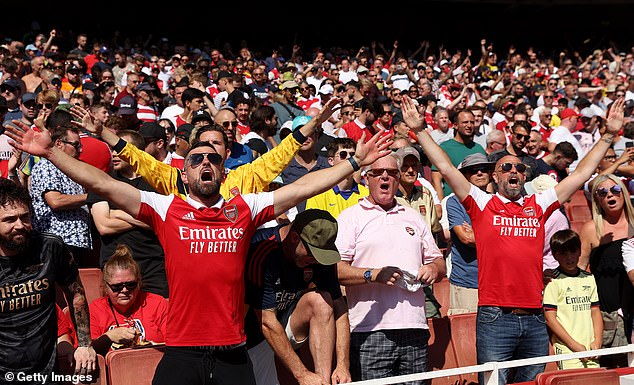 Arsenal fans were vocal throughout the match, celebrating as their side eased to victory

The parody of The Champs’ 1958 hit could be heard for several minutes before the 21-year-old’s goal, and only grew louder once he’d found the back of the net.

Brief pauses from the tune were taken to show appreciation for several other Arsenal stars including Fabio Viera and Granit Xhaka, but it was the song of choice once again at full time as the Arsenal players showed their thanks to the travelling faithful.

Mikel Arteta, who joked that Saliba’s finish was ‘the last thing’ he expected, heaped praise on his defender at full time, giving credit to the defender ‘for the way he is playing and performing’. 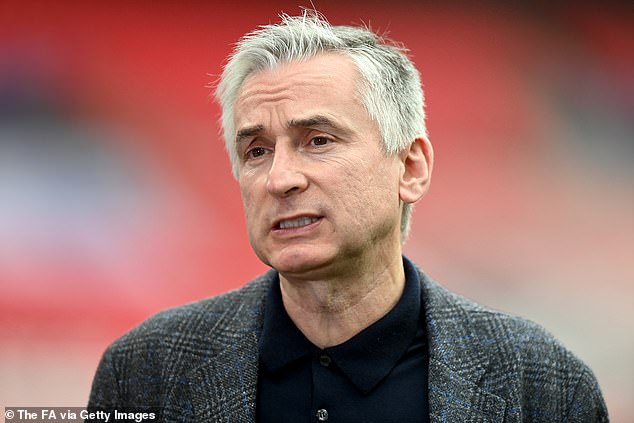 Smith, who was on commentary during the game, said: ‘Saliba has been welcomed into the fold by the players and the fans. He would have gained a lot of confidence in France and especially making his debut for national team, when really he couldn’t find a place at his club.

‘He’s come back, Arteta has shifted Ben White to right-back and we will see if that continues. Fair play to Arteta.’

Redknapp added: ‘Going away has really helped him grow as a player and the Premier League is so unforgiving.

‘Having Gabriel alongside him, I know he is still a young player but he has that authority. They look like a real partnership and if you can keep them fit they have half a chance.

‘Even when they were coming under pressure they withstood it and three games in the signs look very very good.’