Mikolas (18-4) allowed one unearned run and five hits in his fifth straight win. He struck out six, walked none and improved to 10-0 in 16 road starts.

Carlos Martinez worked a perfect ninth for his fifth save in five chances.

Matt Carpenter and Paul DeJong each had RBI singles. Carpenter also scored a run. And the Cardinals got back to winning after matching a season high with four straight losses.

Hamels (4-3) was a tough-luck loser, dropping his third straight start after going 4-0 in his first nine outings following a trade from Texas. The veteran left-hander gave up two runs, one earned, and three hits in seven innings. He struck out eight, walked two and hit two batters.

The Cubs got their run in the first.

St. Louis scored in the fourth and fifth, with Carpenter playing a role in both runs.

He reached on interference by catcher Victor Caratini and scored on DeJong’s single in the fourth. Harrison Bader got hit by a pitch leading off the fifth and scored on a single by Carpenter, who got thrown out by Caratini trying to take second on the play.

Cubs: RHP Pedro Strop (strained left hamstring) said he does not expect to pitch again until the playoffs. Injured running to first on a double-play grounder at Washington on Sept. 13, he still experiences some discomfort on the landing throwing off the mound. “I expect to feel it a little bit,” Strop said. “But it was nothing major, nothing like I reinjured it. I knew it was gonna hurt at some point. I’m not afraid of it.”

Cubs: LHP Mike Montgomery (5-6, 3.99 ERA) tries to close out the regular season on a winning note after getting tagged for five runs in four innings in a loss to Pittsburgh on Tuesday. 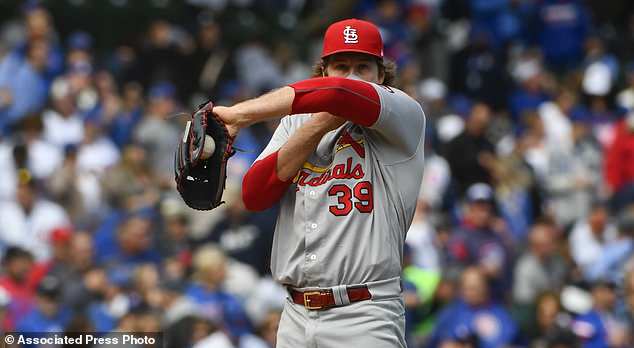 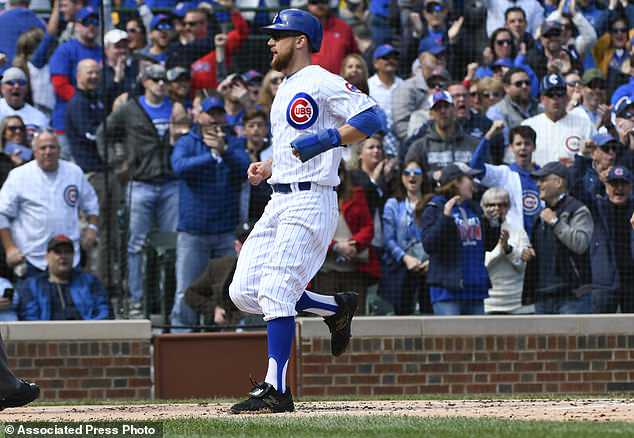 Chicago Cubs’ Ben Zobrist (18) scores during the first inning of a baseball game against the St. Louis Cardinals on Saturday, Sept. 29, 2018, in Chicago. (AP Photo/Matt Marton) 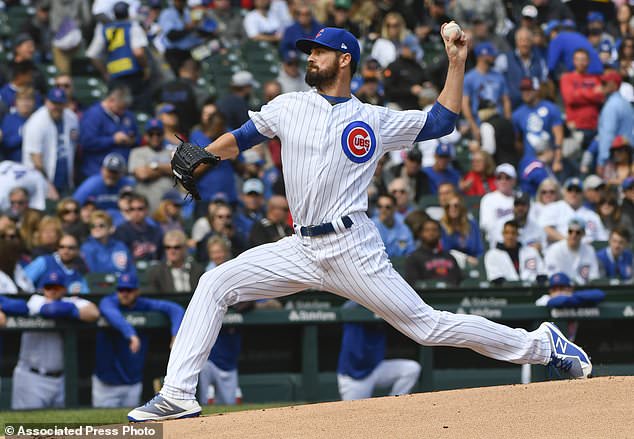 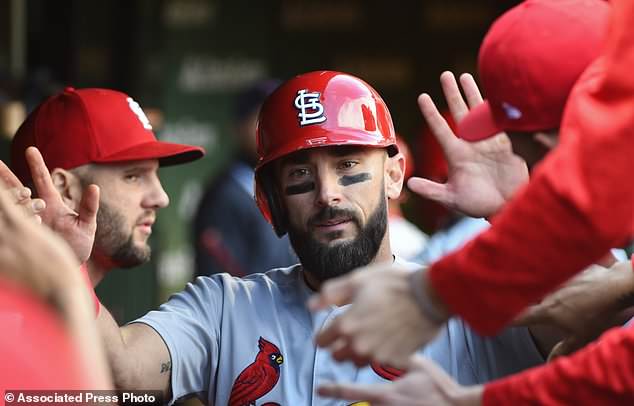 St. Louis Cardinals’ Matt Carpenter (13) celebrates in the dugout scoring in the fourth inning of a baseball game against the Chicago Cubs on Saturday, Sept. 29, 2018, in Chicago. (AP Photo/Matt Marton)