Milan 2-1 Roma: Giroud and Messias on target as hosts narrow the gap on leaders Inter to one point

AC Milan put COVID-19 concerns to one side as they beat AS Roma 3-1 in Serie A on Thursday to close the gap on leaders Inter Milan to one point as the visitors finished with nine men.

Rising COVID cases deprived Milan of several key players ahead of their first game since the winter break, but the hosts started well, racing into 2-0 lead inside 17 minutes thanks to Olivier Giroud’s penalty and a fine Junior Messias finish.

Roma coach Jose Mourinho, making his first return to the San Siro since he guided Inter to the treble in 2010, saw his side respond well, with striker Tammy Abraham getting the visitors back into the match five minutes before the break.

AC Milan saw off rivals Roma to close the gap on Inter, with Olivier Giroud netting the opener 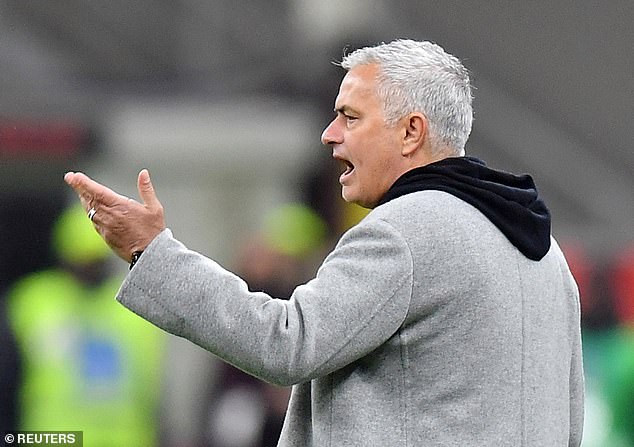 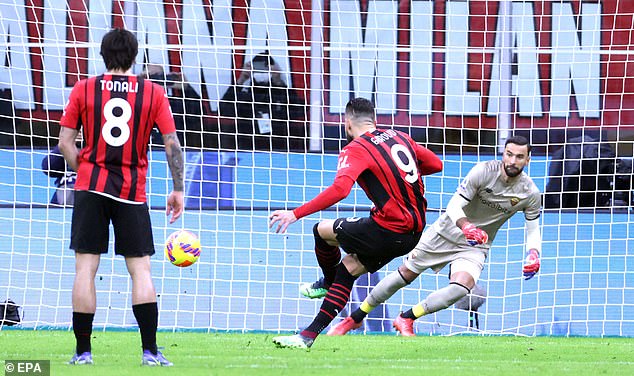 There were chances at both ends of an entertaining second half, before Milan’s task became more manageable after Roma’s Rick Karsdorp was sent off for a second booking in the 74th.

As the 10 men pressed for an equaliser, substitutes Zlatan Ibrahimovic and Rafael Leao combined to put the game to bed eight minutes from time, with the Brazilian arrowing home his side’s third goal.

Roma went down to nine players when Gianluca Mancini was sent off in stoppage time when he conceded another penalty and although Ibrahimovic failed to convert from the spot, it mattered little as the hosts saw out the win. 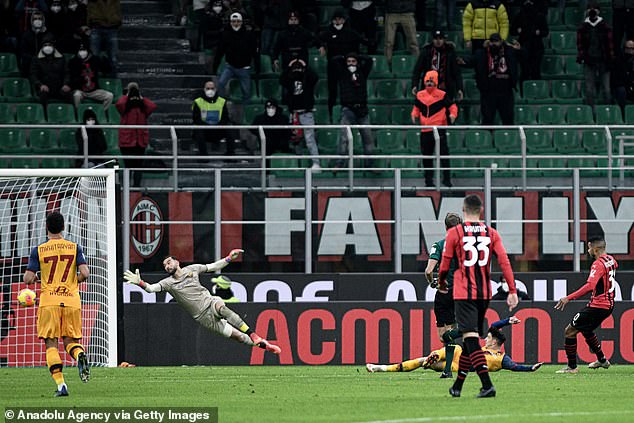 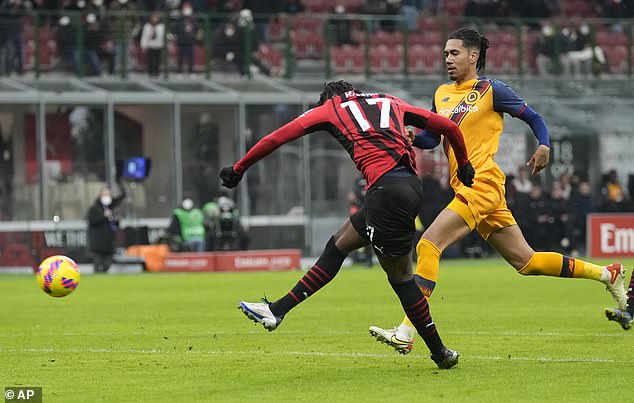 Inter’s clash at Bologna was abandoned earlier on Thursday due to the number of COVID-19 cases in the hosts’ camp, allowing Milan to put pressure on the champions as they reached 45 points from 20 matches, while Roma are seventh on 32.

Thursday’s matches were held on a national holiday in Italy, the Epiphany. Another full slate of 10 matches is scheduled for Sunday.

Stadium capacities have been reduced from 75% to 50% following a government decree aimed at combatting the latest outbreak, and spectators must now wear masks. 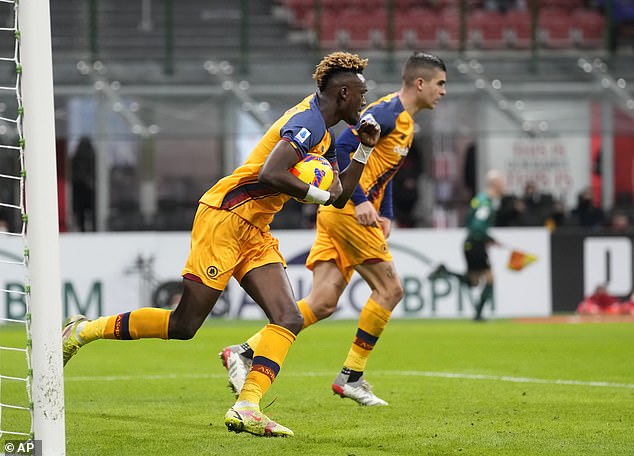 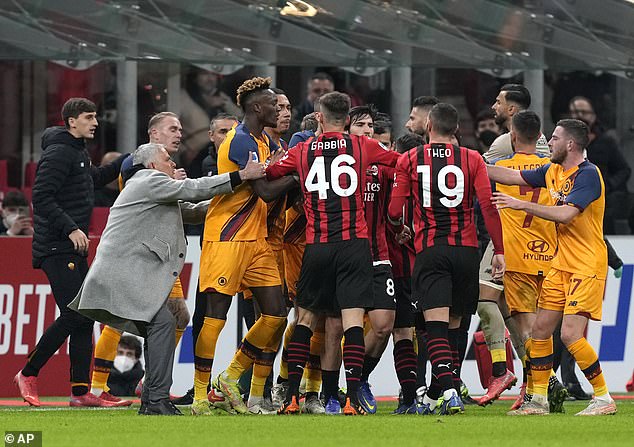 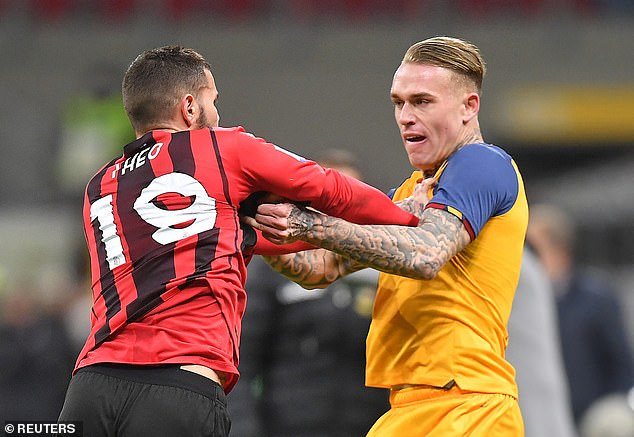