By Martin Beckford for The Mail on Sunday

A militant trade union has been accused of blocking Government plans for more firefighters to respond to terrorist attacks.

The Fire Brigades Union is demanding more money for its members before it agrees they should be called upon to rescue casualties from the scene of a massacre.

Deadlock in the long-running dispute means fire brigades are having to rely on volunteers and senior officers to man the specialist teams that are on standby to tackle Marauding Terrorist Firearms Attacks (MTFA).

It comes after last week’s critical report into the Manchester Arena atrocity found that ‘risk-averse’ chiefs kept specialist fire crews away from the scene for two hours. Last night a Whitehall source said the FBU was ‘dragging its feet’ on the vital issue, adding: ‘It’s disappointing they have chosen to use this as a bargaining tool.’

And a new briefing by the National Fire Chiefs Council admitted: ‘The overall operating environment in terms of the national FBU position on the undertaking of the MTFA role continues to provide a challenge to a small number of fire and rescue services.’

The Fire Brigades Union is demanding more money for its members before it agrees they should be called upon to rescue casualties from the scene of a massacre. Pictured: The FBU’s Andy Dark

Fire brigades were first asked to set up specialist teams to help respond to terror attacks in 2011 and there are currently 15 around England. They are on call round the clock and equipped with stretchers so they can carry the injured out of the ‘warm zone’ where a terror attack has taken place and into safety, where paramedics can treat them.

But because there has been no agreement with the FBU to make it a contractual requirement, all those who take part are volunteers and in some brigades only senior officers or non-union members are on the teams.

Last year, the FBU advised its members there was ‘no obligation’ for them to take part in any training exercises for terror attack response.

Assistant General Secretary Andy Dark has said it is only fair for the Home Office to provide more money when firefighters were being asked to do work which is more skilled and more dangerous, insisting: ‘We haven’t used it as a bargaining chip.’

Lord Harris of Haringey, who investigated London’s preparedness for a terror attack, urged the Home Office and the FBU to resolve the issue.

The Home Office said: ‘The Government is clear that responding to this type of attack falls within the duty of firefighters. This position has been strongly supported by fire and rescue services which have an MTFA capability and the National Fire Chiefs Council.’ 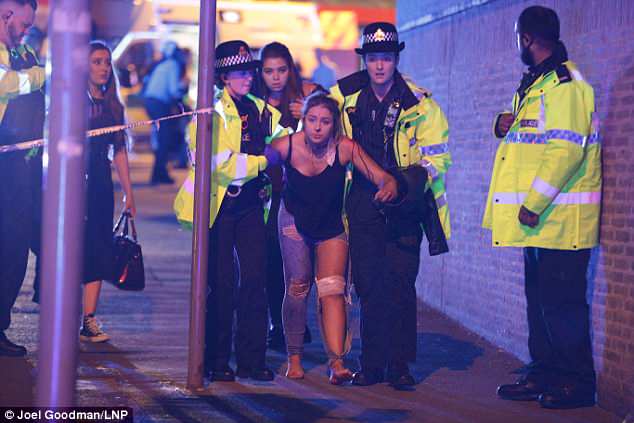